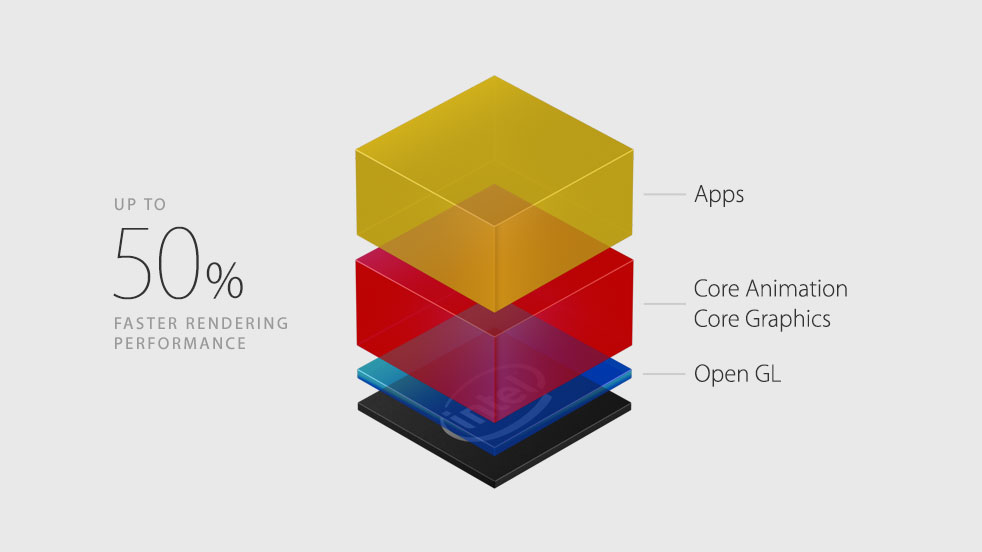 When OS X 10.11 El Capitan launches this fall, it will feature Metal, a graphics framework Apple originally introduced for iPhones, iPads and iPods following the release of iOS 8 last fall. In addition to making El Capitan’s user interface and apps perform smoother than before, Metal for Mac is absolutely huge news for game developers and makers of graphics-intensive apps.

Like on iOS, El Capitan’s Metal significantly reduces the overhead of graphics frameworks such as OpenGL by enabling low-level access to your Mac’s graphics subsystem. Photo apps, games and video editing software like Adobe After Effects will experience up to ten times faster draw call performance by offloading certain tasks from the CPU onto the GPU.

But does your Mac sport modern hardware needed to support Metal’s features? It’s dead simple to determine this for yourself, here’s how.

Metal for Mac takes advantage of modern GPUs from NVIDIA, AMD and Intel.

Apple has said that Metal will be supported on Macs made since 2012, meaning older models won’t experience speed increases promised by Metal.

For fans of bulleted lists, the following models are supported:

Step 1: Choose About This Mac in the Apple menu.

Step 2: A window will pop up with basic information about your system, including a version of the operating system installed and its model year. 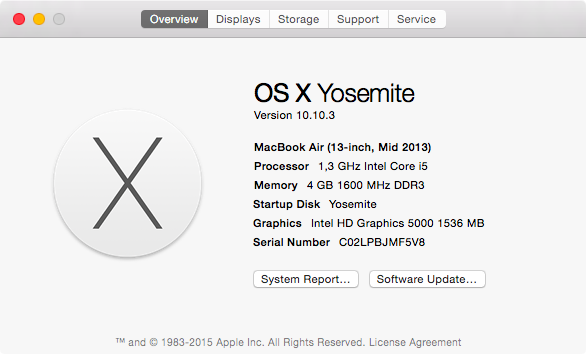 As the screenshot attests, my daily driver is a mid-2013 13-inch MacBook Air so I’ll be enjoying the benefits of Metal when El Capitan arrives.

OS X El Capitan Developer Preview runs on every Mac capable of supporting OS X Mavericks. As for the consumer edition of El Capitan, Apple hasn’t publicized official system requirements on its website yet and likely won’t until the free software update makes its debut this fall.

Some of the key benefits of using Metal over OpenGL include precompiled shaders and deep support for efficient multi-threading, making your Mac’s CPU and GPU work in concert to enhance performance without one of them sitting idle while the other is under strain crunching numbers.

Metal is up to 40 percent more efficient when it comes to rendering than OpenGL, according to Apple. “Metal combines the compute power of OpenCL and the graphics power of OpenGL in a high-performance API that does both,” said the company.

Apple provides a MetalKit framework for developers to integrate Metal into their apps using essential APIs for controlling drawing and loading graphic assets.

Already some of the biggest game developers have pledged their support for El Capitan’s Metal, including Epic Games which demoed a Metal-enhanced Unreal Engine 4 during an on-stage presentation at WWDC.

More about Metal for iOS and OS X can be found on Apple’s website.

Are you looking forward to Metal for Mac?