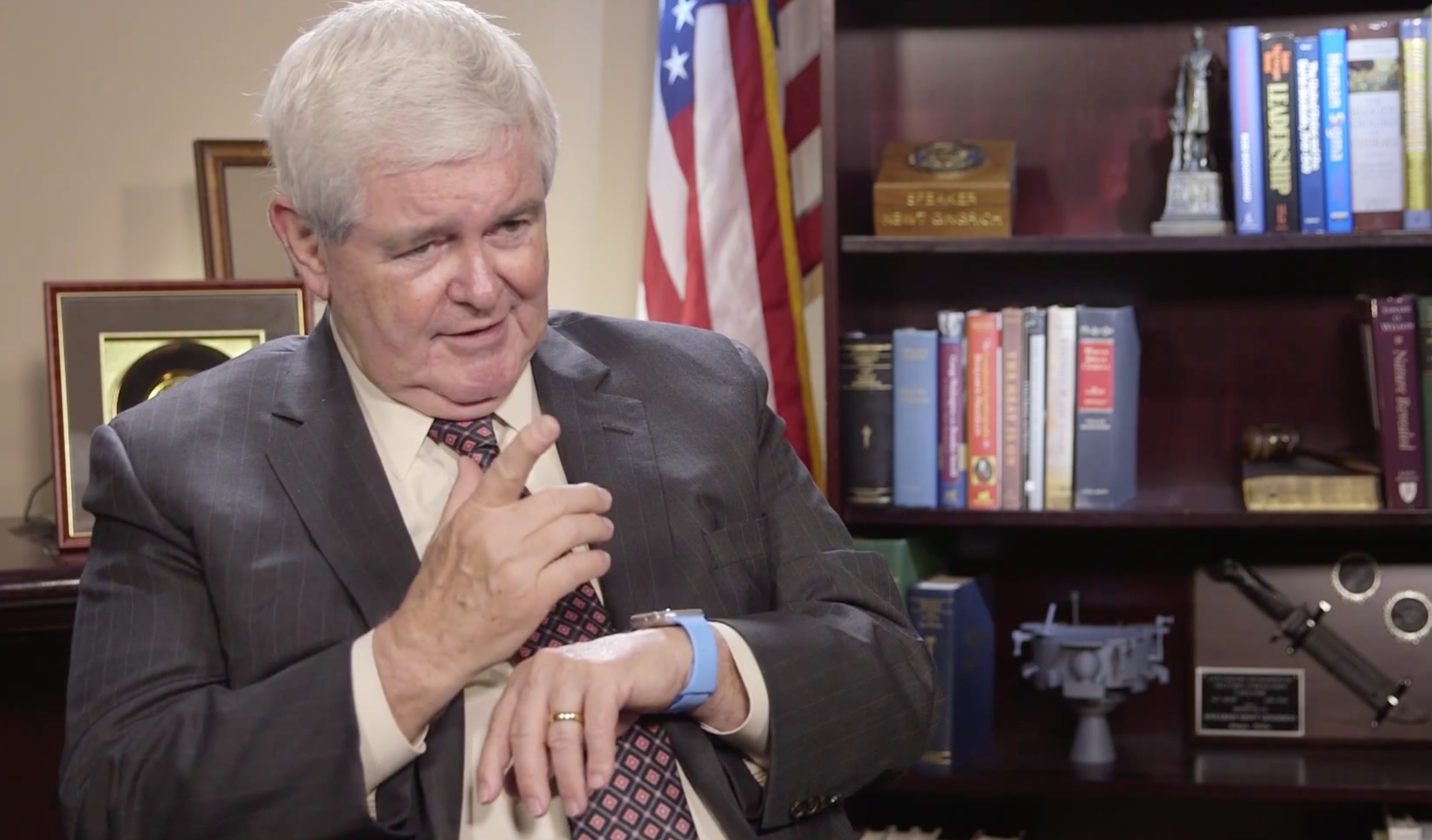 In case you haven’t yet seen the video everyone’s talking about, stop what you’re doing, grab some popcorn and watch former Speaker of the U.S. House of Representatives and a candidate for the 2012 Republican Party presidential nomination Newt Gingrich review the Apple Watch. And he gets a little help from his friends, too: Senator Cory Booker and Republican Cathy McMorris Rodgers.

“At the moment, the Apple Watch seems best suited for busy people who need quick access to information on the go, those who want access to their schedules at a glance and anyone who likes being an early adopter of the newest technology,” he said.

“In many ways, the Apple Watch is like a beta product, but one promising a new direction, much like the first BlackBerrys and first iPhones.”

Without further ado, I give you one and only Newt Gingrich.

He thinks the calendar feature alone “might almost make the Apple Watch worth buying for extremely busy people. And this is his take on Passbook for Apple Watch and using the device as a boarding pass.

“My time at the airport pretty much sums up how I feel about the Apple Watch overall: it’s not as seamless as you’d think but it’s a big step toward the future,” he writes.

Using #AppleWatch as my boarding pass today was fun but not sure about practicality in long run cc @mashable pic.twitter.com/5FlFQbLgm5

Reviewing the Apple Watch was his first assignment for Mashable.

So, how did the former 2012 presidential candidate end up as a technology reviewer for the site? About two years ago, Gingrich, who is now a political consultant, tweeted about driverless cars, writing he “would absolutely review” one for Mashable. 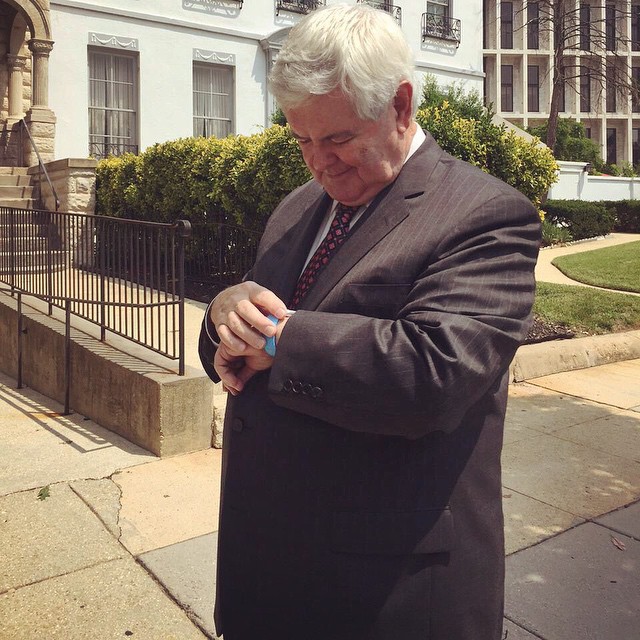 One thing led to another and now Gingrich is a tech reviewer. Sometimes, life works in mysterious ways. Click the source link below to read his 1,000-plus word review on Mashable.