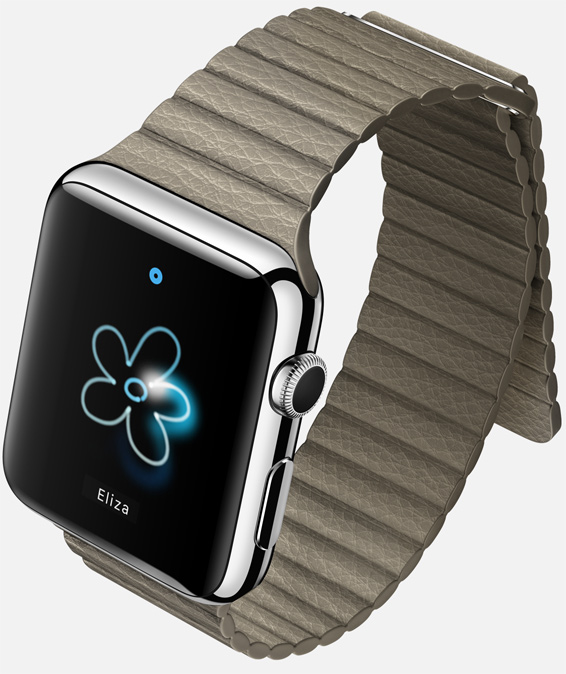 As per web reports, last evening certain Apple Stores in the United States have begun receiving shipments of the device for in-store pickup via Apple’s new Reserve & Pickup service for watch buyers.

In Australia, a few Apple Stores are now offering in-store pickup of online reservations made through the Personal Pickup service.

Moreover, in both the Apple Online Store in Australia and the United Kingdom the in-store pickup option seems to be live and offering reservations to walk-in customers, as indicated by the screenshot below. 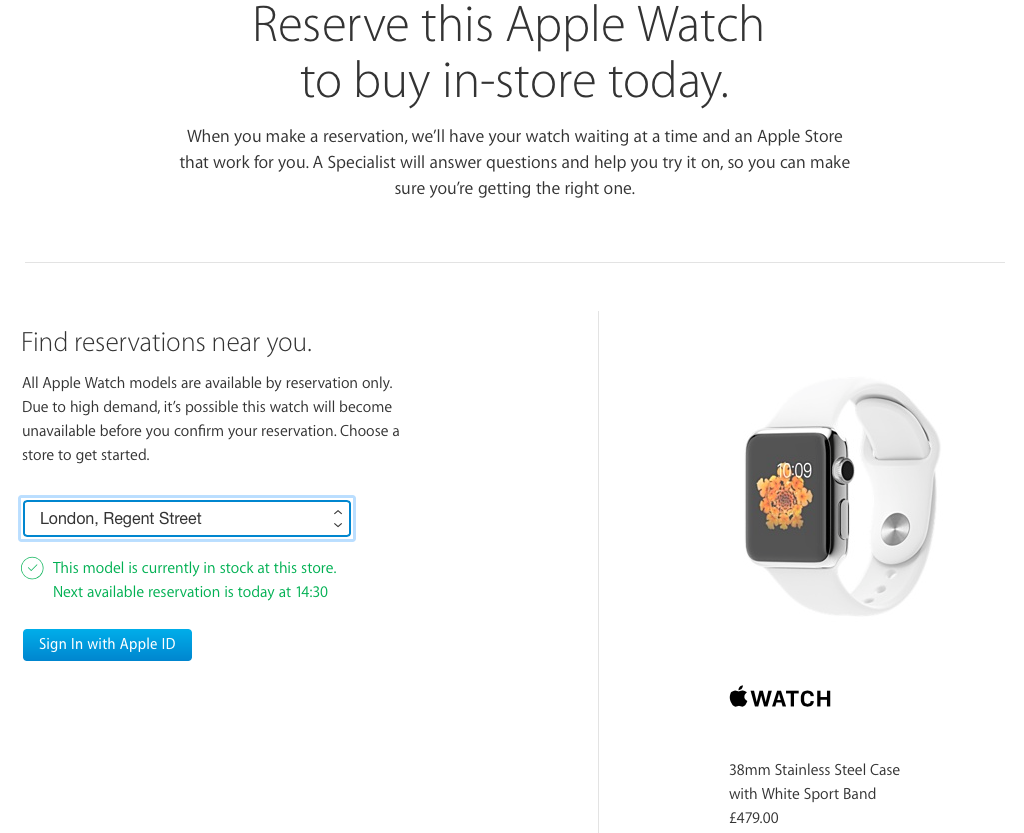 At press time, however, Personal Pickup for the Apple Watch was still mostly unavailable for the vast majority of Apple’s retail locations in the United States.

BGR reported yesterday that walk-in purchases for buyers who have placed an order online would begin today.

“The response to Apple Watch has surpassed our expectations in every way, and we are thrilled to bring it to more customers around the world,” Apple SVP of Operations Jeff Williams recently said.

“We’re also making great progress with the backlog of Apple Watch orders, and we thank our customers for their patience. All orders placed through May, with the sole exception of Apple Watch 42 mm Space Black Stainless Steel with Space Black Link Bracelet, will ship to customers within two weeks. At that time, we’ll also begin selling some models in our Apple Retail Stores.”

Since its April launch, the device has been available for purchase exclusively through the reservation system through the Apple Online Store, with optional try-on appointments.

Availability has been improving lately as Apple appears to have finally caught up to demand after its suppliers solved yield issues with the Taptic Engine and Force Touch.

Earlier this month, most Apple Watch bands were shipping within 24 hours and the wording on the Apple Online Store was recently changed to invite customers to “just walk in to try Apple Watch on.”

CEO Tim Cook reportedly told retail employees during his China trip that the device would land on store shelves in June.

The wrist-worn gizmo made its debut on April 24 in Australia, Canada, China, France, Germany, Hong Kong, Japan, the United Kingdom and the United States.