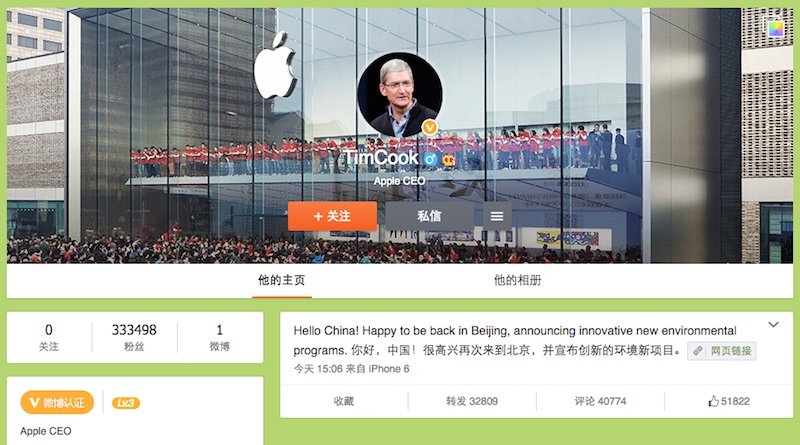 During Tim Cook’s visit to China last week, the CEO held a meeting at Apple’s headquarters in the country to give employees an update on recent happenings. Citing sources with knowledge of the assembly, 9to5Mac provides an overview of everything that was talked about, and there are some rather interesting tidbits.

For starters, Cook told attendees that “the Watch could not be going better,” and that “Apple is working really hard on making more.” He also seemingly confirmed reports that the company has solved some of its supply chain issues, promising that Apple stores will begin carrying Watch inventory sometime next month.

Apple Watch stock has been scarce since it went up for sale in early April. Many customers who pre-ordered the device have still yet to receive it, and most models online show 5-7 week lead times. It’s believed, however, that supply is catching up with demand, and Apple plans to roll out the Watch to more countries in June.

In addition to talk about the wearable, Cook also fielded questions regarding the impending Apple Pay launch in China. The executive explained that part of the reason for his visit to to the country was to meet with potential Apple Pay partners.”I think we’ve made progress,” he said, and is hoping the launch occurs soon.

As you well know by now, China is a significant market to Apple. Despite overall dispiriting iPad sales last quarter, the tablet set records in the country, and overall growth was up 73%. When asked if he thought that China would ever pass the US as top revenue-producer for Apple, Cook said yes, “it’s just a matter of time.”