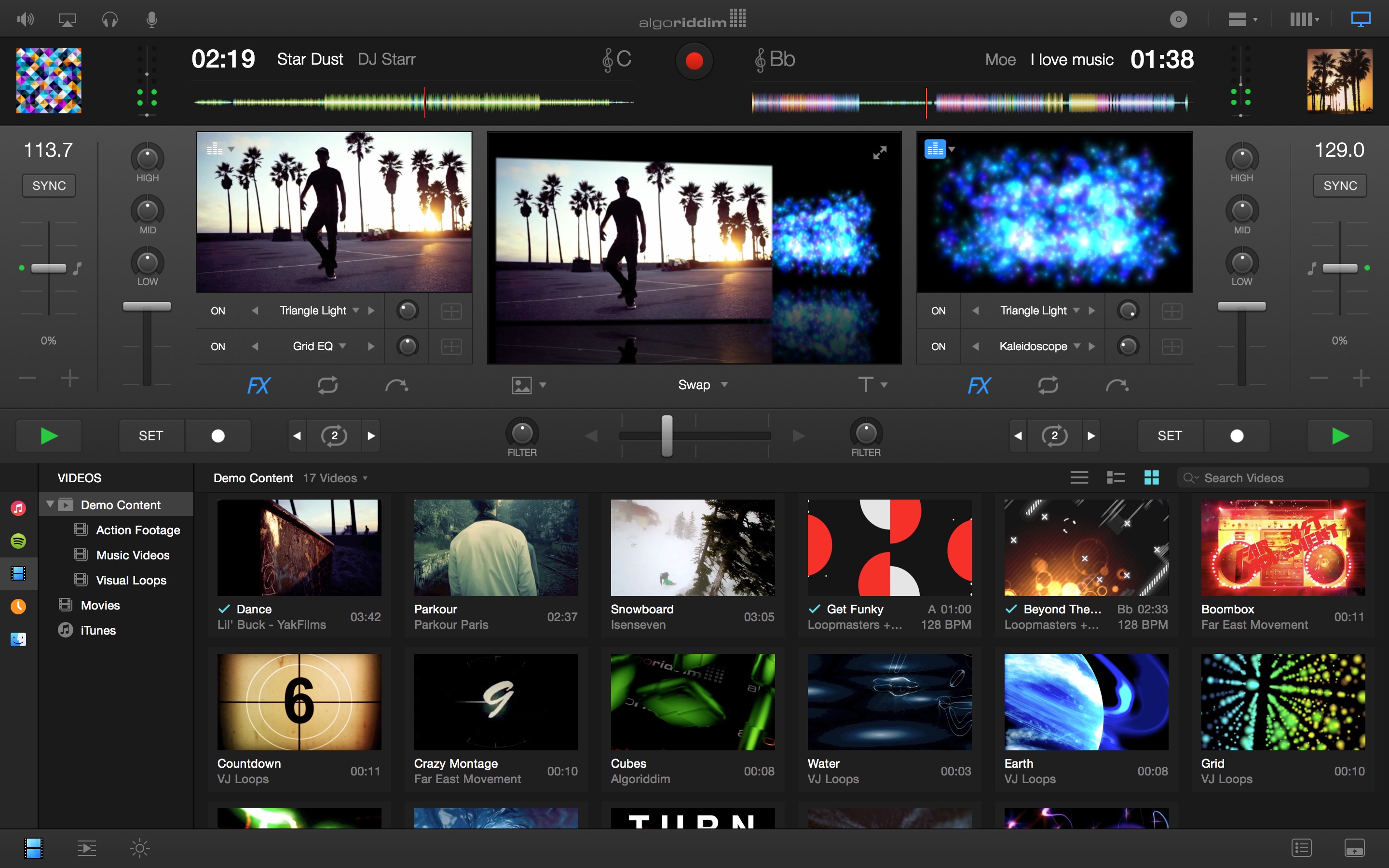 German developer Algoriddim has refreshed its award-winning mixing and scratching application for DJs with support for force-sensing technology on Mac notebooks outfitted with Force Touch trackpad, tighter Apple Watch integration and many other perks mentioned below. In addition, djay 2 for iPhone and djay 2 for Mac both received support for the Reloop Beatpad 2 MIDI controller.

With support for force sensing in djay 2 for Mac, owners of the new 12-inch MacBook and 2015 MacBook Pros with the Force Touch trackpad can apply pressure to access hidden controls to preview tracks, active cue play, reset sliders and more.

Other enhancements in day 2 for Mac include a handy clock in full screen mode, the ability to activate slip mode by holding Cmd button when scratching or clicking play/pause, cue jump or loop buttons and other improvements listed below.

djay 2 for iPhone has also added support for the Reloop Beatpad 2 DJ controller, with automatic transitions now available on your wrist via enhanced Apple Watch integration.

djay apps feature Spotify and iTunes integration and are available across iOS, OS X and watchOS platforms. The Mac version has 4-deck support and other advanced features like high-definition waveforms, audio effects, support for professional DJ hardware such as Pioneer’s CDJ and XDJ line-up of professional digital decks and much more.

Both updates are free for existing users.