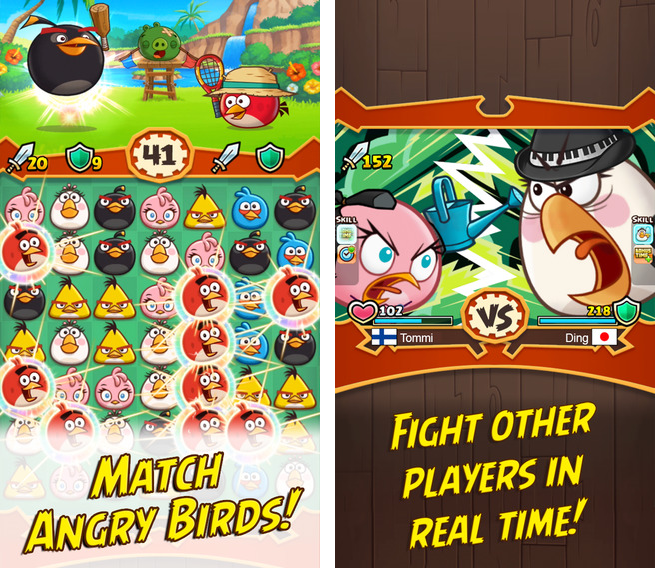 For those wondering, Rovio Mobile isn’t done with its Angry Birds franchise yet. Quite the contrary, the Espoo, Finland headquartered developer, publisher and distributor of video games is now known as Rovio Entertainment Ltd. to reflect its broadened scope on entertainment in general.

The free-to-play match-3 game lets you equip your birds with funny weapons and armor to boost their attack stats, skills and health by matching as many panels as possible.

Once you’re satisfied with your birds’ skills, you can engage in the race against the clock in real-time player-vs-player battles for a chance to unlock more birds, weapons and other items. 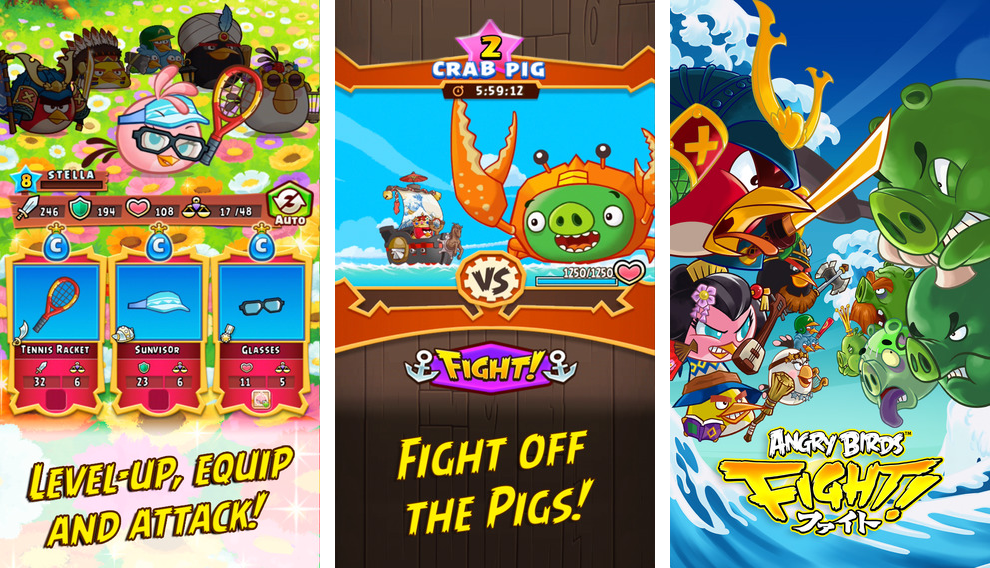 I’m not a big fan of match-3 games and haven’t played Angry Birds for quite some time now as it’s mostly run its course, at least as far as I’m concerned.

That being said, the promo video embedded below looks pretty interesting so I think I’ll be giving Fight! a try after all.

As mentioned before, Angry Birds Fight is a freemium release.

Although you won’t have to spend a dime to download it, Fight! may entice you to acquire additional power-ups and skills through the In-App Purchase mechanism but those upgrades only matter to die-hard Angry Bird fans who are obsessed with making it to the top of the charts.

The 67.1-megabyte app requires an iPhone, iPod touch or iPad with iOS 6.0 or later.

Grab Angry Birds Fight! at no charge in the App Store.