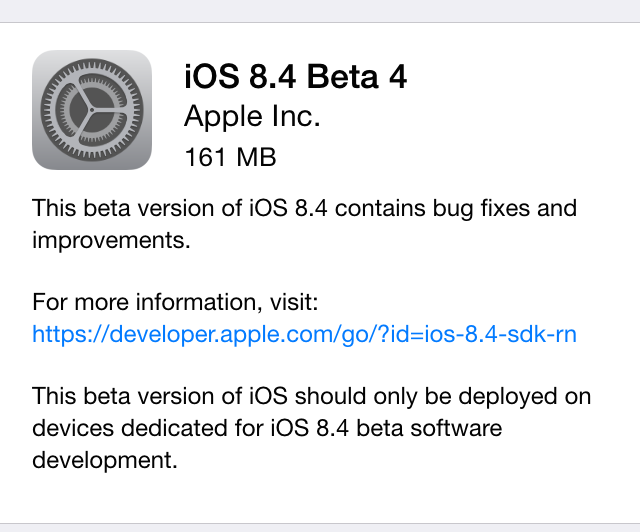 Apple seeded iOS 8.4 beta 4 to developers this afternoon. It is available immediately to those developers running iOS 8.4 beta 3 via Settings → General → Software Update. It is also now available as a download from Apple’s redesigned Developer Portal.

The iOS 8.4 beta 4 release, which is build 12H4125a, comes nearly a month after iOS 8.4 beta 3. Apple announced at yesterday’s WWDC keynote, that its new Apple Music streaming service was set to debut on June 30th. This means that we’ll see the final version of iOS 8.4, in which Apple Music will officially arrive to the public, before the end of the month. 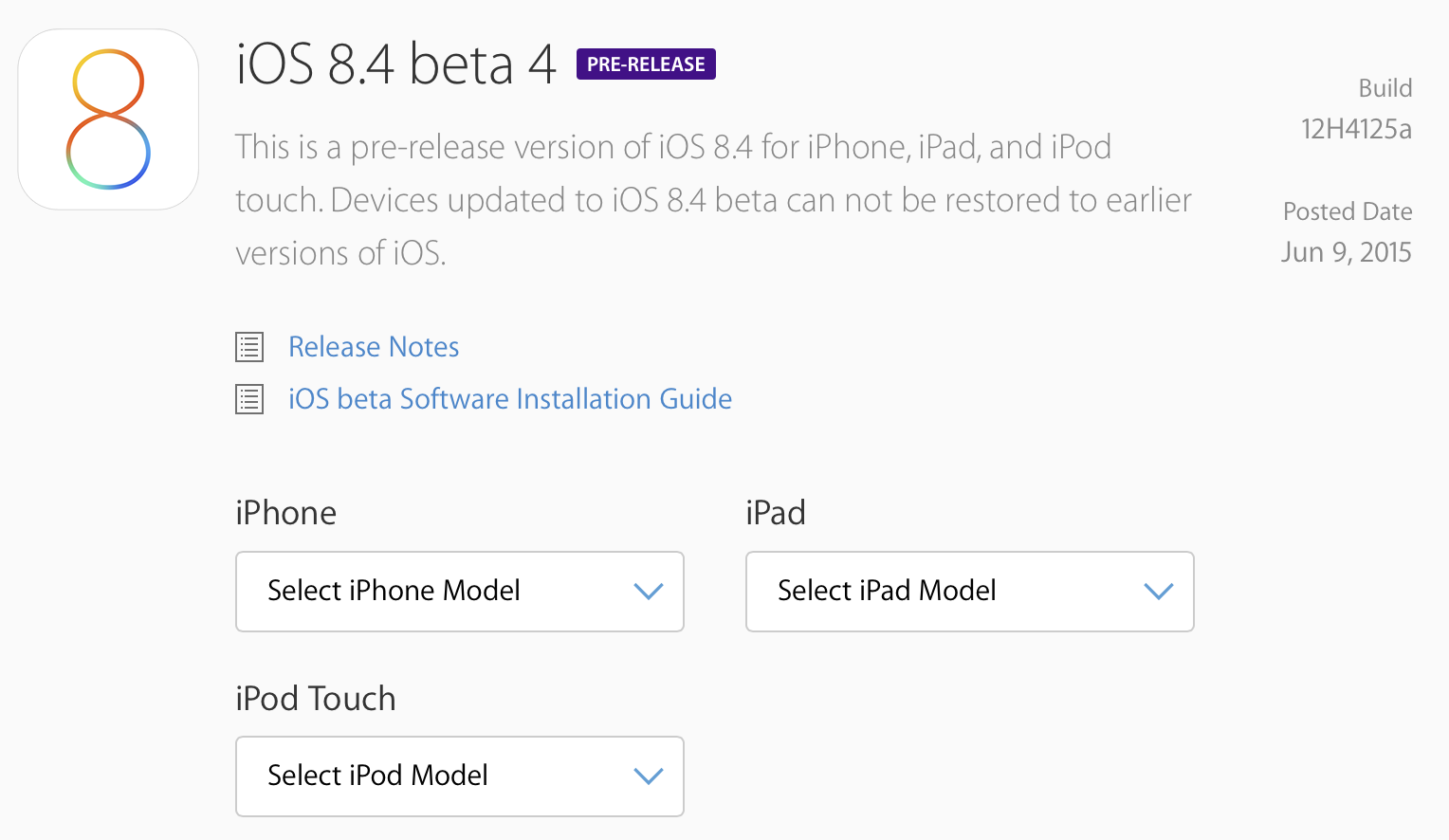 If you come across something you don’t see mentioned, then let us know either down in the comments, or via email at tips@iDownloadBlog.com.