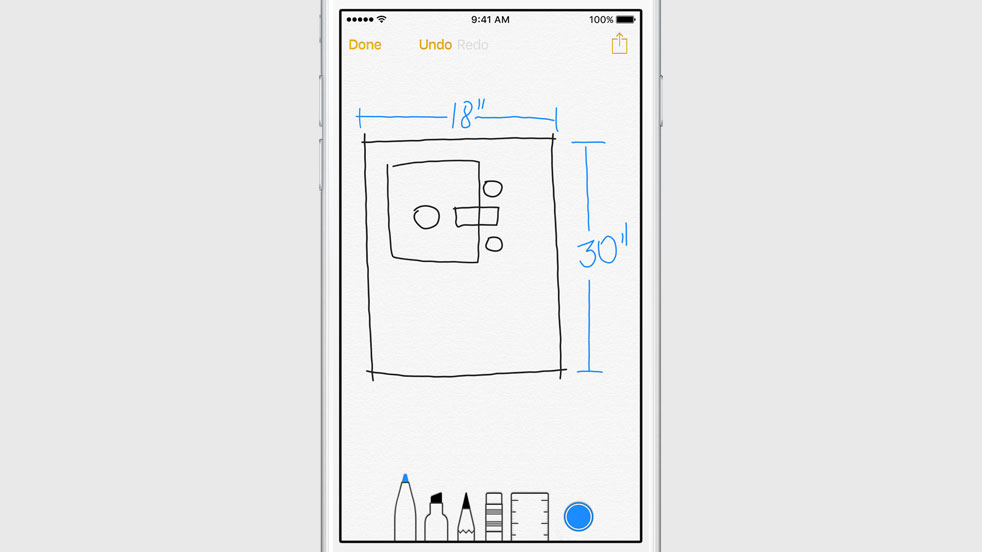 Apple says that many iPhone users use the Notes app regularly to do things like create lists, capture ideas, and more. As a big proponent of the Notes app, I completely concur.

Notes on iOS 9 brings some significant new improvements to the Notes app to help those users, including the ability to create lists, rich text, and hand-drawn notes, and more. 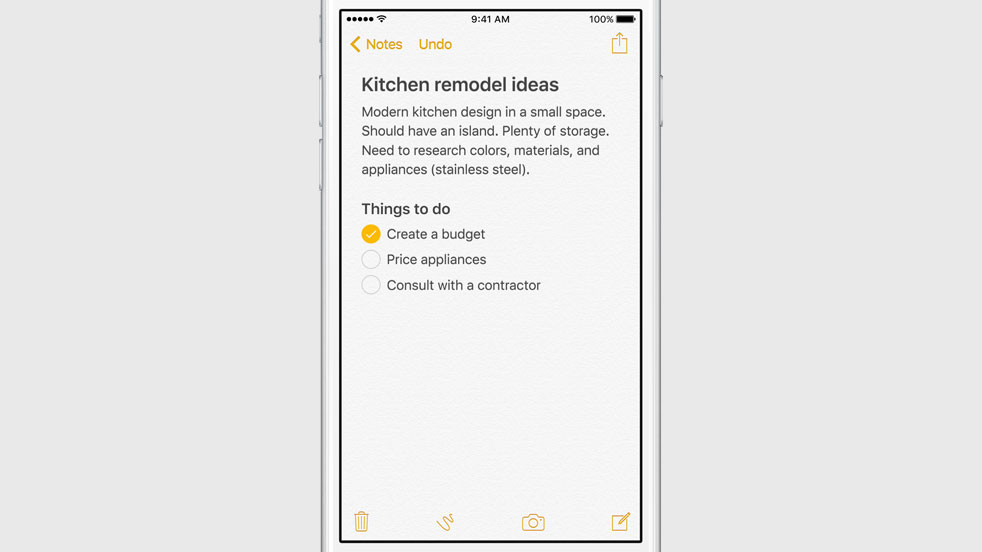 The new Notes app will also allow you to add content directly from Safari, Apple Maps, and other apps. This is done via the share sheet, which is accessible via the share button on supported apps.

Lastly, you’ll be able to use your camera directly from the Notes app to add photos. As someone who often captures images for documentation, the ability to do this right from within the Notes app is a great feature.