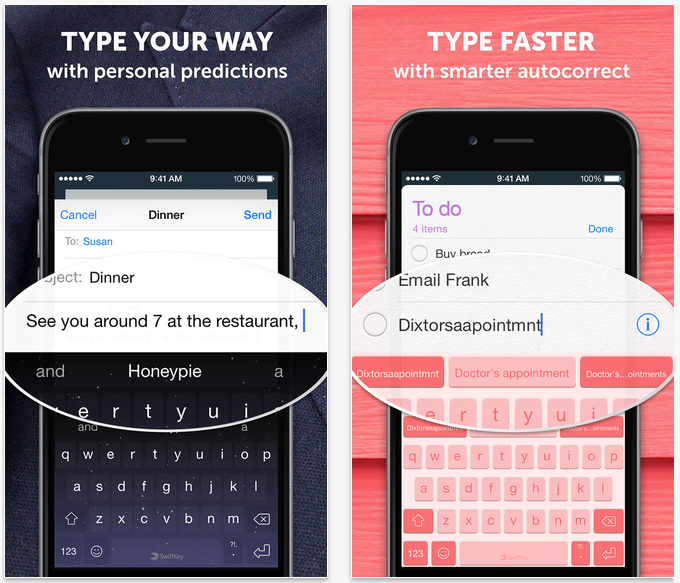 While improvements are nice, they typically aren’t anything to get excited about. SwiftKey, however, says that 1.3.3 features “a number of stability improvements to reduce crashes.” Given how crash-prone third-party keyboards are in the first place, this is huge.

For those wondering what makes SwiftKey so great, I like it because it’s totally free and offers a number of powerful features including smart predictive text and autocorrect. Also, you can chose to type conventionally, or swipe-to-type using ‘SwiftKey Flow.’

If you want to check it out, you can find SwiftKey in the App Store for free.