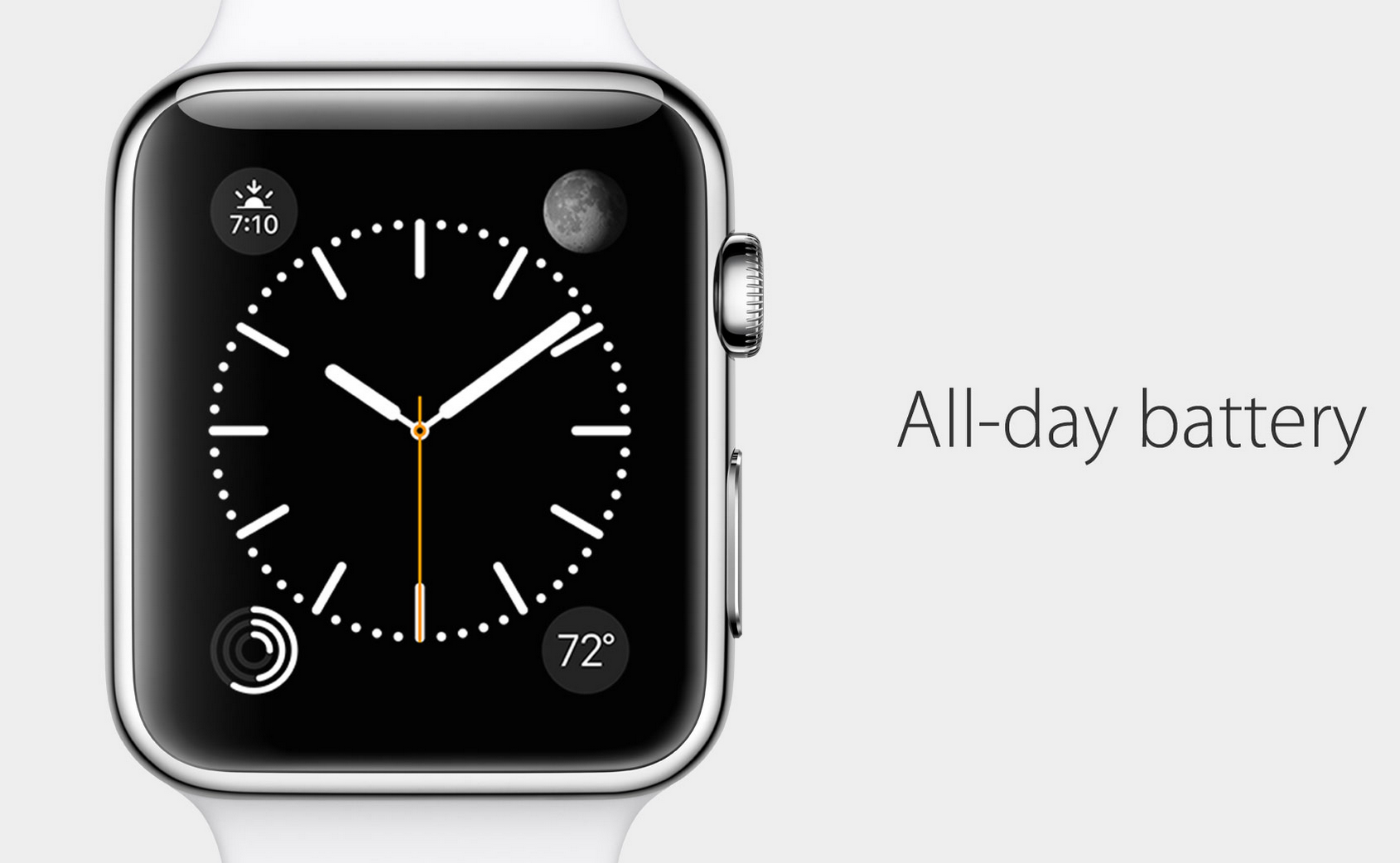 Ask anyone who owns an Apple Watch what they think of the device’s battery life, and they will likely tell you it’s great. I think it’s great too, but I also think we’ve been conditioned into thinking that.

When Apple first introduced Apple Watch to the world back in September of last year, there was absolutely no mention of battery life, leaving us all hanging, and wondering if this was a troubling sign that the company couldn’t deliver anything spectacular on that front.

The day following the event, John Paczkowski relayed an important piece of information that he had heard from a source at Apple, specifically that the company wasn’t very happy with battery life so far, which was pegged at about a day. This is expectation-setting number 1.

In an exclusive interview with The Telegraph at the end of February, Tim Cook himself said that Apple Watch’s battery life will last the whole day. While not a clear and quantifiable specification, this was as official as it got until then. This was expectation-setting number 2.

Finally, at the Apple Watch launch even on March 9, Tim Cook said on stage that “during a typical day, you can expect 18 hours” worth of battery. On that day, Apple added a page to its website detailing Apple Watch general battery information. On this page, the company details several scenarios of how you could reach all-day battery life. This was expectation-setting number 3.

In reality, Apple Watch users usually get more than 18 hours or all-day battery life. I myself have gone under 10% of remaining battery only twice since I received the watch over a month ago, and I usually end my day at about 40 to 50%. If I don’t charge the watch overnight, I will usually wake up to about 20% of battery left, which is definitely not enough to go through the day, but also definitely gives me enough time to go on with my day without rushing for the charger.

This is an amazing case of “under promise and over deliver.” To be clear, I’m not criticizing Apple. I’m merely pointing out how the company successfully set low expectations and made Apple Watch users believe that the device has great battery life. Because when you start thinking about it, all-day battery life is terrible. We were expecting so much worse than that though, that anything extra came as a positive surprise.

More about Apple Watch and battery: