XiaoMi’s recently launched US online store doesn’t carry any actual smartphone hardware yet, but you can buy hardware like headphones, battery packs, and a fitness device called the Mi Band.

The Mi Band is akin to some FitBit models, in that it’s slim, understated, and lacks a touch screen. Due to the tracker’s lack of battery draining features, it gets really good battery life upwards of 30 days.

Perhaps the most attractive thing about the Mi Band is the price. Retailing for just $14.99, it’s much more affordable than any dedicated fitness tracker I’ve ever seen, let alone a full-featured device like the Apple Watch.

When paired with a Xiaomi smartphone, the Mi Band can alert you to things like phone calls by using vibration. Wouldn’t it be cool if it could alert you to notifications for certain iOS apps as well? Now it can, courtesy of a new jailbreak tweak called MiBand Utility from developer Pigi Galdi.

Sadly I don’t yet have a Mi Band in order to test this utility, but it’s evident that you can select specific apps to forward notification to the Mi Band. It means that you’ll still need to pull out your iPhone when receiving a notification, but at least know you’ll always know when an app is trying to get your attention. 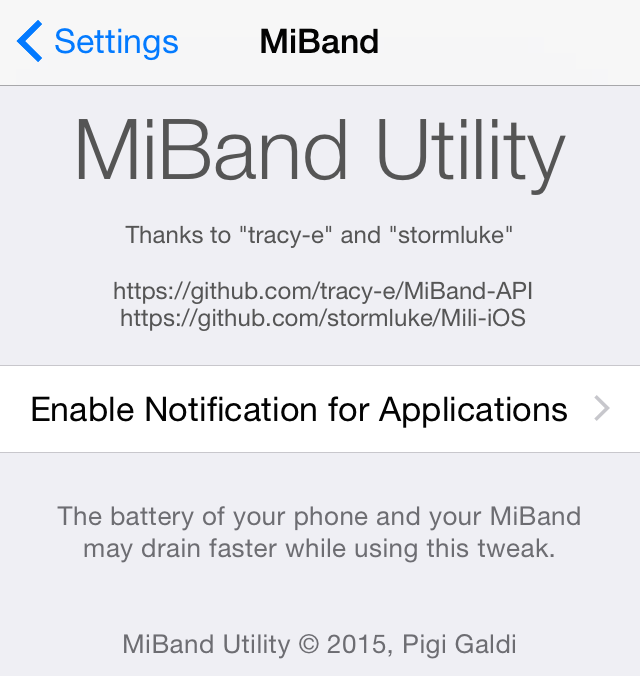 If you own a Mi Band, download this tweak from the ModMyi repo to enable notifications for your app(s) of choice. Granted, these notifications are just mere vibrations to get your attention, but it’s better than nothing, especially when you consider that the fitness tracker itself rings in at less than $20 USD. 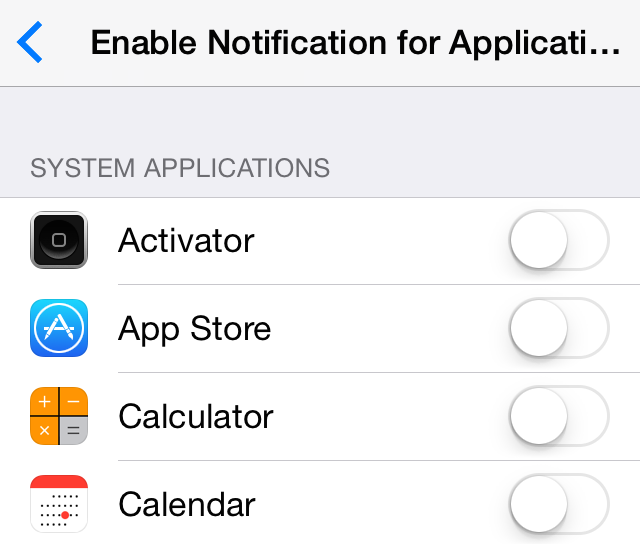 As a side note, you will need to pair your Mi Band to you iPhone using the Mi Fit app before enabling notifications with the MiBand Utility.

Do you own a Mi Band or are you planning on getting one? What factors have influenced your decision?