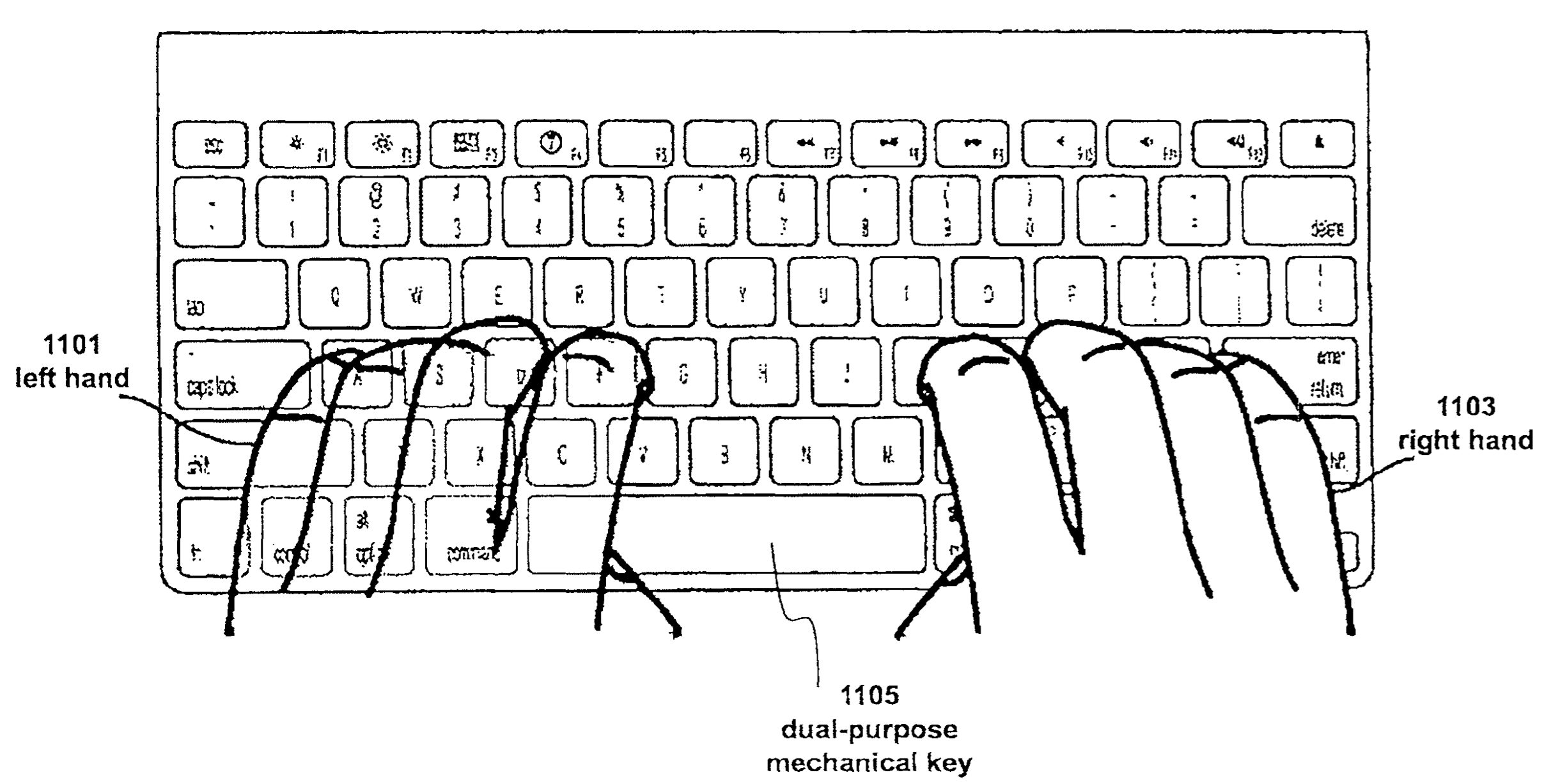 The United States Patent and Trademark Office (USPTO) on Tuesday awarded Apple a patent for a hybrid multitouch keyboard that would incorporate touch-sensitive mechanical keys with two-position mechanical switches for activating tasks at different levels of pressure.

Each individually depressible mechanical key would have a touch sensitive area to detect touch events on its surface. As depicted by the patent drawing below, the invention proposes detecting a depression of the multi-purpose mechanical keys to multiple levels. 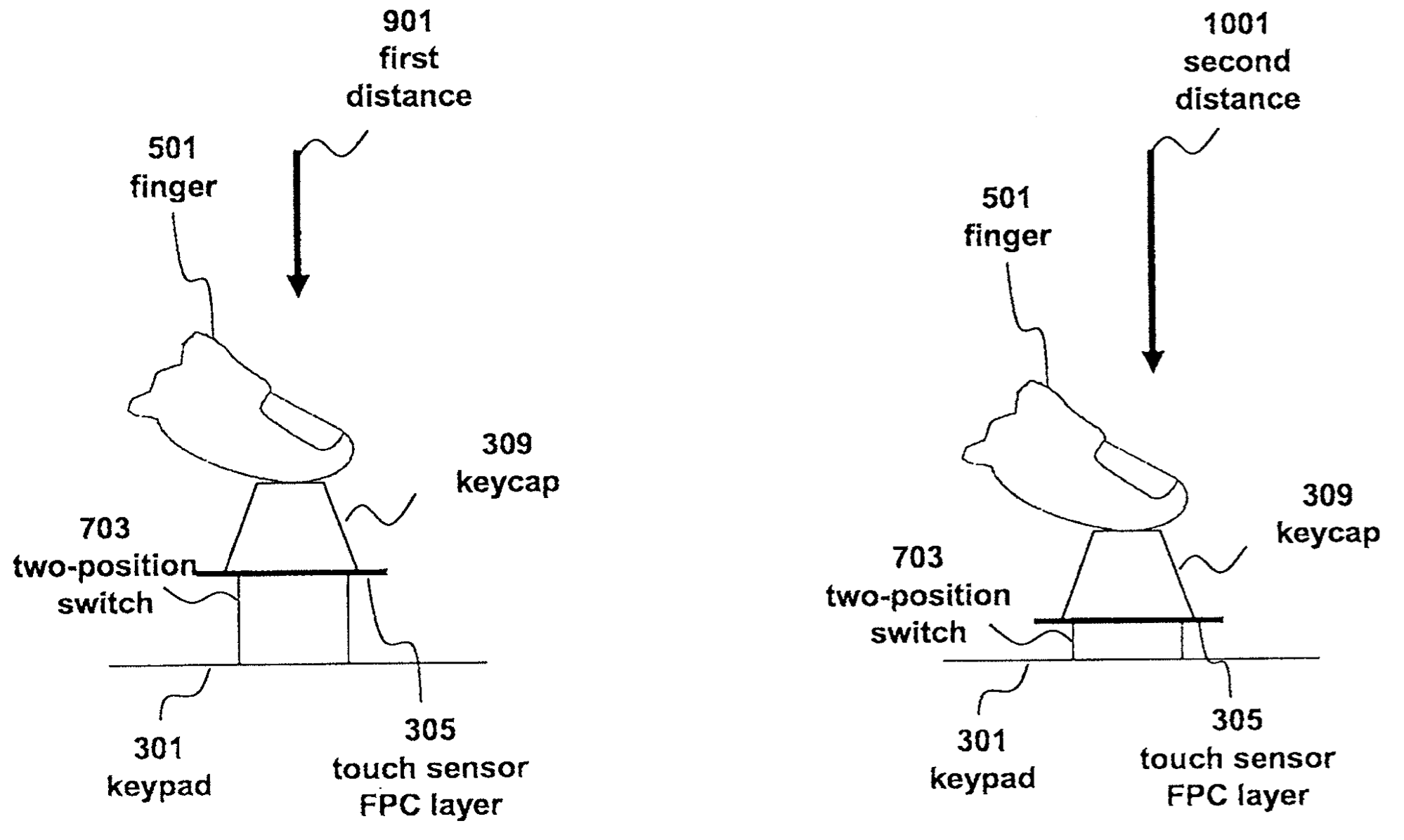 Apple even envisions interpreting input from each hand separately, potentially allowing you to type with one hand while simultaneously manipulating content through gestures with your other.

The hybrid keyboard would be able to detect taps, swipes and other gestures, letting you scroll, drag and zoom content on your Mac. 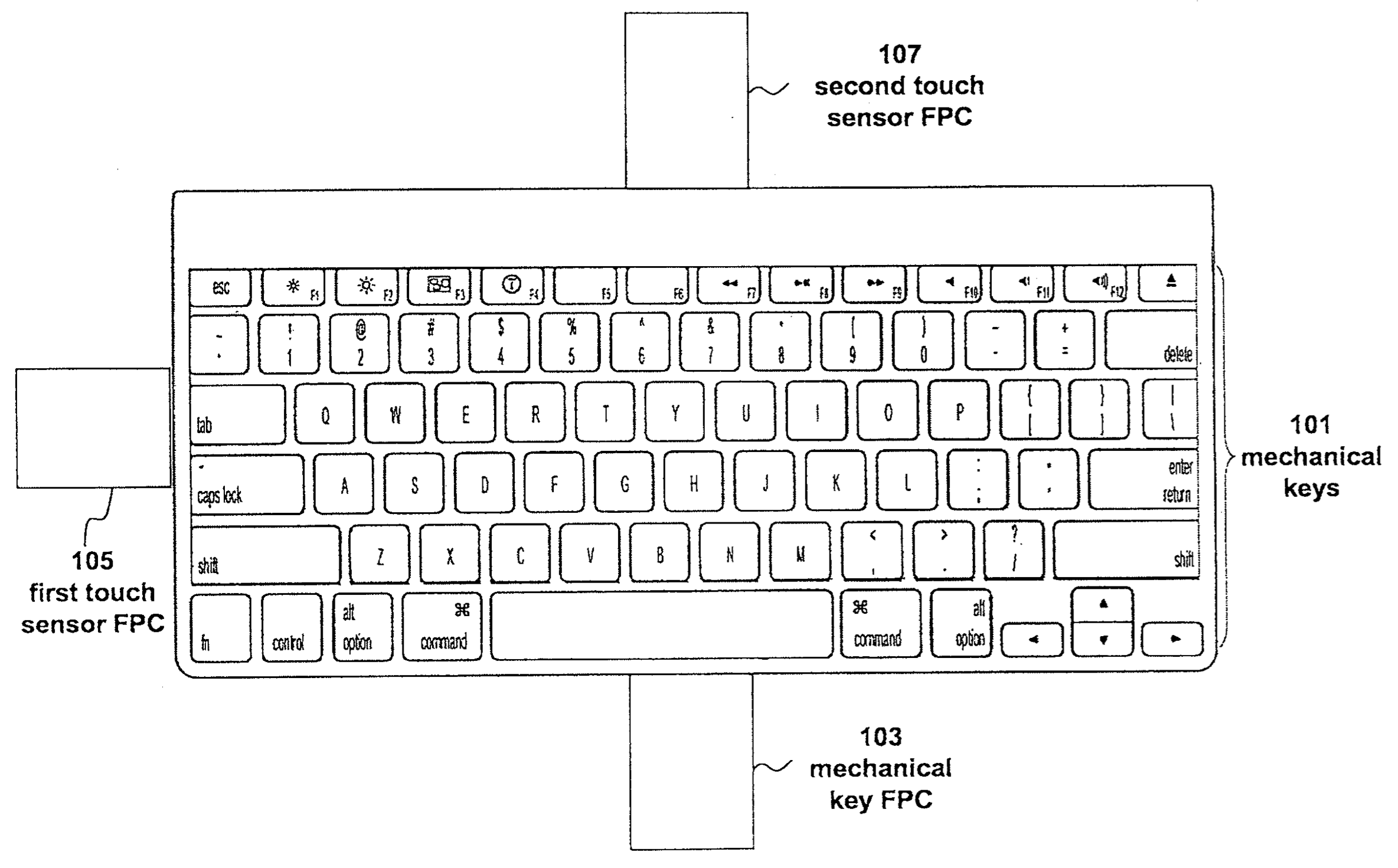 I’m very curious to see how this invention would let me use both multitouch gestures and conventional keystroke entry without having to remove my hands from the device.

The patent drawing further below depicts achieving tactile key experience through the use of a double-dome switch or membrane setup with two or more detents. Apple’s patent title is even more interesting as the word “fusion” appears in other Apple product such as the Fusion Drive.

A hybrid storage solution that couples the speed of NAND flash with the capaciousness of the traditional hard drive into a single logical volume, the Fusion Drive puts frequently used applications on the SSD part and your media and infrequently accessed files on the HDD part, combining the best of both worlds. 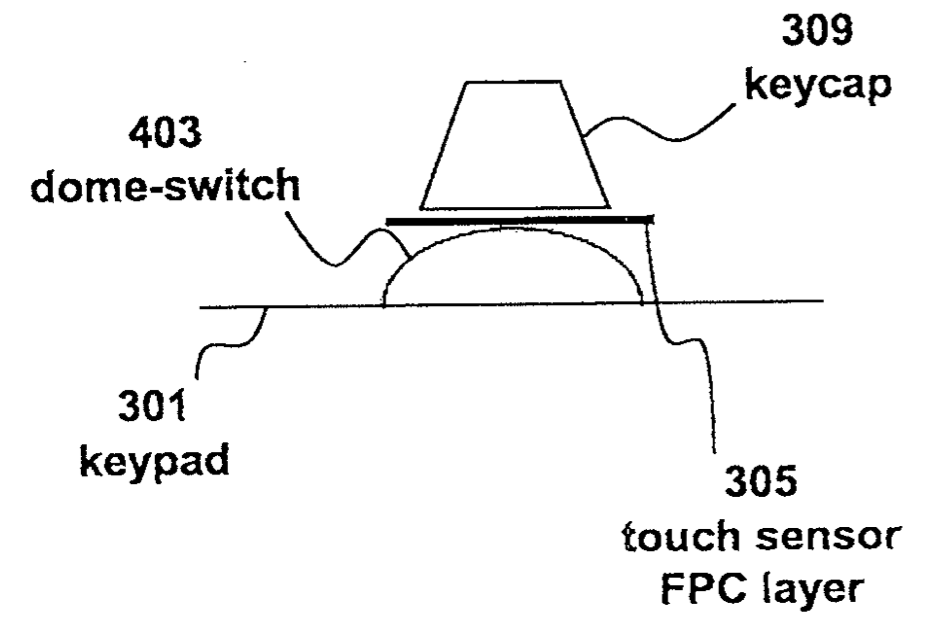 O course, eagle-eyed readers could point out that Apple happens to sell the all-touch Magic Trackpad for Macs so it’ll be interesting seeing whether a Fusion keyboard would replace the Magic Trackpad accessory, which can be seen pictured below.

The patent, first filed for in September 2011, credits Apple engineers John Greer Elias and Steven J. Martisauskas as its inventors.

Apple filed for a similar patent back in March 2015, proposing a keyboard that would resemble an oversized Magic Trackpad with virtual keys in place of the physical ones that would provide haptic feedback akin to the new MacBook’s Force Touch trackpad.

Keep in mind that Apple patents a lot of methods and inventions that never see the light of day so it’s unclear if a Fusion keyboard will make its way into a shipping product.