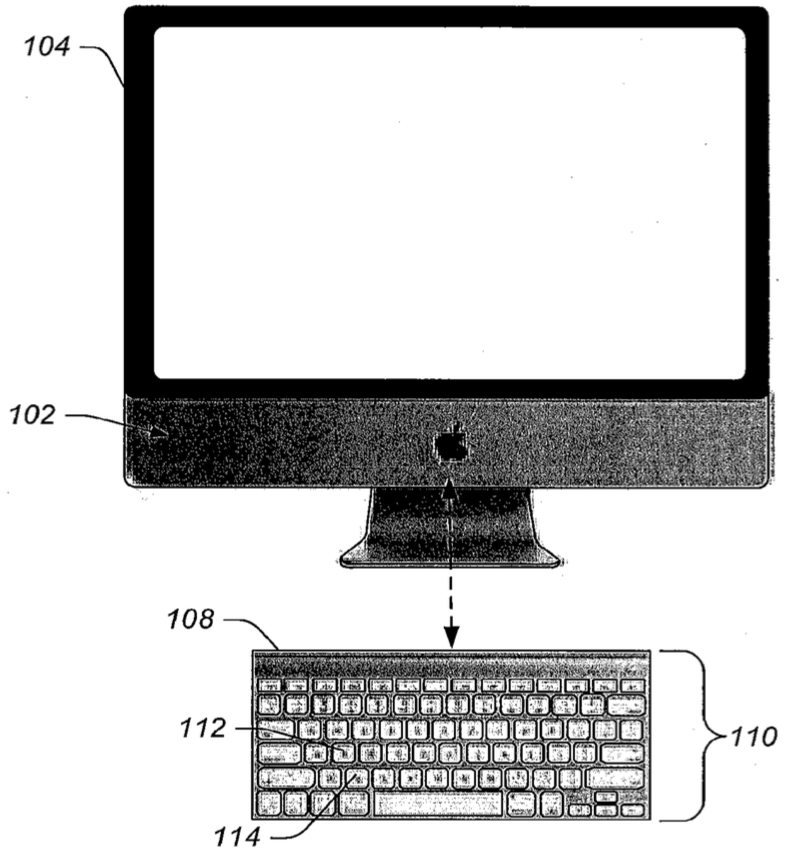 The United States Patent & Trademark Office (USPTO) on Thursday published an interesting Apple patent application for a Mac keyboard that looks like an oversized Magic Trackpad accessory, but with virtual keys in place of the physical ones providing haptic feedback, similar to the new MacBook’s Force Touch trackpad.

Filed in November 2014 and titled ‘Method and Apparatus for Localization of Haptic Feedback,’ the invention outlines a keyboard with a flat, touch-sensitive input surface incorporating multiple actuators to provide tactile feedback.

Each actuator under an individual virtual key can be activated independently of the other actuators. The system also provides a controller to activate one or more specific actuators to induce a vibration at a selected input location of the input surface.

The controller features a waveform generator which applies an activation waveform to the actuator to produce a haptic output.

A suppression waveform is also applied to the actuator in order to dampen vibrations propagating along or through a surface to which the actuator is coupled. It’s basically a way of generating cancellation to help minimize so-called “vibratory crosstalk” or “tactile crosstalk.”

Although the keyboard itself would have no mechanical movement, haptic feedback would make it feel like regular typing with physical keys. Although people are now accustomed to typing on a piece of glass they carry in their pocket, it’s unclear if users would opt not to use a physical keyboard on their desktop.

The original document  for the aforementioned system was filed back in 2009, but Apple had to issue another patent application as the initial claims were cancelled. The most recent filing credits Apple engineers Aleksandar Pance, Paul Alioshin, Bret Bilbrey and David Amm.