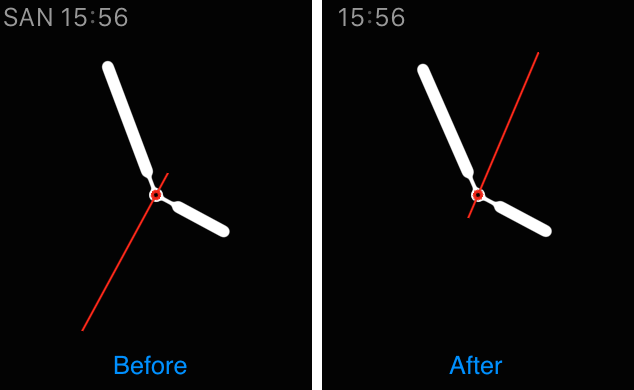 The Simple watch face on Apple Watch is by far my favorite, mostly thanks to the elegant simplicity it can offer when customized to the extent of its minimalism. The one downside of this approach though is that it’s sometimes hard to actually read the time. Is it 4.30 or 5.30? I often can’t tell the difference, despite having learned to read time on an analogue watch.

One simple solution I came across, thanks to Dave Wiskus, was to add a World Clock complication and bring digital time to the watch face. It takes away from the minimalism of the face, but it does serve its main purpose, which of course is telling the time and making it so I can actually read it.

The problem with World Clock complications is that they all come with city abbreviations. The city abbreviation for San Diego for example is SAN. There was no way I was going to let those three letters add more distraction than need be.

How to remove the city abbreviation from the World Clock complication

Step 1: Launch the Apple Watch companion app on your iPhone.

Step 3: Select the city for which you want to edit the abbreviation. 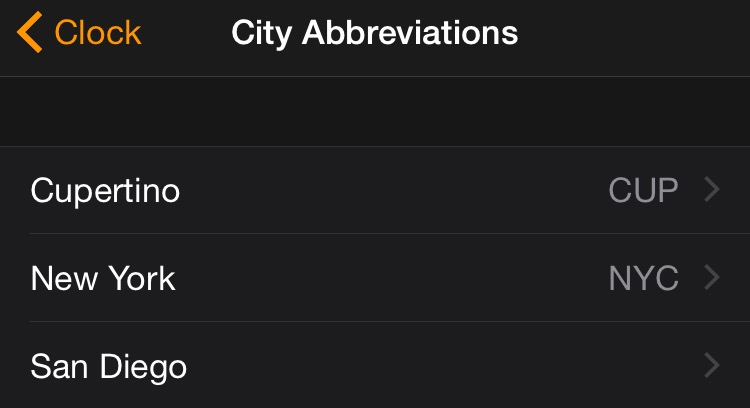 Step 4: Delete the abbreviation and hit Space on your keyboard to insert a space.

The change will transfer instantly to your Apple Watch, and if you currently have that complication on your watch face, you should see it sans city abbreviation immediately. As mentioned above, you can customize that to your liking, but when it comes to faces, I always feel like less is more.

As Dan Frommer notes, this is a mod that might look funny on specific watch faces, such as the Color one, but it’s not terrible either. As you can see from the above screenshots, it actually looks nice on the Simple watch face.