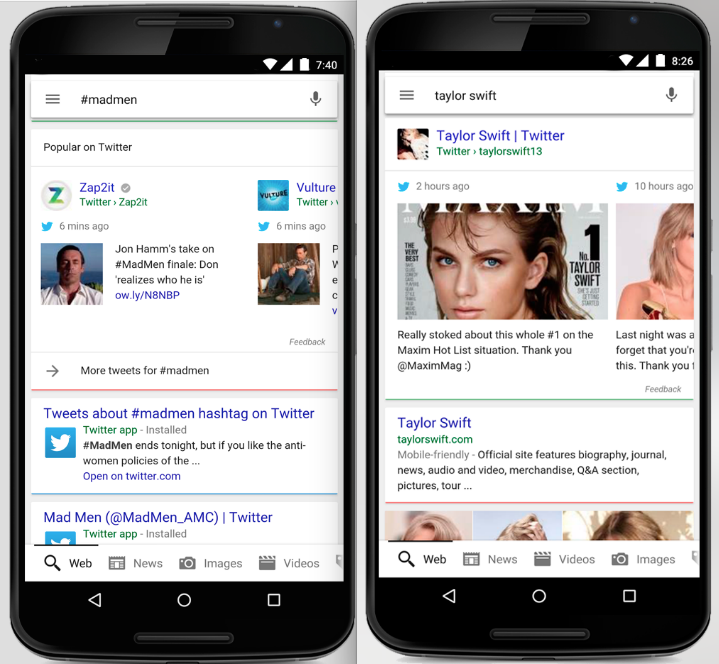 Google and Twitter announced on Tuesday that they are partnering up to bring Tweets to Google Search on mobile devices. The move means that now, anytime you perform a search using the Google app (iOS or Android) or mobile browser, you’ll see real-time content from Twitter in your results.

The search results are triggered by “Twitter” keyword searches, and include both hashtags and accounts. So you can either search for feedback on the new #TaylorSwift album or #MadMenFinale, or you can track down NASA’s Twitter account, and view their recent Tweets without leaving Google.

On paper, the move solves major problems for both companies. For Google, it gives it the real-time, relevant search results that it’s long been needing. And for Twitter, who has been struggling to attract and retain advertisers, this puts its content and a direct pathway to the site in a high traffic area.

Google says it’s working on bringing Tweets to search results in more languages and to desktop.