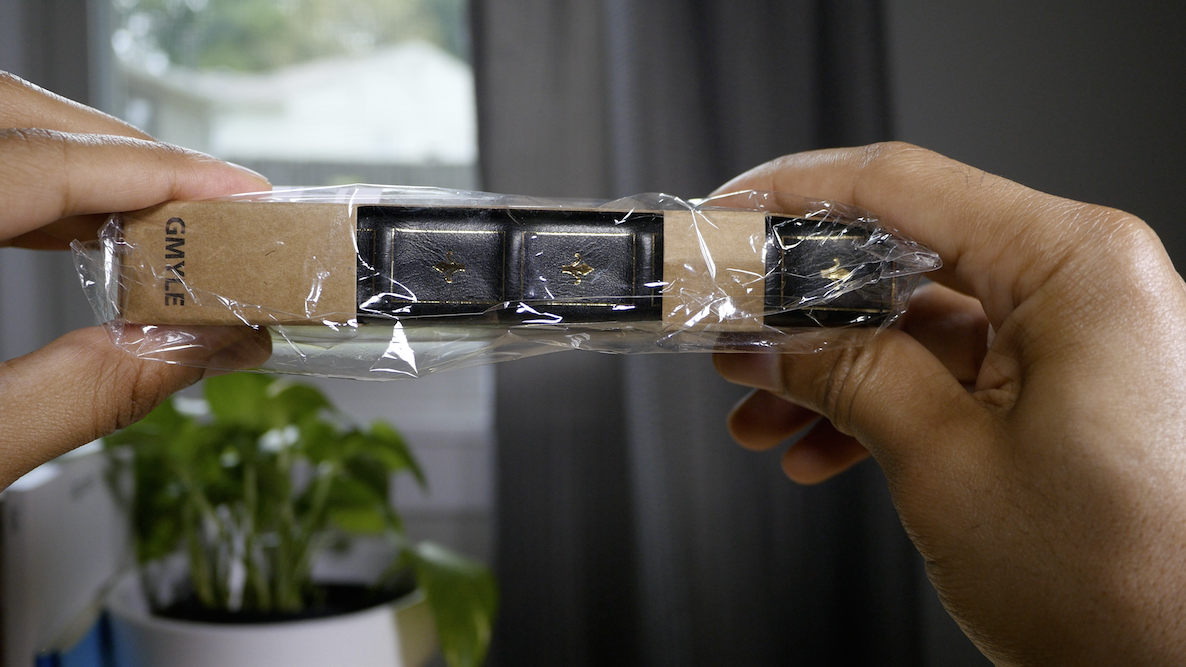 Due to the company’s success, it’s not surprising that several copycat cases have surfaced online. One such case, the GMYLE Book Case, is a shameless copy of Twelve South’s popular case line. In fact, it’s so shameless that my curiosity got the best of me, and I had to order one.

The best thing that the GMYLE Book Case has going for it is price. I was able to get this case directly from Amazon for $8.98 shipped, with free Sunday delivery. Unlike the real BookBook, which lists at $59.99, but can be found on Amazon for a hair over $56, the GMYLE case is a true impulse purchase.

The first thing that you’ll notice about the GMYLE case is that it’s huge. I mean, obviously the iPhone 6 Plus is a big phone, but this case is quite thick as well. There’s a reason for that thickness, though, as it makes it so that the case can close without a sitting ajar.

After unwrapping the case, you’ll notice a horrid plastic chemical smell. Unlike the BookBook, which is made from genuine leather and smells like delicious leather hide, this thing smells disgusting, and made me a bit nauseous. Over the years, I’ve found that this is per the norm for cheap plastic leather imitation products like this, but the GMYLE case was particularly foul-smelling. I’m pretty sure that the smell will go away after it airs out a while, but the first few days with this case will be a severe test for my stomach and nose. 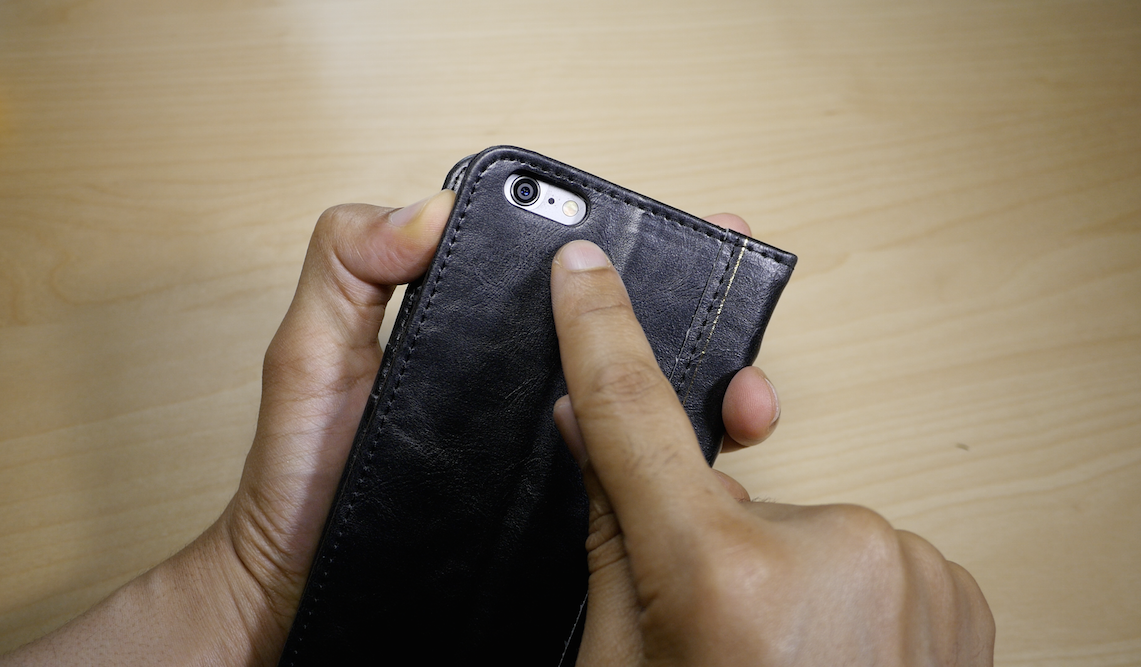 The GMYLE case includes a total of 5 slots for credit cards, identification, and for cash. The real BookBook provides you with an additional card slot. At the end of the day, the omission of the extra slot is negligible. Both cases feature a built in viewing stand, and the ability to access all ports and the camera without removing the iPhone from the case.

Even though I haven’t personally gone hands-on with the latest version of the real BookBook case, it’s very obvious that Twelve South’s original version is of higher quality in every regard, better thought out in every way as well.

Both cases do what they intend to do: allow you to carry your iPhone and keep all of your cards with you. It’s the way that each case goes about the implementation that really stands out. The differences in build quality and thoughtfulness, or lack thereof, are very apparent.

The fact that the GMYLE features synthetic leatherette is going to be an absolute deal breaker for some. My favorite thing about the BookBook is the way its leather wears over time as you use the case. The GMYLE case, with its plastic fake feel, has no chance of aging as gracefully.

That said, if you just want to test out the idea of using a wallet case, or if you simply can’t afford to drop nearly $60 for an iPhone case, then the GMYLE case—at around 85% cheaper—is a pretty good buy, and should be considered.

Update: Okay, so today is July 13th. This case broke two days ago, approximately 2 months after purchase. In actuality, that’s not even accurate, because I started using another case with my iPhone for half of that time. Needless to say, don’t expect this case to last. 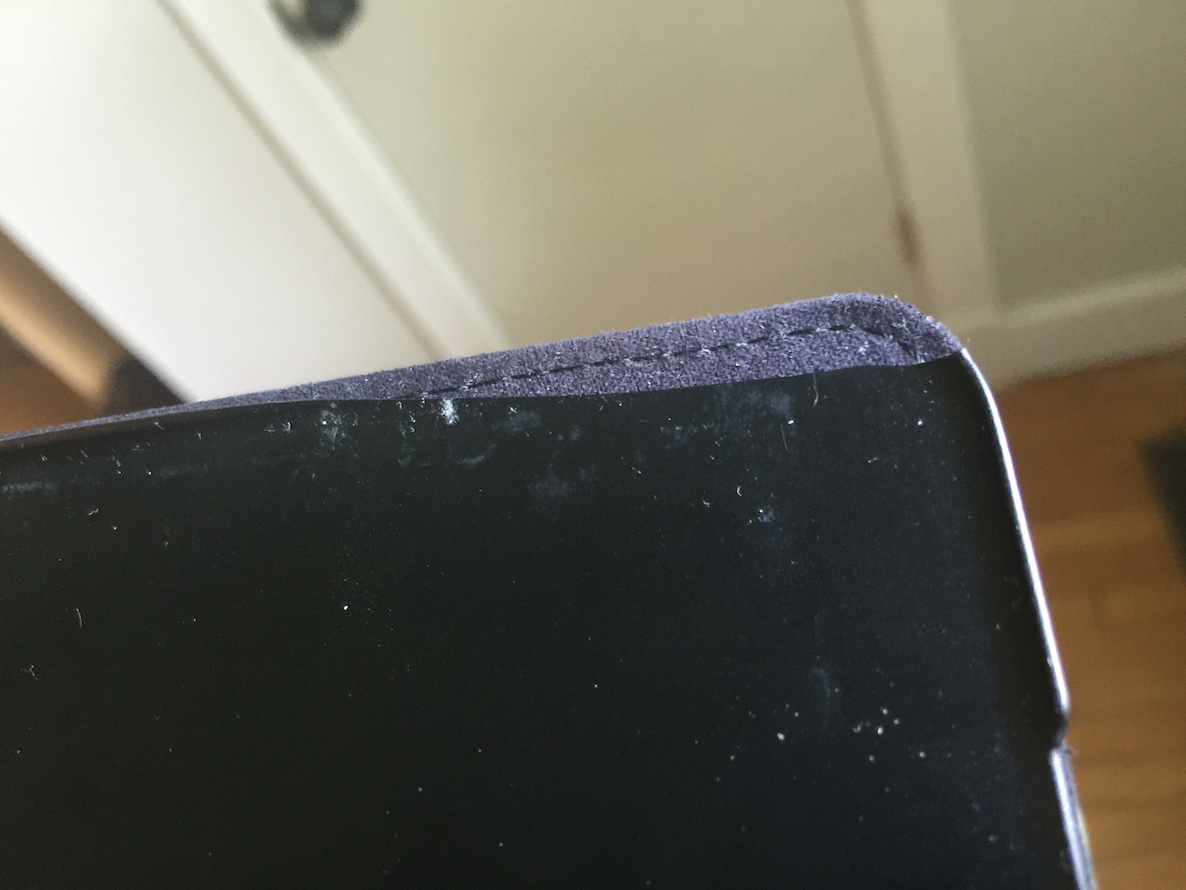 Also, not a few days after initial ownership, the stitched fake leather began fraying. It was very noticeable, and it didn’t look good at all. 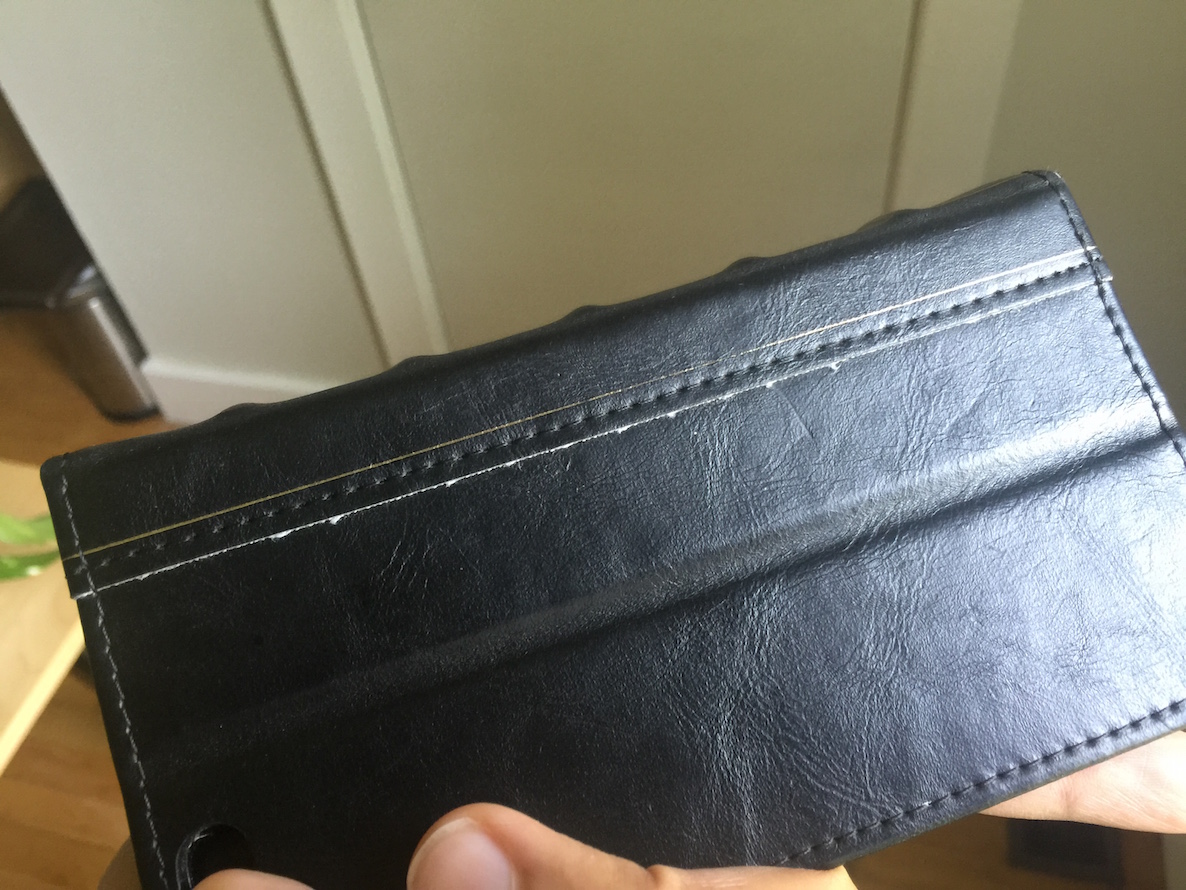 Moral of this story, as the old adage has told us time and again, you get what you pay for.