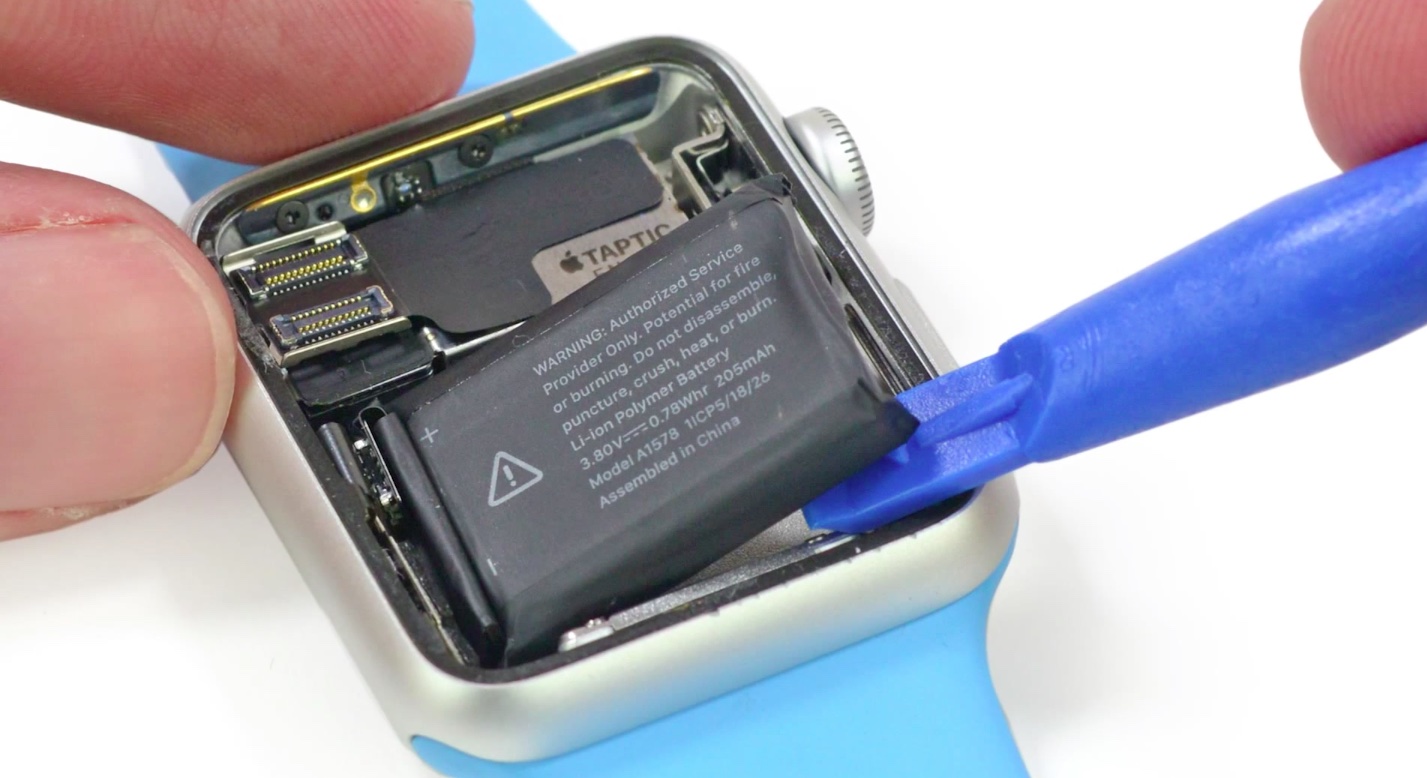 Based on the initial Apple Watch teardown analysis conducted by hardware experts at iFixit, Chipworks and ABI, research firm IHS Technology has now estimated the cost of components — so-called bill of material — that go into building each 38mm aluminum Apple Watch Sport at $81.20.

For clarity, Apple CEO Tim Cook said on an earnings call earlier this week that component cost breakdowns around Apple products are inaccurate and “much different than the reality.”

The cost of 38mm Apple Watch Sport production rises to $83.70 when the $2.50 manufacturing expense is added, the research has it. By comparison, the retail price of the entry-level device, the least expensive in the lineup, stands at $349.

Rather unsurprisingly, the priciest individual component is LG’s plastic OLED display and TPK’s Slim GG touchscreen overlay module with Force Touch feedback. With a combined cost of $20.50 per unit, this module accounts for more than one-quarter of the device’s estimated bill of material of $81.20 per unit.

Then come the enclosure, wristbands, physical buttons and the printed circuit board with a combined cost pegged at $16.50.

The third priciest component is an Apple-designed system-in-package processor: running at an estimated $10.20 a pop, the S1 chip is encapsulated in resin and integrates an entire computer architecture onto a single chip. 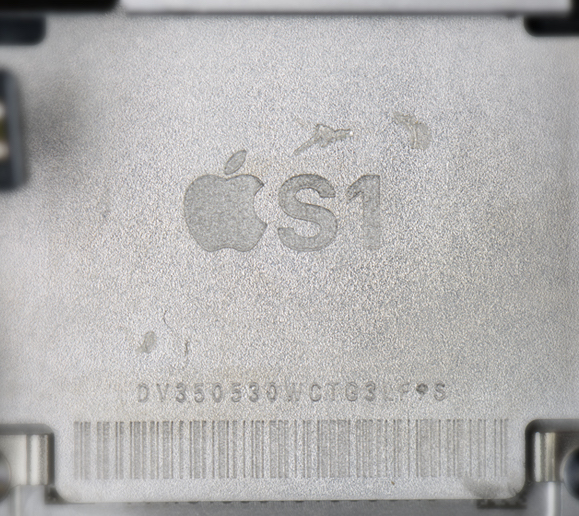 The encapsulation of the S1 impressed IHS experts.

Apple has basically encased the entire printed circuit board in the same plastic/epoxy material used for conventional integrated circuits (IC). As a bonus, “many of the devices found inside the assembly are already encapsulated, effectively creating an IC-within-an-IC affair,” according to Keller.

To provide electromagnetic shielding, the encapsulated printed circuit board assembly is further treated with a metalized coating deposited over the surface.

“This shielding process is used in place of conventional stamped sheet metal shielding, saving a significant amount of space, as well as cutting down slightly on weight,” he said.

If accurate, IHS’s estimates suggest that the Apple Watch Sport hardware costs only about 24 percent of its retail price, the lowest hardware-costs-to-retail-price ratio of any Apple product examined by IHS. For guidance, IHS typically sees this ratio in the range of 29 to 98 percent for Apple products.

Here’s the full breakdown of the estimated component pricing. 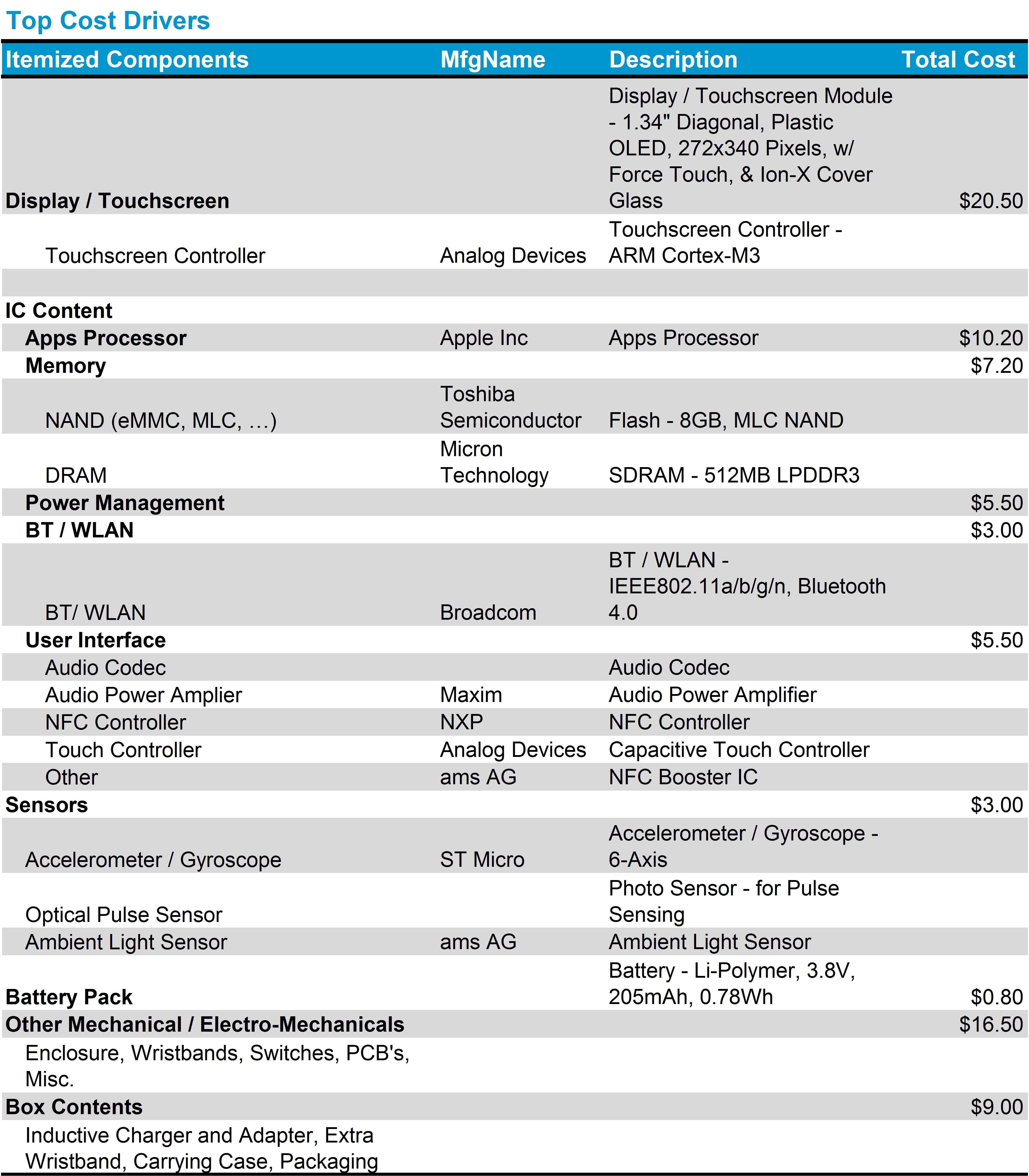 IHS expects costs of Apple Watch components to decrease over time due to the economies of scale, especially after sales have started picking up steam and Apple’s supply chain has dealt with the yield issue.

“It is fairly typical for a first-generation product rollout to have a higher retail price versus hardware cost,” said Kevin Keller, senior principal analyst-materials and cost benchmarking services with IHS Technology.

“While retail prices always tend to decrease over time, the ratio for the Watch is lower than what we saw for the iPhone 6 Plus and other new Apple products, and could be of great benefit to Apple’s bottom line if sales match the interest the Watch’s generated.”

Another interesting tidbit: although Apple has not been announced as a member of the Wireless Power Consortium, which develops the Qi wireless charging specification, the MagSafe wireless charger that ships with the Watch could be Qi-compatible after all.

For what it’s worth, AppleInsider recently posted a video that appears to show the Apple Watch MagSafe charger being used to charge the Moto 360 smartwatch.

The veracity of the video couldn’t be established so it’s still unclear if the Moto 360 shown in the video uses a hardware modification to make it compatible with Apple’s MagSafe charger.

At the very least, one could speculate  — assuming the video is genuine and devices unmodified — that Apple is a silent partner of the WPC, in which case this could potentially be “another boost for the wireless charging industry looking to increase interoperability,” as IHS put it.

Lastly, IHS analysis has provided a glimpse into a possible second-generation Watch as the Taptic Engine (pictured below), which currently consumes a substantial amount of space inside the device, is bound to get miniaturized further. 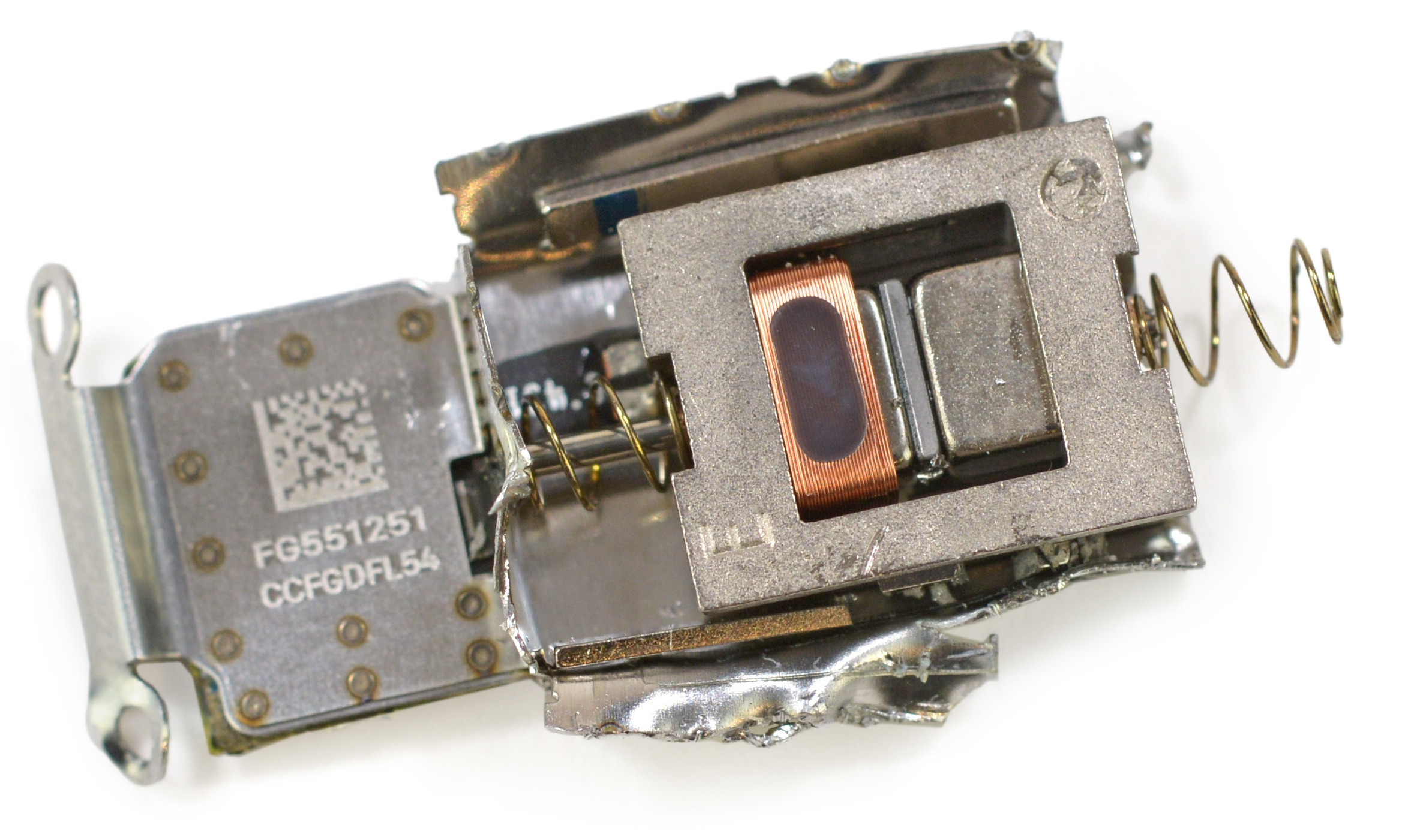 It’s worth reiterating that IHS’s numbers are just estimates and should be taken with a few pinches of salt. Commenting on supply chain estimates, Tim Cook said this on the call earlier this week (emphasis mine):

In the first quarter with any new kind of product, you would always have learning and these sorts of things. And I haven’t even seen this, but generally, there’s cost breakdowns that come out around our products that are much different than the reality. I’ve never seen one that is anywhere close to being accurate.

Again, IHS’s figures exclude the bulk of other related costs incurred by high-volume gadget research, manufacture and sales — a major factor, especially as such a new-category product requires a steep learning curve from Apple’s vast network of suppliers.