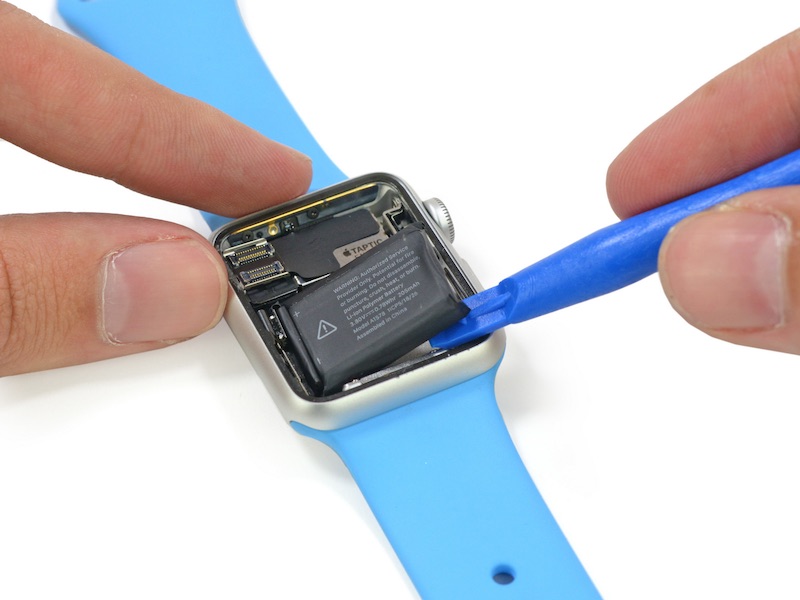 Customers in Australia and other time-forward countries began receiving their Apple Watch orders earlier today, and the folks at iFixit have acquired a 38mm Sport Apple Watch, and have begun their customary teardown process.

After prying the display off, the team gained access to the battery—which at 205 mAh is tiny compared to the Moto360’s 300 mAh battery—the new Digital Crown and Taptic Engine, and yes—the mysterious diagnostic port is still there.

As of this posting, the teardown is still in process. While trying to get to the S1, the team encountered the “tiniest tri-wing screws [they’ve] ever seen” and had to modify their tools to proceed. We’ve embedded the teardown below.