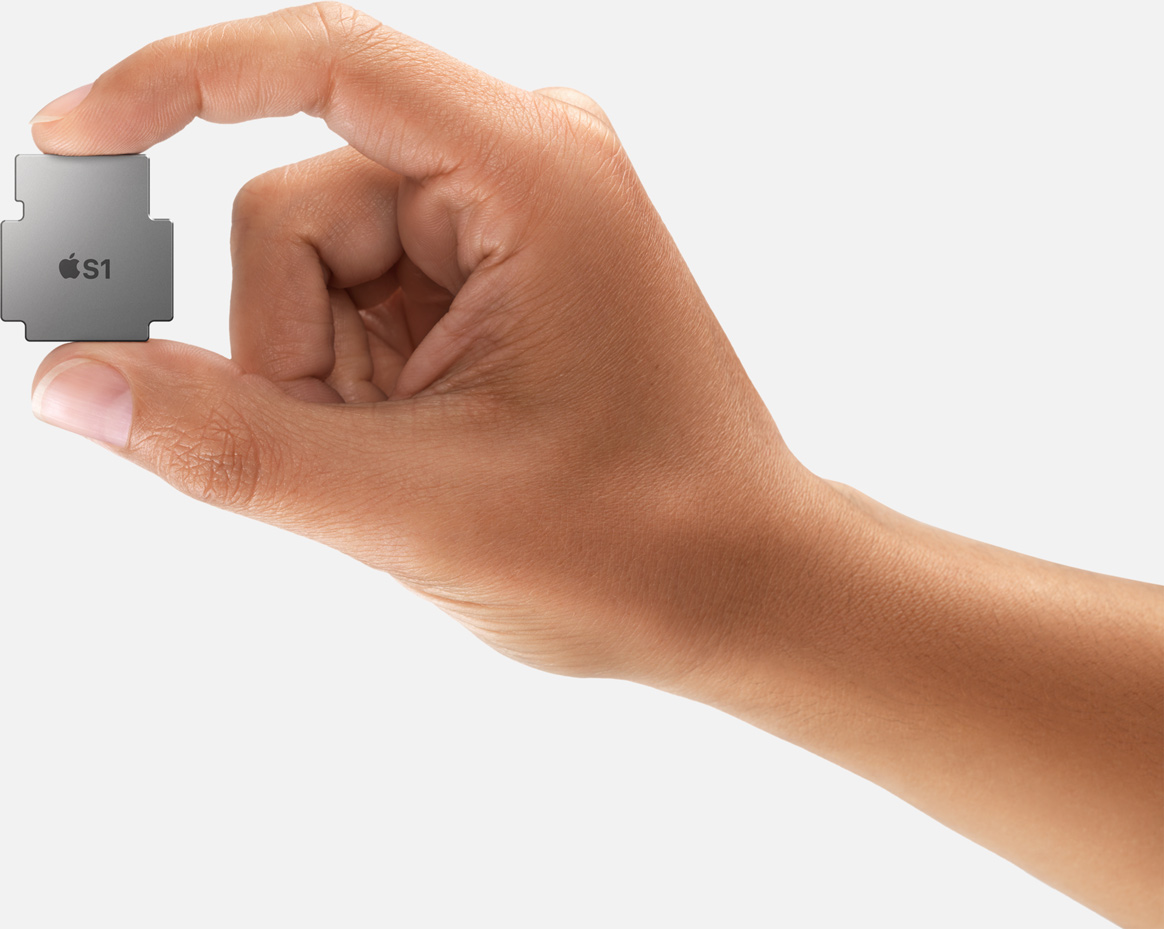 The Apple Watch is driven by Apple’s in-house designed system-in-package (SiP) processor, called S1. Laying flat in the bottom of the Watch casing, it integrates many subsystems into one remarkably compact module, essentially miniaturizing an entire computer architecture onto a single chip.

Because it’s completely encapsulated in resin to protect the electronics, neither experienced teardown wizards over at iFixit nor semiconductor experts at Chipworks were able to take a detailed look at the S1 innards without basically destroying the package.

Thankfully, ABI Research saw to that.

Thursday, the research firm has published its teardown analysis which delves into the S1 to identify a number of individual components that make up the SiP. Here’s what they found.

Here’s a look at the deconstructed S1 package. 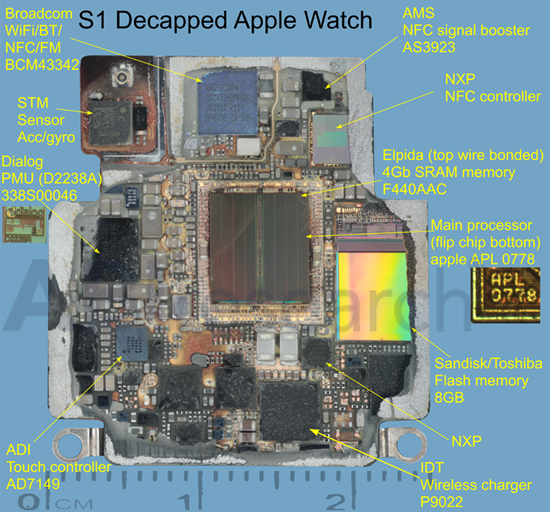 There’s a heck of a lot of silicon in there!

“The design is an obvious variation from Apple’s smartphones, with many high-end functions / chips included that normally would not be found in a simple watch,” comments Jim Mielke, VP Engineering at ABI Research and head of the TeardownIQ group.

Sadly, they haven’t taken a peek inside the internals of the main processor. Just to give you a sense of the scale, software and hardware designer Joe Walnes shared on Twitter the following image size-comparing a golf ball and a 20-pin ARM Cortex M0 chip.

No chance of hand soldering. pic.twitter.com/bAQdaI4LYX

Again, this is just for scale, so you get a better idea of how tiny these things are. And the following image represents an x-ray photo of the STM accelerometer inside the S1, published last week by Chipworks.

This nice design win by STMicroelectronics packs in the 6 axis sensor for acceleration and roll, pitch and yaw (gyroscope).

“This is the first time that we see a true 6X sensor in an Apple product that doesn’t require an external accelerometer,” Chipworks wrote. By comparison, the iPhone 6 and iPhone 6 Plus use an Invensense 6 axis sensor and a three-axis accelerometer made by Bosch.

“Here in an even more compact design, the Apple Watch, we finally have a solution for all 6 axis in a single component,” they noted.

And another look at the S1 after they attempted to pry it open by taking apart its thin metal cover, which encapsulates the printed circuit board. 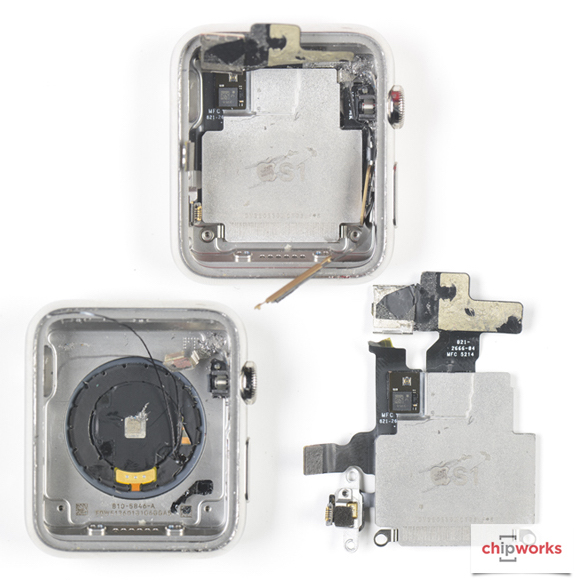 At any rate, the S1 is a remarkable feat of both engineering and miniaturization.

From the Apple Watch Technologies webpage:

Massive constraints have a way of inspiring interesting, creative solutions. A prime example is the custom-designed chip at the heart of Apple Watch. No traditional computer architecture could fit within such a confined space.

So we found a way to integrate many subsystems into one remarkably compact module, which is then completely encapsulated in resin to protect the electronics from the elements, impact, and wear. Configuring an entire computer system on a single chip is an industry first and represents a singular feat of engineering and miniaturization.

In addition to that description, the official Apple press release notes states that “Apple custom-designed its own S1 SiP (System in Package) to miniaturize an entire computer architecture onto a single chip” while Jony Ive briefly reiterates these points in Apple’s promotional Watch video.

And that’s about it.

As far as Apple is concerned, you shouldn’t bother with speeds and feeds: unlike other Apple products, the Watch doesn’t even have a  specs webpage of its own.

Clearly the company doesn’t want to give rivals the opportunity to learn about the electronics that drive the Apple Watch.