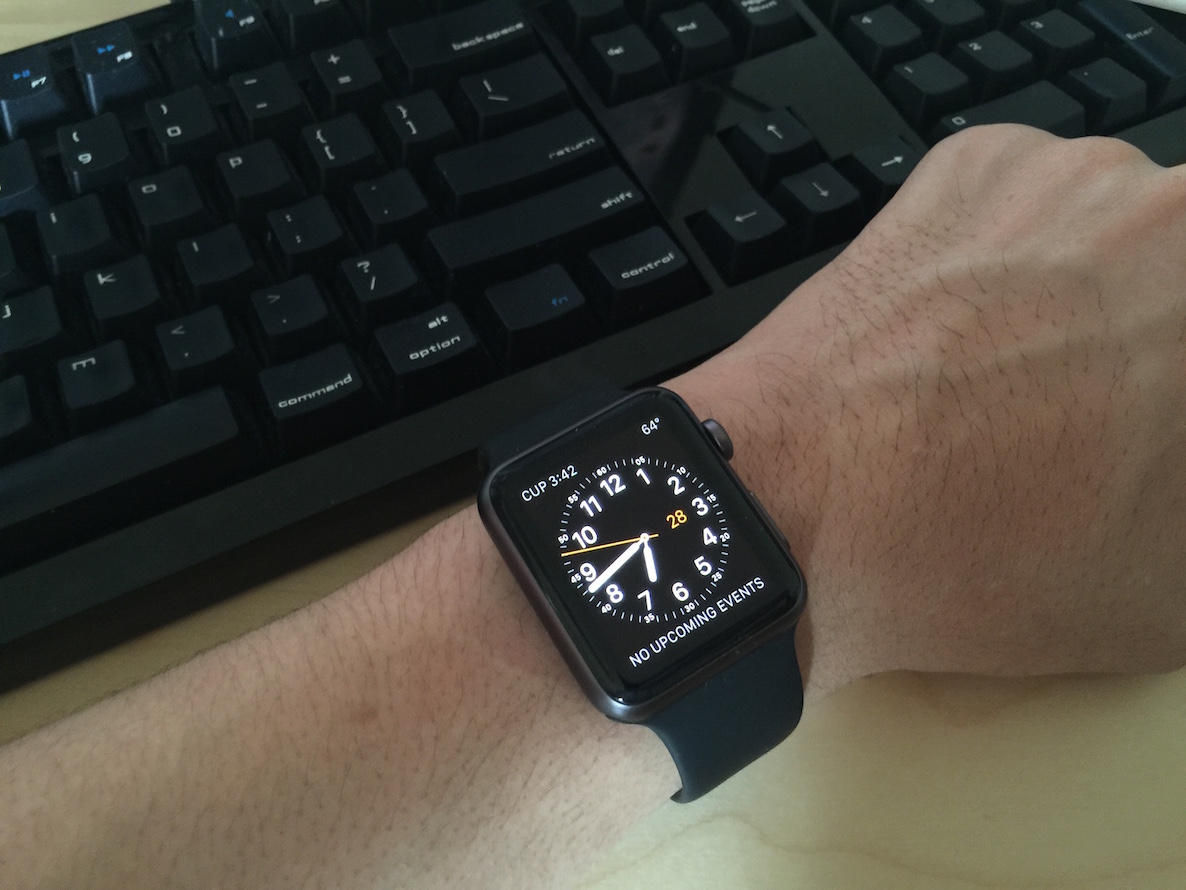 I’ve had an Apple Watch for almost a full work week now, and I’ve formed a variety of opinions. What I can tell you up front is that I really like this device, and have no buyers remorse. The Apple Watch does a lot of things really well, and a few things not-so-well. Here are twelve personal observations about the Apple Watch that I’d like to share with you.

1: The Apple Watch is at its best when you don’t try to force it into your workflow. Just let it come naturally and you will have the best experience. Listen to our latest episode of Let’s Talk iOS to hear my in-depth thoughts on this matter.

2: If you can, opt for the 42mm version. It’s easier to read on screen text, features more elements on screen at once, and it’s not so much bigger than the 38mm that it looks goofy, even on individuals with small wrists.

3: Don’t take a shower with it, despite what others may say.

4: Purchase a good pair of Bluetooth headphones. You’re going to need it for using the watch solo without an iPhone. Speaking of that, did you know that you can use your Apple Watch standalone for lots of different things?

5: While you’re at it, plan on buying a watch stand. The inductive charger is nice, especially the one that comes with the Apple Watch collection, but having a proper stand will look much better.

6: The Carousel Home screen interface, while doubtlessly pined over for countless hours, still feels a bit unpolished. Trying to zoom into an app and launch it using the Digital Crown feels forced and inaccurate. It’s definitely one of my least favorite parts about the Apple Watch interface thus far.

7: Keep glances to a minimum. That way, you’re not swiping through 15 glances to find the exact one that you want. At this point I find most third-party glances to be useless, in fact I only have one enabled—Dark Sky. In addition, I use the stock Settings, Music, Heart Rate, and Power glances.

8: Setup Apple Pay and use it. It’s arguably a reason enough alone to buy an Apple Watch, especially if you have an older device lacking Apple Pay support natively, like an iPhone 5. Apple Pay seems to work even better from an Apple Watch than it does from my iPhone 6 Plus. It’s very impressive.

I feel like Apple Pay was made for the Apple Watch

10: Use the double-press on the Digital Crown often. This lets you quickly switch between two apps; it’s really handy, since I find the Carousel Home screen interface to be so frustrating.

11: I like the idea of the Digital Crown, but I’m not entirely sold on its being used as a Home button. It’s awkward to use in this way with a single finger, so I find myself pinching the device between my thumb and index finger, which gets a little cumbersome at times. I almost wish there was a Home button on the bottom side of the device that you could easily press with your thumb.

12: The Sport band may not look as good as some of the other options, but it’s so much better than you might expect. I think I actually prefer the Apple Watch Sport band over any of the other bands from a functionality standpoint. It’s super-comfortable, water resistant, and lightweight. It, coupled with the Aluminum Apple Watch Sport, will never weigh you down. Also, if you can, opt for the Space Gray Aluminum Apple Watch over the Silver Aluminum. Both look good, but the former has a higher end look about it for the same cost.

Of course, I have many more observations, many which were discussed on our last episode of Let’s Talk iOS. What are your observations about Apple Watch thus far? Sound off in the comments with your thoughts.