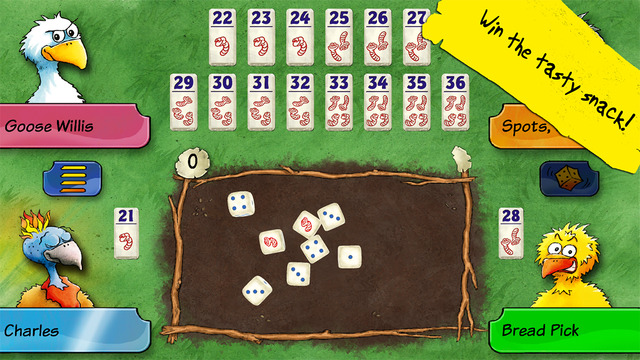 The tabletop game of Pickomino is played with domino style tiles and dice. It features 16 tiles and eight dice. This light play game is great for family night, or for those evenings when you and your drinking buddies want something fun to play that doesn’t require a whole lot of thinking.

Pickomino is now available on iOS, so you can play the game any time, anywhere and you don’t even need a friend to play with. Thanks to computer-generated opponents, you won’t ever be alone when playing Pickomino.

Players take on the roll of a hungry chicken in search of some barbequed worms. The goal of the game is to collect as many worms as possible by rolling dice. If the total of your dice matches the number on a tile, you can take it for your collection. The player with the most worms at the end of the game is the winner.

The tiles are numbered from 21 to 36 and each one has between one and four worms. The lower numbers have less worms on them. Using the eight dice, players try to add up to a number total that is equal to one of the tiles. 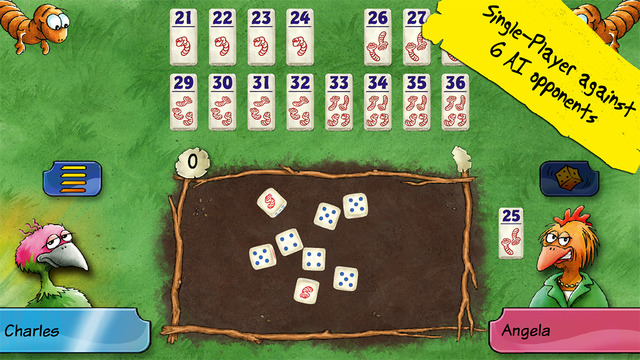 For example, if you roll 34 on all eight of your dice, you can pick the tile that has the number 34 and four worms. There is a catch. You must choose a set of numbers to keep after each roll. For example, if you rolled three ones, a two, two fives, and two worms (which equal five points), you would have to select one of the sets before rolling the dice again. This part of the gameplay is similar to Yatzee.

You can also steal worm tiles from your opponents if you roll the exact number on the dice that they has on the top tile in their hand. For example, if you roll 26 exactly and your opponent has the number 26 tile at the top of his or her stack, you may steal that tile for yourself, increasing your worm count while decreasing others’.

In this iOS version, players can compete against up to six AI opponents or compete with friends in person using pass-and-play “hot seat” multiplayer. If your friends don’t live near you, log on to Game Center for online multiplayer with between two and four players. 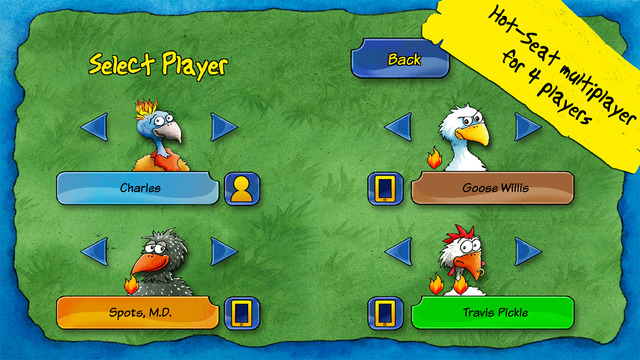 Pickomino is available on the iPhone, iPad, and iPod touch for $2.99. Download it in the App Store today.

What do you think of this dice-based tile game? Let us know in the comments below.