Not to be outdone by rival Microsoft which earlier this morning updated its PowerPoint for iOS presentation software with the ability to start and navigate the slideshow on your iPhone from you wrist, Apple has quickly followed with a similar update of its own which brings the same functionality to Keynote for iOS, its PowerPoint alternative. Eagle-eyed readers would be right to note that controlling Keynote presentations from your wrist was first mentioned during Apple’s October 2014 media event.

In addition to stability improvements and bug fixes, Keynote 2.5.3 for the iPhone and iPad adds support for the Keynote Remote Apple Watch app, as per release notes seen below.

Keynote Remote used to be a standalone iPhone app, but got removed in January of 2014 because Keynote 2.1 integrated the remote feature. As a result, everyone running Keynote 2.1 on their iPhone, iPod touch and iPad devices has been able to use their device as a remote control to present slideshows on a Mac. 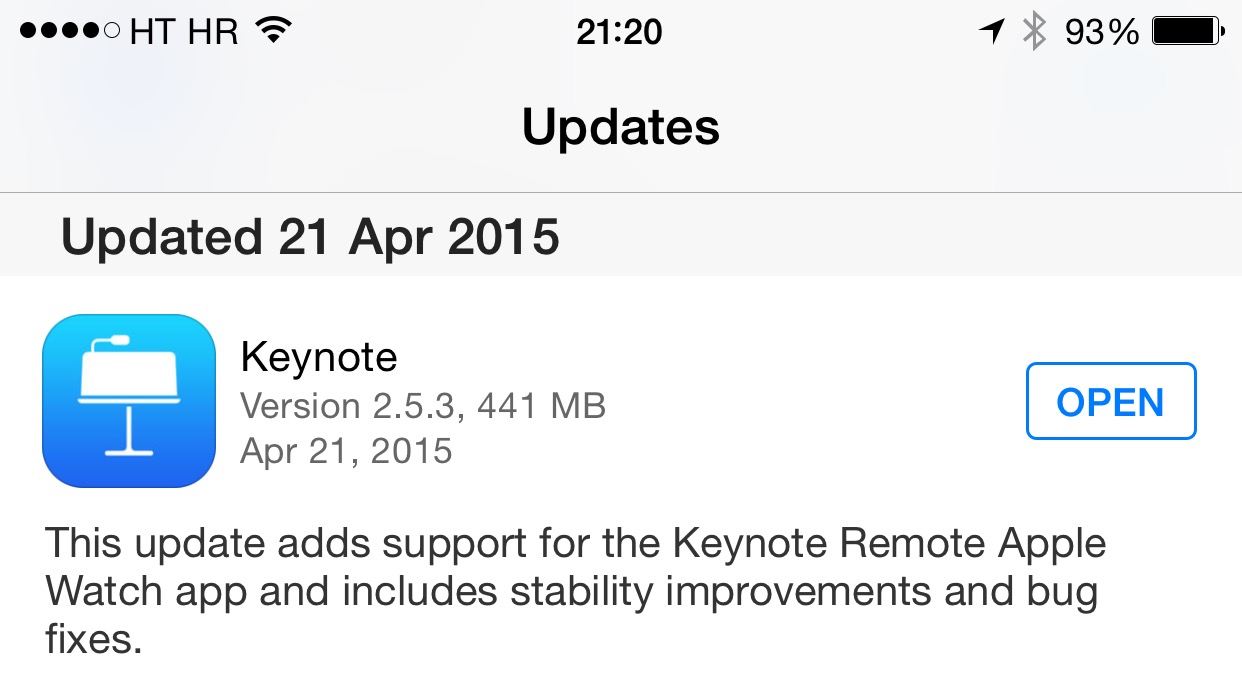 The feature require that both the desktop Mac and the device running a Keynote instance providing remote functionality be on the same Wi-Fi network. The Watch-based Remote app completes this functionality across the iPhone, iPod touch, iPad, Mac and Apple Watch hardware.

The 461-megabyte app needs an iPhone, iPod touch or iPad with iOS 8.0 or later.