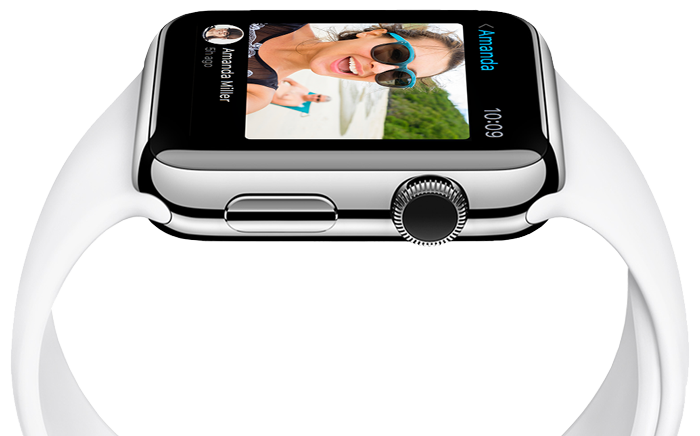 Glide for iPhone has been updated on the App Store today with Apple Watch support, becoming the first app to bring one-way real-time video messaging to the wrist-worn gizmo. The app lets you see a preview of video messages up to five minutes long on your wrist and respond straight from your Apple Watch.

Other features include getting quick updates to the Watch when friends send you videos, texts or photos without needing to take out your iPhone, accessing all chats and missed events and more.

The app actually streams previews of full video messages from your iPhone to the Watch, optimized for the device’s tiny display. Viewing their full-length versions is the function of the iPhone app.

That’s where Glide’s Handoff support jumps in, allowing you to continue watching a full-resolution video on your iPhone in an instant.

Glide for Apple Watch also supports responding to a Glide video with dictation, texts or emoji.

“We are very bullish on the Apple Watch and believe that live video messaging from your wrist will rapidly become the easiest way to keep in touch with friends and family on the go,” said Glide CEO Ari Roisman in a statement to Venture Beat.

Although the first-generation Apple Watch lacks a built-in camera, Glide for Apple Watch is the closest thing to the stuff of science fiction people have been dreaming up for years. 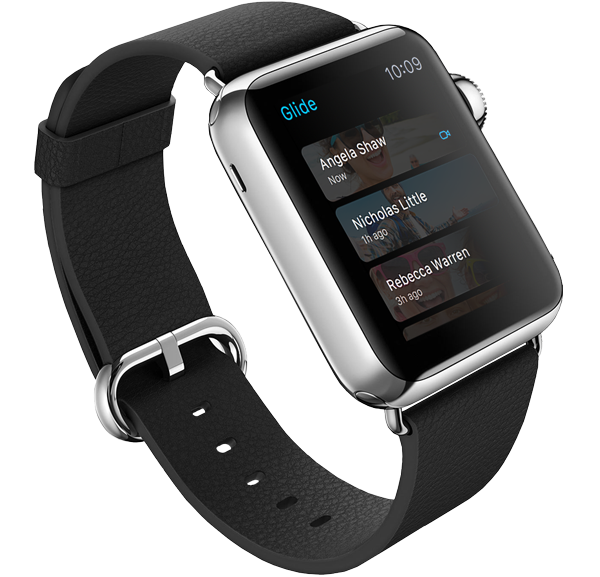 But if Apple’s relentless product integration is anything to go by, future Apple Watches are likely to incorporate a FaceTime camera for taking photos and placing Face Time video calls from the wrist.