It looks like the rumors were true, YouTube is readying a new subscription service. In an email obtained by iDownloadBlog, Google tells video creators it wants to offer an ad-free version of YouTube for a monthly fee, which has yet to be determined. The service will offer features like offline playback, kickbacks for content creators, and could be ready to launch as early as this year.

“By creating a new paid offering, we’ll generate a new source of revenue that will supplement your fast growing advertising service,” the email says. A spokesperson confirmed with Bloomberg, saying “while we can’t comment on ongoing discussions, giving fans more choice to enjoy the content they love and creators more opportunity to earn revenue are always amongst our top priorities.” 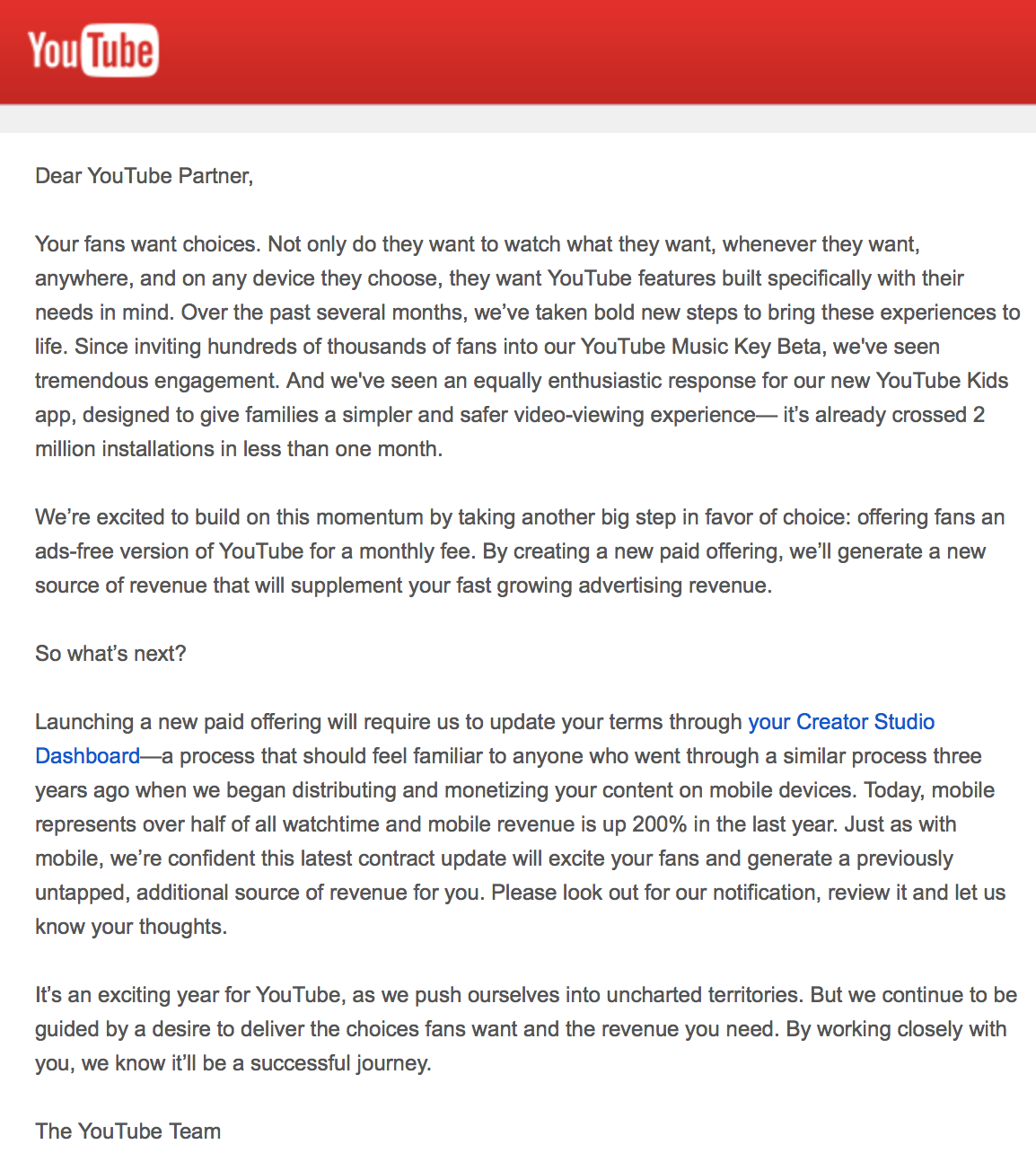 A paid subscription service would put YouTube in more direct competition with the likes of Netflix and Hulu, and is particularly interesting given Google’s push into original content production and its recent move to secure the rights to stream full-length movies like Interstellar and The Interview. Apple is also said to be working on a streaming video service that could launch later this year.