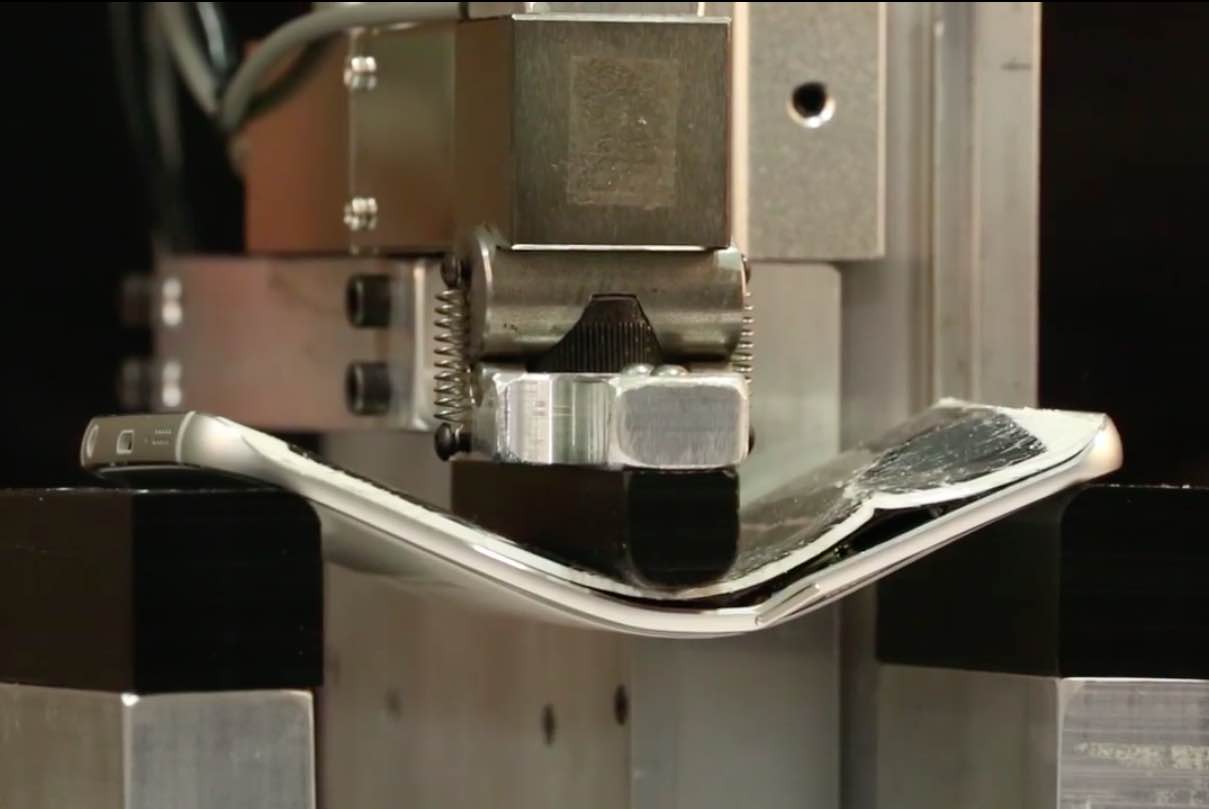 I’ll be the first to admit that the headline of this article may be a bit over the top sensationalistic or even linkbait, but same could be said for the iPhone 6 Bendgate articles. This is clearly meant for entertainment purposes. So, if you’ve been wondering how Samsung’s new Galaxy S6 Edge performs under pressure, here’s your answer.

But the statistic that counts most is the breaking point, a force under which the device bends beyond the point of being usable, also called the point of catastrophic failure. 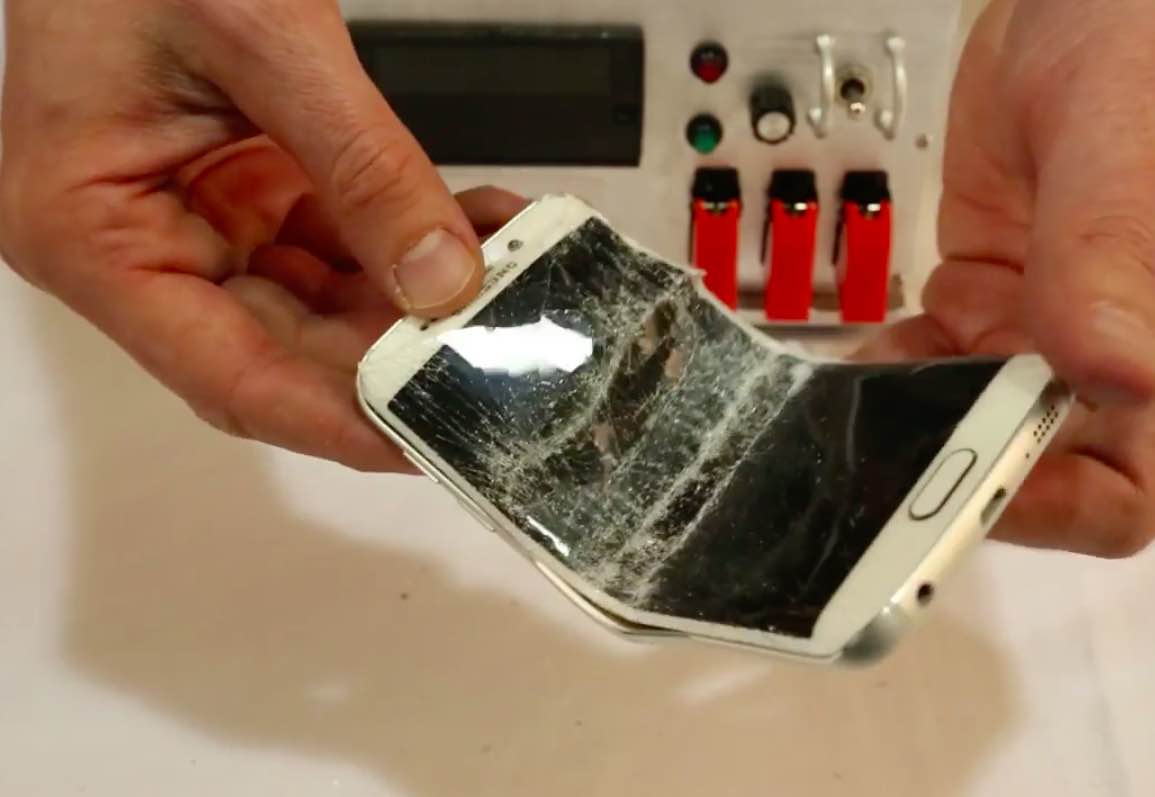 There’s another facet to this.

The Galaxy S6 Edge incorporates Corning’s latest and greatest Gorilla Glass 4 for screen protection and has a metal casing said to be fifty percent stronger than any other smartphone on the market. 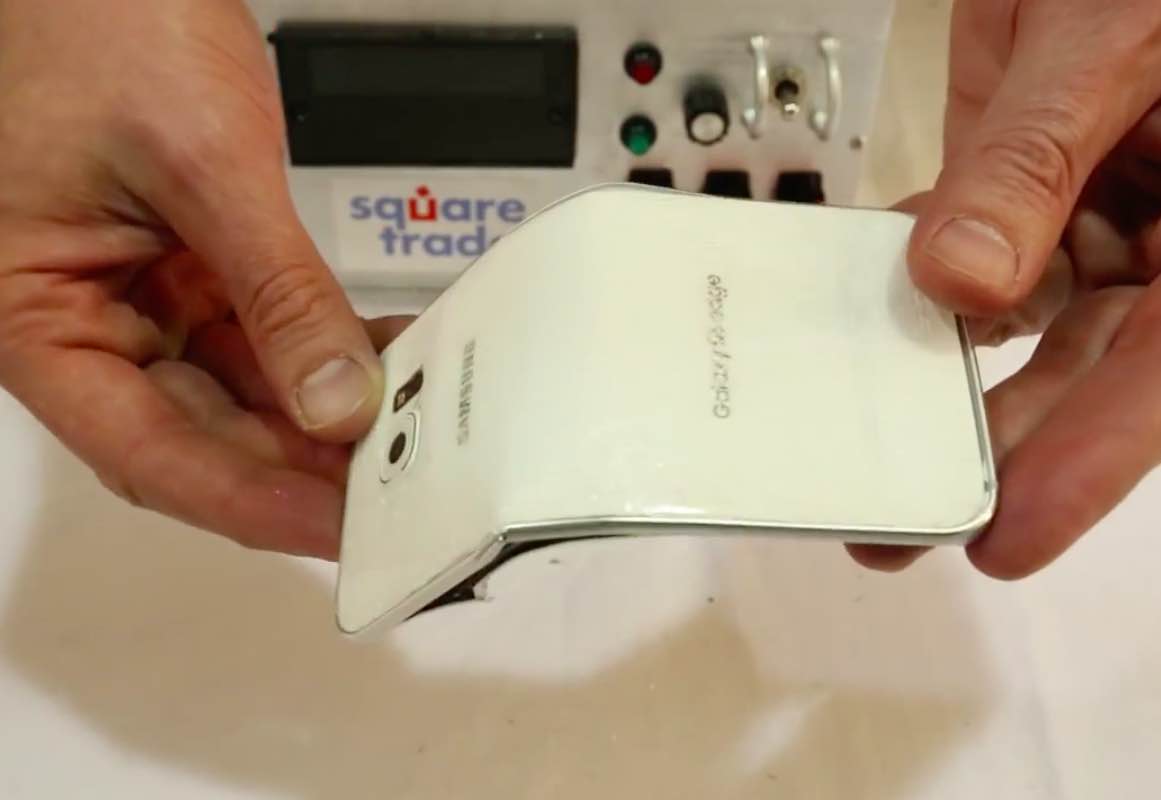 So that being said, one would expect the Galaxy S6 Edge not to be as bendable as the Apple device. A large part of Samsung’s problem is its screen curved at the edges, which reduce its structural integrity and makes it crack faster under intense pressure.

The South Korean firm’s head of global Marketing, IT and Mobile Division, Young-Hee Lee, said this during the Samsung Galaxy Unpacked 2015 event in Barcelona last month (emphasis mine):

We’ve all dropped and shattered our smartphones before and it’s a huge pain. Well, Gorilla Glass 4 has your back. So not only does it look great it’s super tough. In fact it’s the toughest in the market.

Also, the special metal that we use is 50 percent stronger than the metal in other high-end smartphones. My first language may not be engineering but I do know that this phone will not bend. 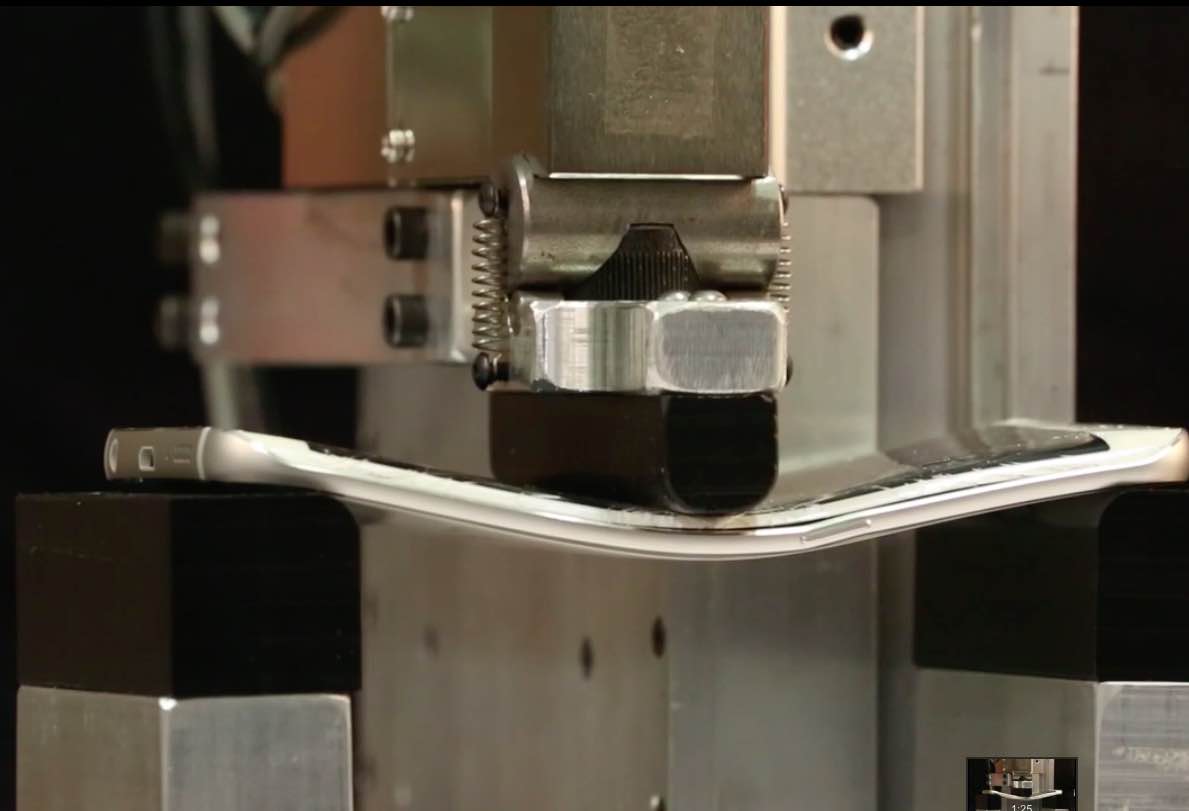 For what it’s worth, Apple’s tech specs pages for the iPhone 6 and iPhone 6 Plus confirm both devices’s screen contains ion-strengthened glass, though Apple never specified whether or not it’s still using Corning’s glass for screen protection.

To learn about the highly technical details involved in the development and production of the chemical process used to create the iPhone 6’s ion-strengthened screen, check out Daily Mail.