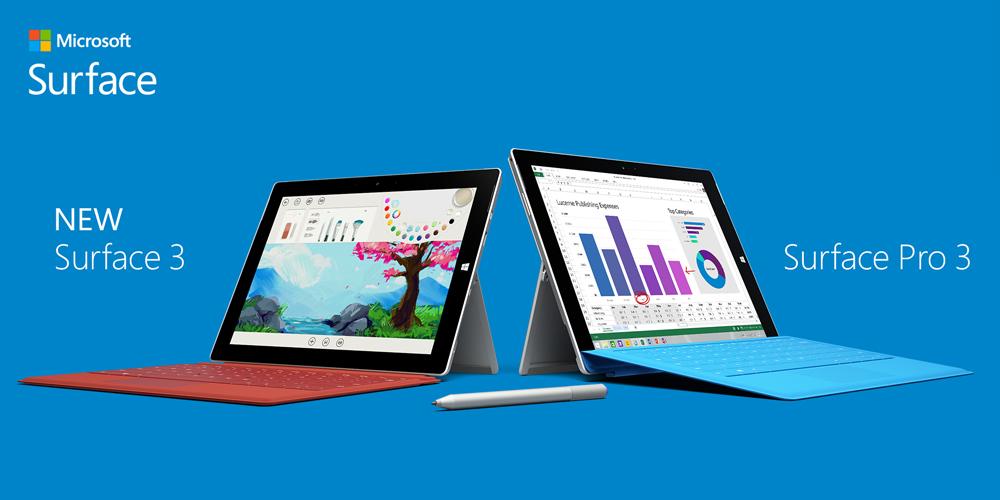 Microsoft on Tuesday upped the ante in the tablet race by announcing a new version of its Surface tablet/laptop hybrid, the Surface 3. Matching the iPad Air’s starting price, the $499 device is being advertised as Microsoft’s lightest, thinnest and least expensive tablet yet.

This non-Pro, low-cost version of the Surface runs Intel’s new 1.6GHz quad-core Atom x7 chip (the highest performing Atom processor on the market) rather than an ARM-based processor, putting another nail in the Windows RT coffin.

The hybrid device has two gigabytes of RAM and sixty-four gigabytes of flash storage, runs full Windows 8.1, is upgradable to Windows 10 and offers an optional colorful keyboard at $129 for a $628 total before taxes.

This is actually a great value for a productivity tablet which can run desktop software and has great multitasking features. By comparison, the existing pro-grade Surface Pro 3 starts at $799.

Designed as a complete laptop replacement, the Surface 3 features a three-position kickstand (desk, lap and couch) and all-day battery life, running full desktop applications that work with Windows 8.1, including Office.

“It has to run everything – even if it’s iTunes or Chrome,” said Panos Panay, head of Microsoft’s Surface team. “You’ll feel good because you left nothing on the table when you bought this product.”

According to Microsoft, the Surface 3’s battery lets you watch ten hours of video on a single charge. The device is 0.34 inches thin, which is “only slightly thicker than an iPad Air, but less than the new MacBook,” said the Windows maker.

There’s an eight-megapixel camera out the back and a 3.5-megapixel shooter out the front, each capable of shooting 1080p HD video.

Bluetooth styluses called Surface Pens are available for the Surface 3 in blue, red, black and original silver. The Pens are capable of sensing 256 levels of pressure and are compatible with both the Surface Pro 3 and Surface 3. You can use a Pen to capture a screenshot, highlight text, jot down notes in OneNote and much more.

Check out the Pens in action below.

Networking features include the latest Wi-Fi and Bluetooth 4.0 standards across all models. A Surface Docking Station is available to connect your Surface 3 to an external monitor, printer, mouse and keyboard or other peripherals. 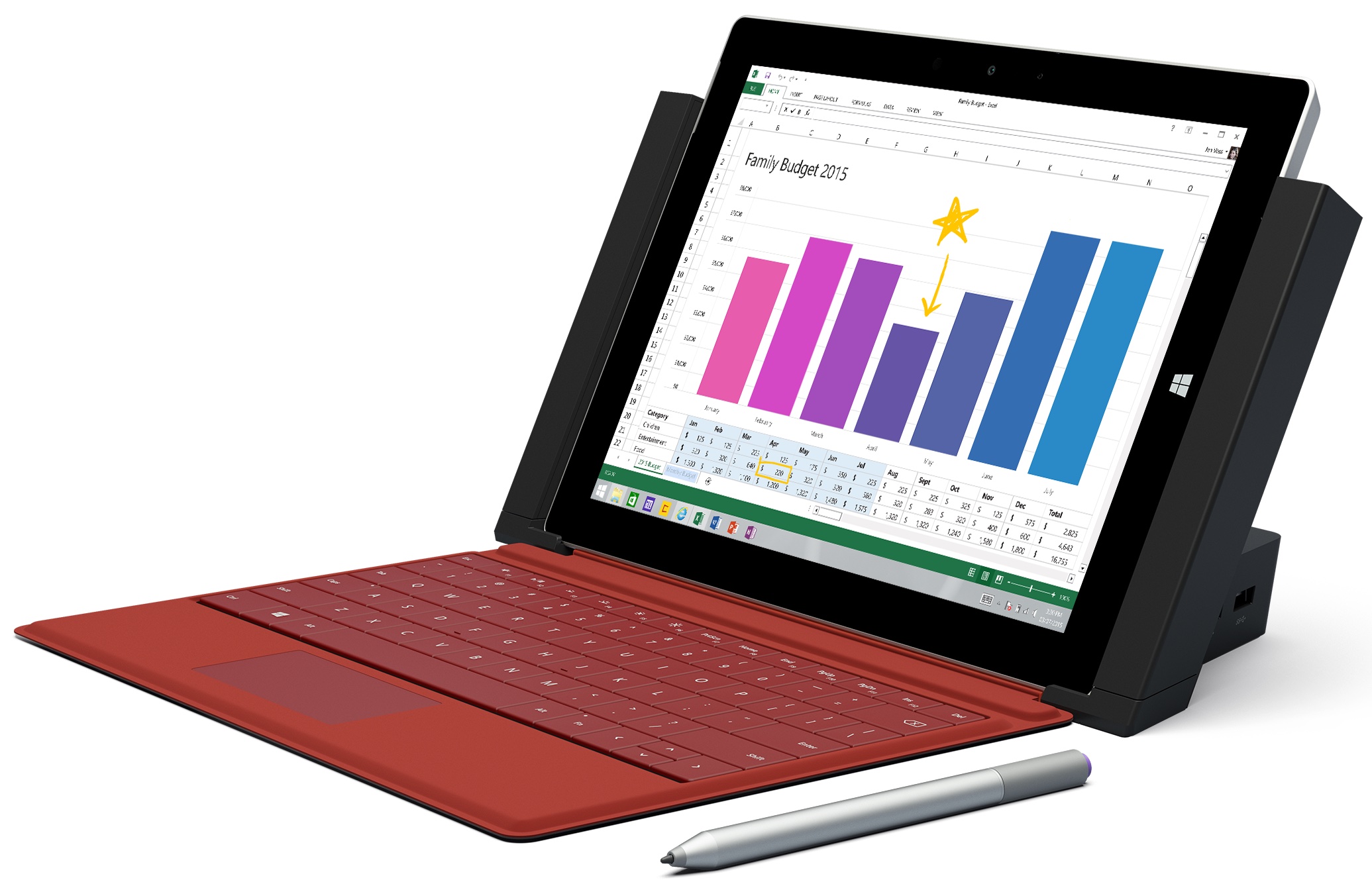 A more powerful Surface 3 with 128 gigabytes of flash storage and four gigabytes of RAM is available for $599. 4G LTE editions of the Surface 3 are an extra $100, shipping by June 26.

The super bright $129 Surface keyboards are available in tomato red, dark burgundy, light blue, purple and the original slate gray and dark blue. The Surface 3 weighs 1.4 pounds, or less than two pounds with the type cover.

The new Surface goes on sale on May 5, with availability in 26 markets by May 7. Sweetening the deal even more, Microsoft has included a one-year Office 365 Personal subscription with full versions of Word, Excel, PowerPoint, Outlook and OneNote and one terabyte of OneDrive storage with every tablet purchase.

A free upgrade to Windows 10 will be offered at a later stage. If you want to check out the device before purchasing, you can do so starting April 1 at your nearest Microsoft Store.

You can pre-order yours today from the Online Microsoft Store.