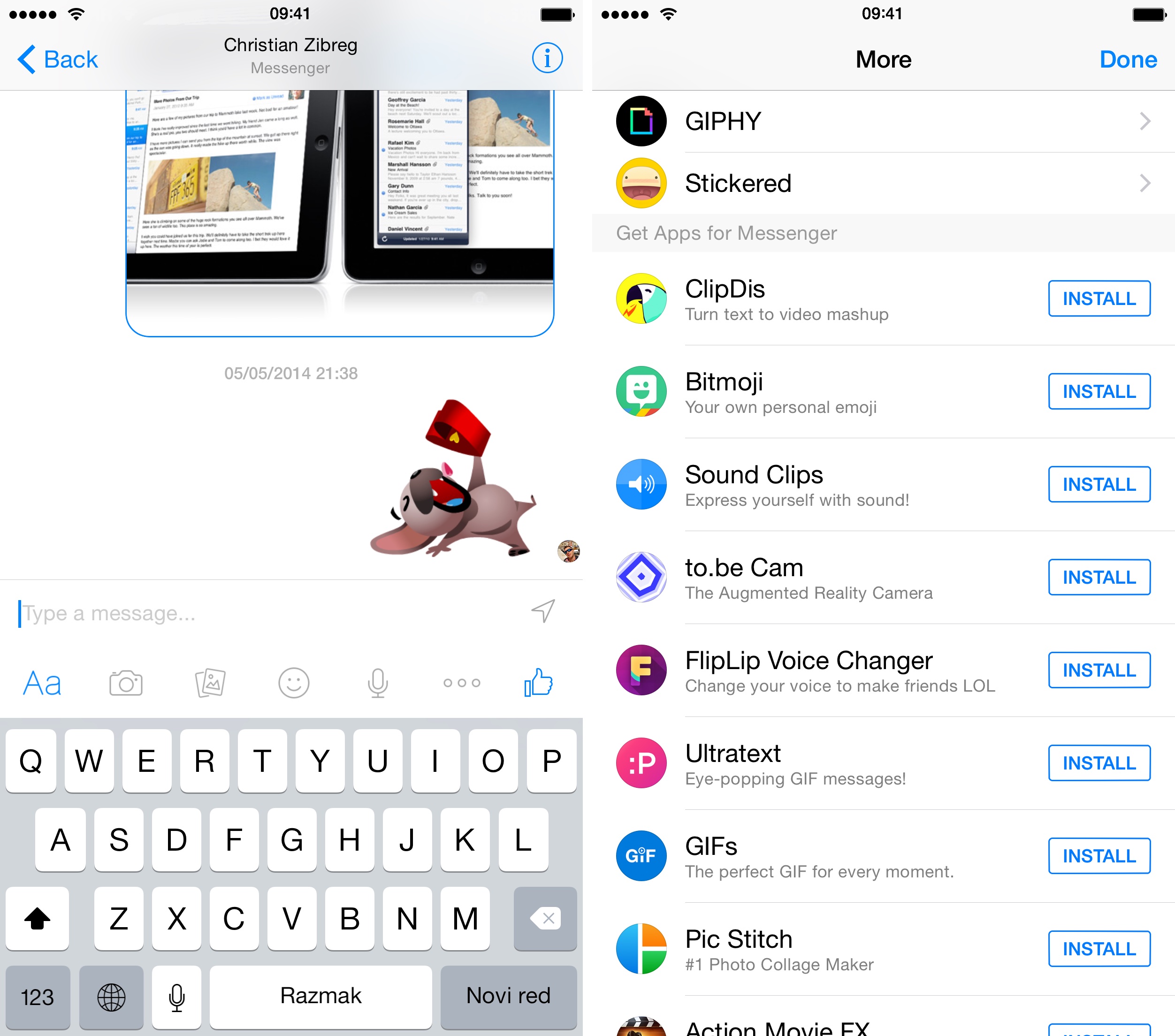 After announcing support for select third-party applications inside its Messenger service last week, Facebook on Monday issued a refresh to the mobile messaging app which officially enables third-party integration.

Now available free in the App Store, the update puts a new button in the chat interface of Facebook Messenger. Tapping it brings up a sheet where you can browse and download supported third-party apps that extend Messenger’s functionality, like apps for sending and receiving animated GIFs and more.

Just open any chat in Messenger and tap on “…” on the far right, right below the chat input field. Up pops a screen with all of the third-party applications that support integration via Facebook’s official Messenger API.

Taping an app actually installs an app from the App Store onto your device.

Just the other day, I tested this by installing Giphy, an app which enhances Messenger with support for receiving and sending of animated GIFs.

It works like a charm and even puts an in-line Reply button right below the animated GIF, allowing your recipient to reply with same content type using Giphy.

Lory also took Ditty for a spin, another third-party Messenger app which turns what you write into music, so check out her article to learn more about how third-party integration works in Messenger.

The 71.8-megabyte app requires an iPhone,i Pod touch or iPad with iOS 7.0 or later