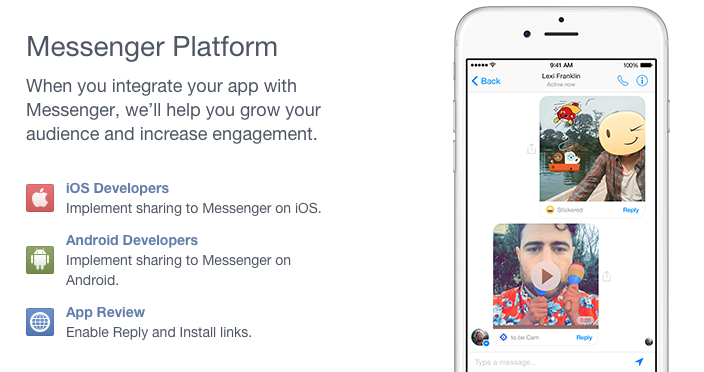 Facebook unveiled at its F8 Developer Conference on Wednesday it will make its Messenger API available to third-party developers, making Messenger a platform, like previously reported.

Developers will not only be able to hook their apps into the service, but Messenger users will also be able to install apps and make purchases inside Messenger. Facebook says 40 apps are launching within Facebook Messenger right away.

“We’ve been building Messenger as a way to express yourselves in more than just text,” Mark Zuckerberg, CEO of Facebook, said during the opening keynote in San Francisco.

A new version of the Messenger app was shown with a button above the keyboard with three circles, that’ll allow you to access other apps. One app example is Jib Jab, an app that allows you to insert a photo into a funny GIF. 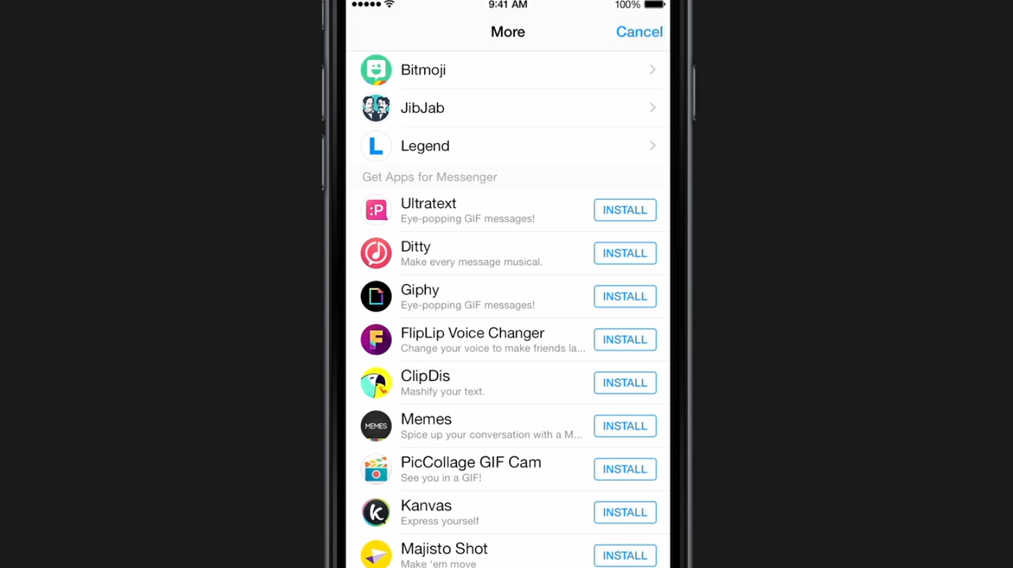