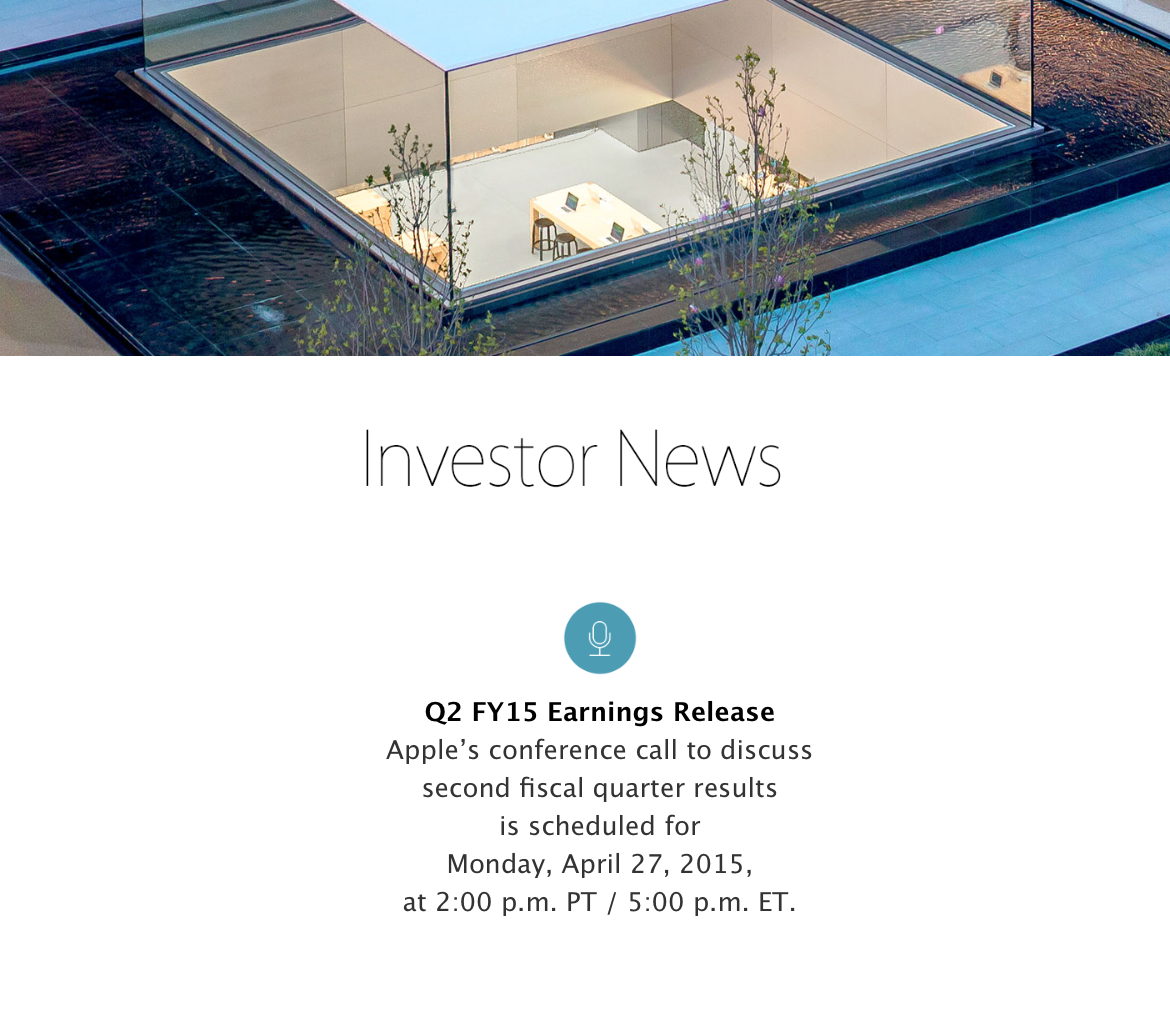 Apple just confirmed via its Investor Relations portal that it will be announcing the financial results for its second fiscal quarter of 2015 on Monday, April 27. As usual, the company will be hosting a live conference call to discussing its earnings, beginning at 2:00 p.m. PT / 5:00 p.m. ET.

While Q2 is typically an uneventful quarter for Apple this one should prove quite interesting. Industry watchers are anxious to see how it follows up its record-breaking holiday quarter, and the firm is sure to share initial thoughts and feedback regarding the just-launched Apple Watch.

Projections for Apple Watch sales range from 10 million to 40 million units for 2015, but since Apple has said it won’t be breaking out those specific numbers in its earnings, we may never know for sure. iPhone sales are expected to be in the 50+ million range and Macs in the 5 million range.

We’ll of course be posting Apple’s earnings, along with other important announcements on the 27th, so be sure to tune in.