Apple has posted its [fiscal] first quarter earnings report for 2015 this afternoon and they are incredible. The company says it sold a staggering 74.5 million iPhones and recorded $74.6 billion in revenue during the holiday-driven 3-month period.

Both of the numbers beat even the most optimistic Wall Street estimates, and are all-time records for the company. To give you an idea of how big this is, Apple sold 51 million iPhones and earned $57.6 billion in the exact same quarter last year.

Here is a breakdown of the numbers, versus what Apple did during the year-ago quarter:

“We’d like to thank our customers for an incredible quarter, which saw demand for Apple products soar to an all-time high,” said Tim Cook, Apple’s CEO. “Our revenue grew 30 percent over last year to $74.6 billion, and the execution by our teams to achieve these results was simply phenomenal.”

“Our exceptional results produced EPS growth of 48 percent over last year, and $33.7 billion in operating cash flow during the quarter, an all-time record,” said Luca Maestri, Apple’s CFO. “We spent over $8 billion on our capital return program, bringing total returns to investors to almost $103 billion, over $57 billion of which occurred in just the last 12 months.” 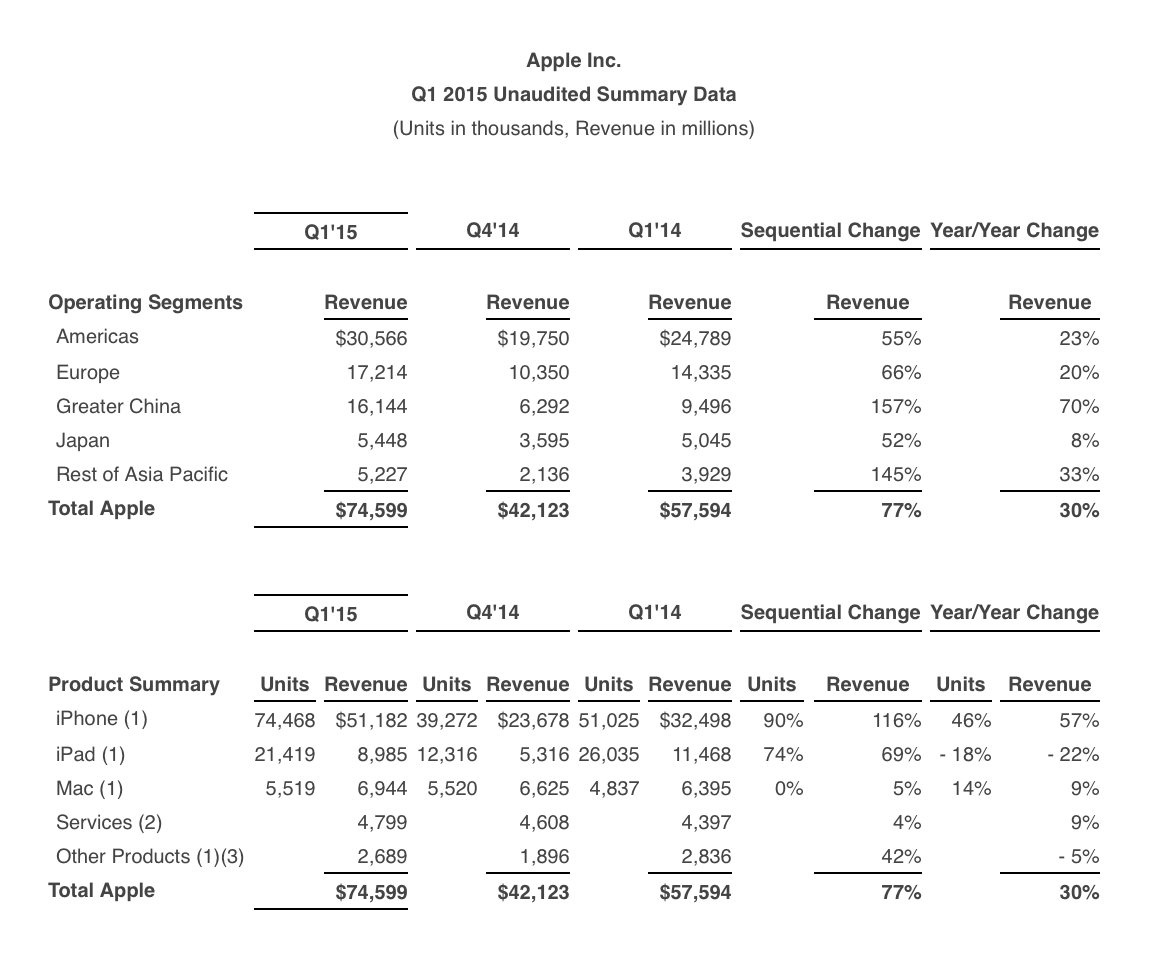 Apple’s earnings call will start in just a few minutes. If you’d like, you can listen to a live webcast of the call via Apple’s online investors portal. Or as usual, you can continue to check back with iDB later this afternoon for our post-call commentary.