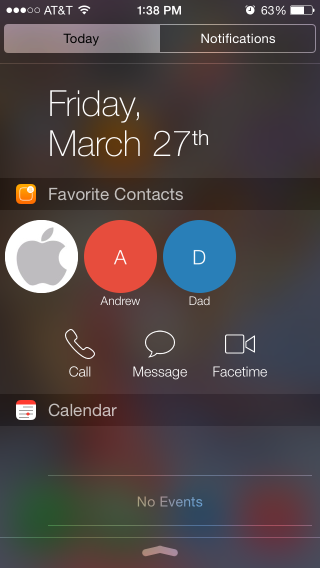 Favorite Contacts Launcher allows you to have instant access to your most used numbers. Once downloaded, this app will allow you to quickly call, text, or FaceTime anyone directly from Notification Center. The concept sounds extremely useful to non-jailbreakers, but does this launcher deliver?

Favorite Contacts Launcher operates by adding a widget to the today section of your Notification Center. When you first start Favorite Contacts Launcher, it will take you through a brief tutorial on how adding widgets works. After that, you will be immediately prompted to give the app access to your contacts. Once that is all out of the way, you can begin adding your widget shortcuts by tapping the plus icon. After each contact is added, you can further edit the shortcut by enabling or disabling calling, messaging, or FaceTime individually. 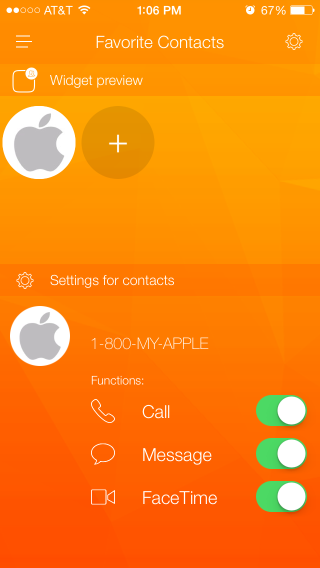 I was pretty skeptical of this app at first. I just didn’t think that the functionality would be there or that it would be able to transition smoothly into Apple’s stock apps. The truth is that I was very wrong. Favorite Contacts Launcher works exactly as advertised. The launcher’s only drawback is that it simply provides shortcuts to Apple’s stock apps. This works perfectly when making a phone call or using FaceTime, but it does hinder the texting feature. When “message” is selected from the widget menu, the app you’re in will close, and Apple’s messaging app will open. This prevents it from becoming a replacement for jailbroken messaging apps like Couria or BiteSMS. 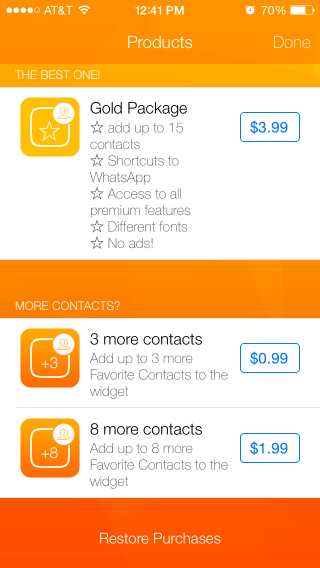 Favorite Contacts Launcher is available for free right now. The download will get you access to three contact shortcuts, while additional in-app purchases can be made to unlock more shortcuts and a few more features, including access to WhatsApp.