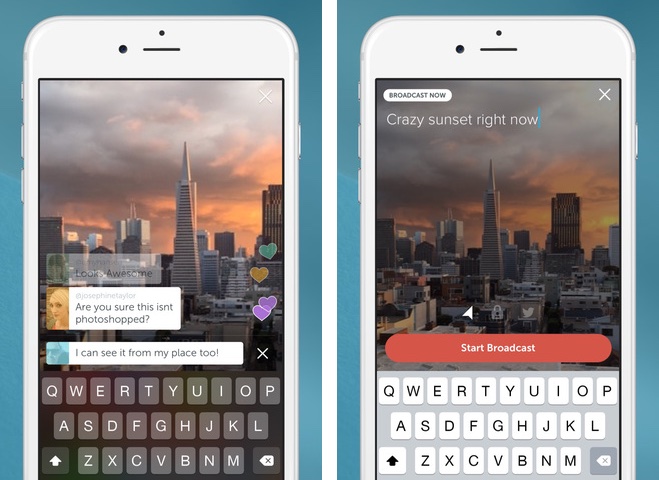 Ever since Twitter shut down Meerkat, the popular live-streaming app that cleverly uses Twitter existing account and social graph infrastructure, it became clear that the micro-blogging startup was about to launch a similar service of its own.

Indeed, on Thursday the company announced immediate availability of Periscope, a live-streaming video service it acquired back in January.

The free iPhone app, like Meerkat, allows users to start live-streams from their device in an instant.

“Periscope lets you broadcast live video to the world,” as per release notes. “Going live will instantly notify your followers who can join, comment and send you hearts in real time. The more hearts you get, the higher they flutter on the screen.”

In addition to starting an instant video live-stream from anywhere, Periscope users can browse live or recent broadcasts up to 24 hours after ending, watch and interact with other users via messages and hearts, follow other people and receive notifications about their activity on the service and more.

Periscope co-founder Kayvon Beykpour explained to The Verge why Periscope is a dedicated app instead of being folded into Twitter’s mobile app.

“We don’t think we need to start there,” Beykpour says. “We think this deserves to be a separate experience indefinitely.” 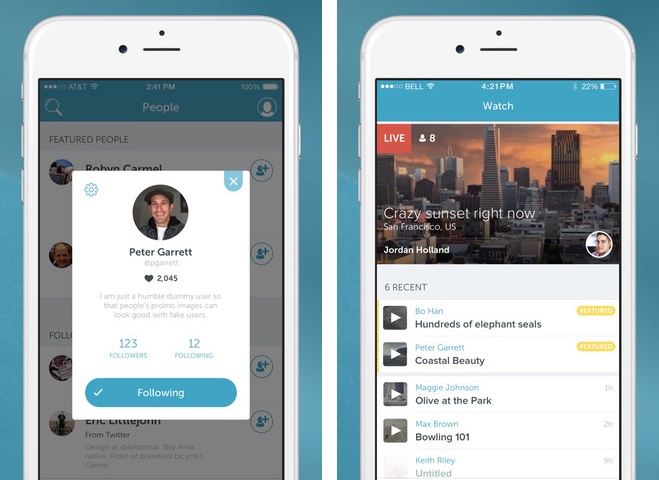 “We always thought that what we were building, if successful, could be a real-time visual pulse of what’s happening around the world.”

Replay — When your broadcast is over, you can make it available for replay so viewers can watch later. Viewers can replay your broadcast with comments and hearts to relive the full experience. Replays currently last 24 hours. You can delete your replay at any time.

Private — If you want to broadcast to specific people, press the lock icon before going live and choose who you want to invite to your broadcast.

Twitter — You can choose to share your Periscope broadcasts on Twitter by tapping the bird icon before you start broadcasting. When you go live, you’ll tweet a link so that your Twitter followers can watch on the web (or in the app).

Manage notifications — Periscope will suggest people for you to follow based on your Twitter network. You can always follow new people, or unfollow them if you don’t want to be notified when they go live. You can also adjust notification preferences in Periscope Settings (in Profile).

Heart — Periscope keeps track of how many hearts you get from your viewers. The more hearts, the higher you get in the “Most Loved” list.