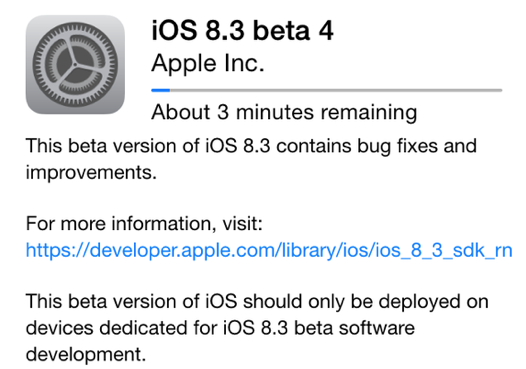 So there I was, two days into my carrier’s billing cycle looking at a text message saying I had used 80% of my 2GB data allowance. I’d used 1.6GB of 4G data in a couple of days, and I have Wi-Fi at home and at work. In fact, the only place I don’t have Wi-Fi in my day-to-day life is my car.

The answer came after much toggling of iOS option switches, browsing of websites and general trial and error. It turned out the ‘Documents and Sync’ portion of the inner workings of iOS was eating data like there was no tomorrow, which, once it reached that 2GB cap, wasn’t far from the truth. I had to buy more data just to give me wiggle room to do some more testing and once I knew where in iOS I could specifically track the usage that was causing me problems, I had somewhere to start.

Now believe it or not this post isn’t about hunting for strange iOS bugs and squashing them with the contempt that they deserve. It’s not even to point out that the culprit, after it was first thought to be iCloud Drive and in particular my favorite text editor, was actually iCloud Photo Library. It’s to remind everyone that betas aren’t as fun as you may think.

I’ve been using beta releases of iOS apps for years, and I’ve run the big new iOS betas for nearly as long. I like to fiddle with new things and it sort of helps with the job, too. I guess part of me just likes having something most people don’t, but that’s a discussion for another time. I’m currently using the latest iOS 8.3 beta and have, or had until yesterday, iCloud Photo Library (Beta) turned on. The text editor that I initially pointed the finger at when I noticed my data use was also a beta release. I know it’s asking for trouble, and that’s why I’m not shouting from the rooftops that someone from Apple owes me for a bucket of data. Betas do weird stuff. I get it.

But do you? Does everyone who will no doubt be signing up to Apple’s public iOS beta if they haven’t already?

Apple has been giving the general public access to OS X betas for a little while now, and a couple of weeks ago it started giving anyone who asks for it a way to download and install iOS betas too. The problem here is that come iOS 9 – when everyone with a fast internet connection and an hour to kill wants to try the next big thing – things are going to get messy. If you’ve ever used the fist beta of a big point-0 iOS release, you’ll know what I mean.

Or uses a month’s worth of data in a couple of days?

We, as technology enthusiasts, know the risks and if we install this stuff then we only have ourselves to blame. Will everyone who installs the latest and greatest iOS betas be equally prepared for the chaos they can bring? I suspect not, and that’s worrisome. even if Apple were to put big flashing warning messages on its site people wouldn’t pay attention and while it’s fair to argue that’s their own problem, the damage caused by a duff iOS release can be catastrophic not just for the user in question but for Apple’s reputation as well.

Now if you’ll excuse me, I’m off to find out why a service that explicitly says it won’t work when not on 4G was doing the opposite. Welcome to betas folks. I hope you enjoy the ride.