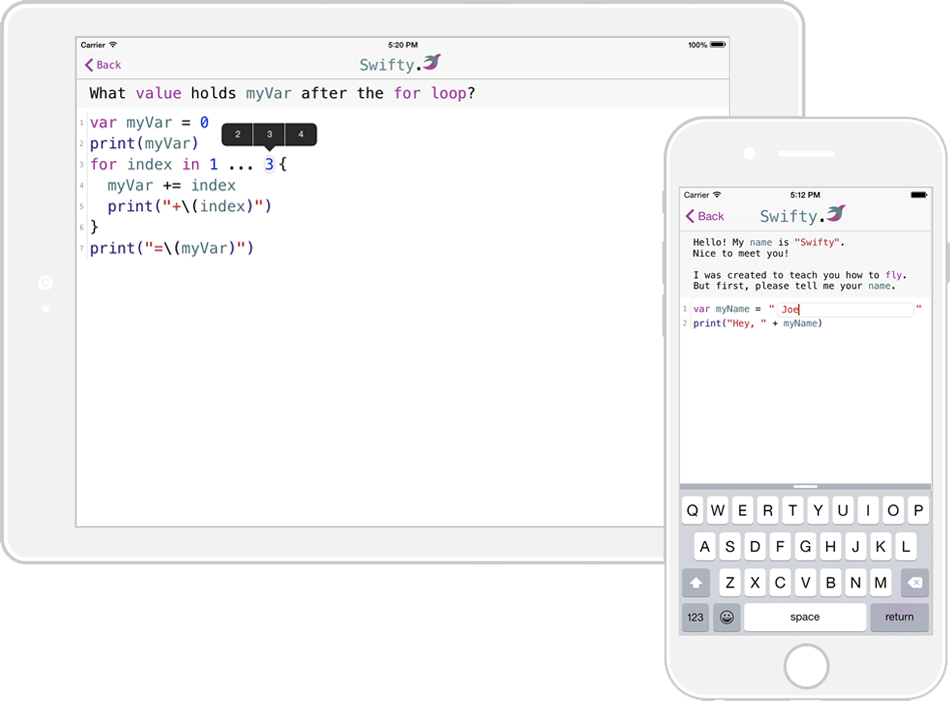 Want to learn to code in Apple’s new programming language, Swift? There’s now an app for that, too! Swifty for the iPhone and iPad may be the best introduction to programming you’ve ever used.

Created by develop Johannes Berger, not only is the iOS app a great insight into Apple’s new programming language for third-party iOS and OS X development, but a comprehensive guide which will tech you Swift basics and coding with more than two-hundred interactive lectures.

Of course, don’t expect to start building robust Swift apps immediately after completing the lectures in Swifty. But if you want to gain some practical knowledge of Apple’s programming language for the future, do give Swifty a whirl.

I checked out at least a dozen Swift programming guides available online and they were all way over my head because I’m a lousy programmer. For a beginner who wants to learn Swift though, this app is genius.

The first chapter is provided free of charge, and you can buy the others using the In-App Purchase mechanism. Each chapter is priced at 99 cents, but you can save money with a $2.99 upgrade that unlocks all chapters at once.