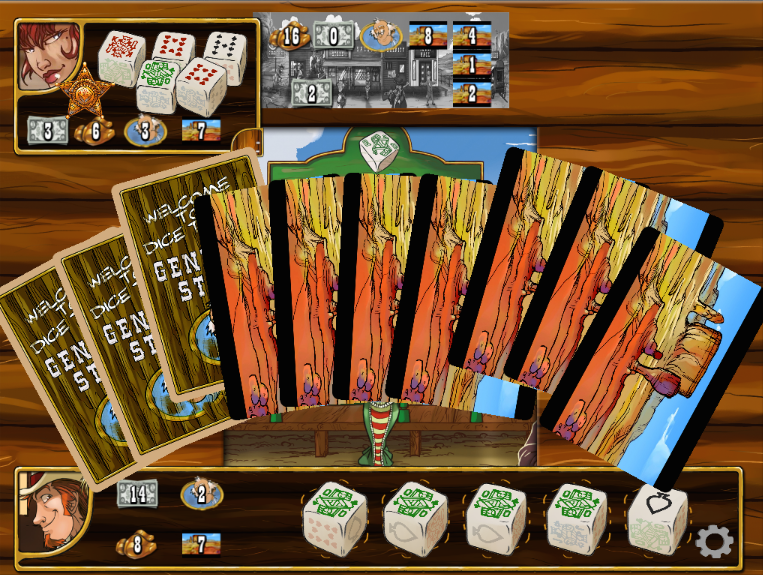 If you follow my reviews, you know how much I love board games that are ported to iOS. I am especially excited about the ones I’ve never had the chance to play in real life. I can find out whether I want to invest in the board game by playing a few rounds of the digital version.

Dice Town Mobile is an iOS port of the land grab game of luck and fortune. Just like in trading stocks, the more you risk, the bigger the win. But, the higher the stakes, the more chance you have of losing it all.

The goal of the game is to get the best poker hand using dice. Players start by rolling five dice. Similar to Yatzee, players keep the dice they want and roll the rest a second time. The first keep is free, but it costs one dollar for each dice you keep after that. 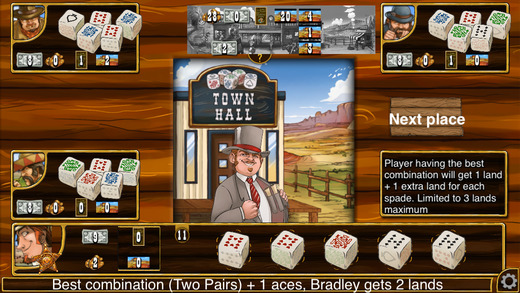 General Store cards will either help you, or hurt your opponents. For example, the Corruption card gives its holder an extra draw from the General Store. Some cards provide additional Victory points.

The game ends when the board runs out of gold nuggets or property claims. Player’s Victory points are then tallied. The player with the most Victory points wins the game. 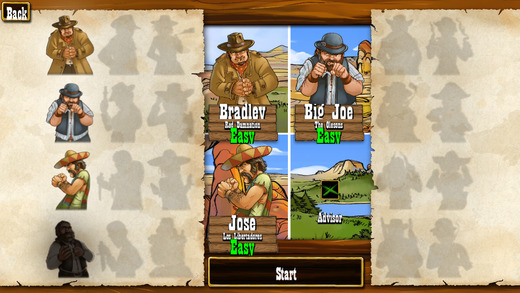 The iOS version of this game allows you to play against up to three additional computer opponents. As you progress, you will unlock new opponents. At this time, there is no online or pass-and-play multiplayer feature.

Dice Town Mobile is available on the iPhone, iPad, and iPod touch for $3.99. Download it in the App Store today.

What do you think of this friendly game of chance? Let us know in the comments below.