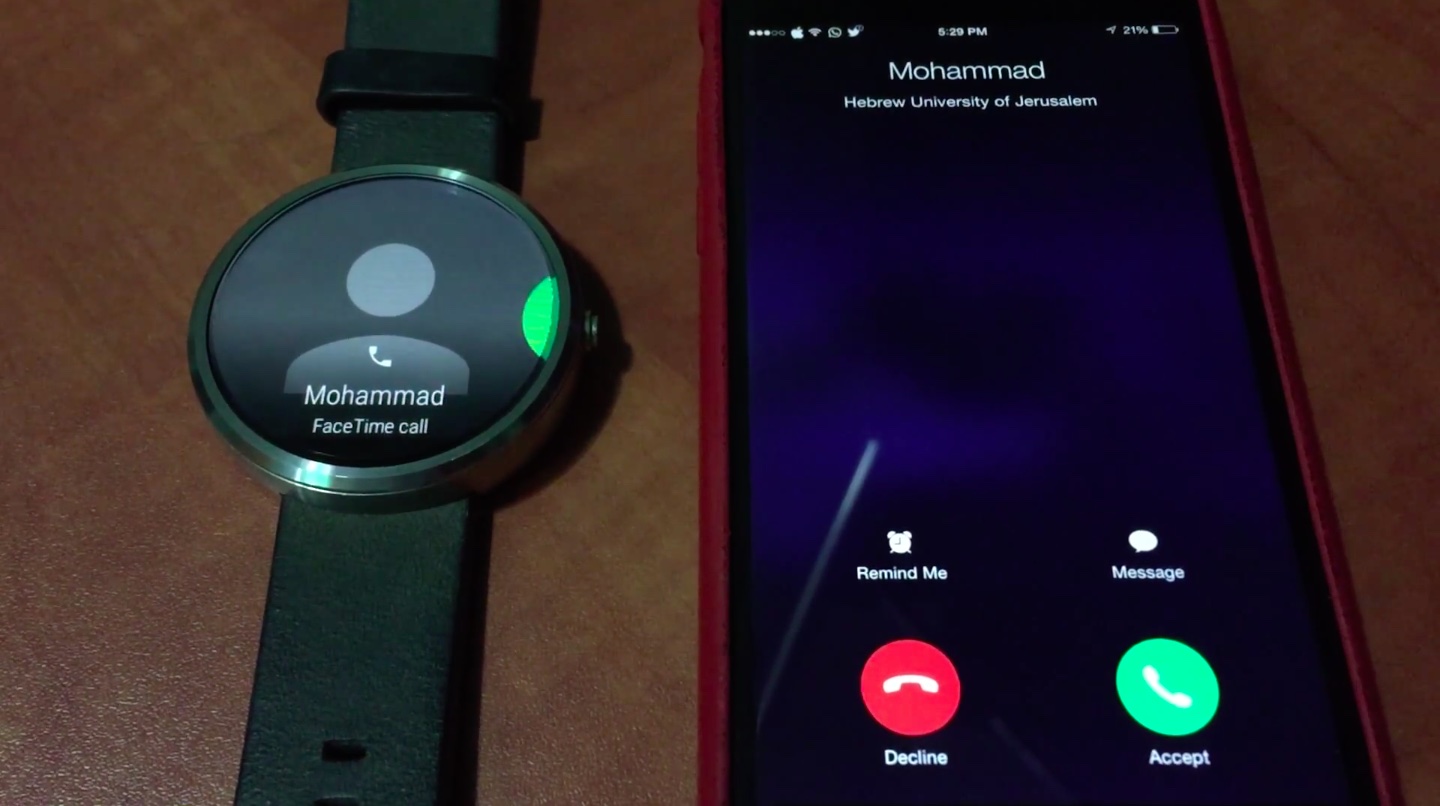 Back in February, Cydia developer Mohammad Abu-Garbeyyeh, the brains behind jailbreak tweaks like DoubleTapToSleep and SpotlightSiri, showed off proof-of-concept which lets the stock iOS Messages app notification to be sent directly to a flagship Android Wear device, Motorola’s Moto 360.

He’s been since exploring ways to add more functionality to the app and this morning posted a new intriguing video depicting an Android Wear watch accepting an incoming call from an iPhone.

The solution involves a little bit of software trickery. As shown in the clip included below, he had to simulate the gesture to answer the incoming iPhone call on Android Watch, no jailbreak required.

Answering iPhone calls with Android Wear was made possible using ANCS. Although an iPhone featured in the video is jailbroken, jailbreak is not required for the iPhone calling functionality on Android Wear.

And due to the nature of the API used, this also means that iOS 8’s Actionable Notifications are supported as well.

It’s important to keep in mind that this is an unofficial solution so Apple may choose to break Mohammad’s app at any time (I’ll be surprised if they don’t).

Google on its part is said to be working on an iPhone app that will bring full Android Wear compatibility to iOS.