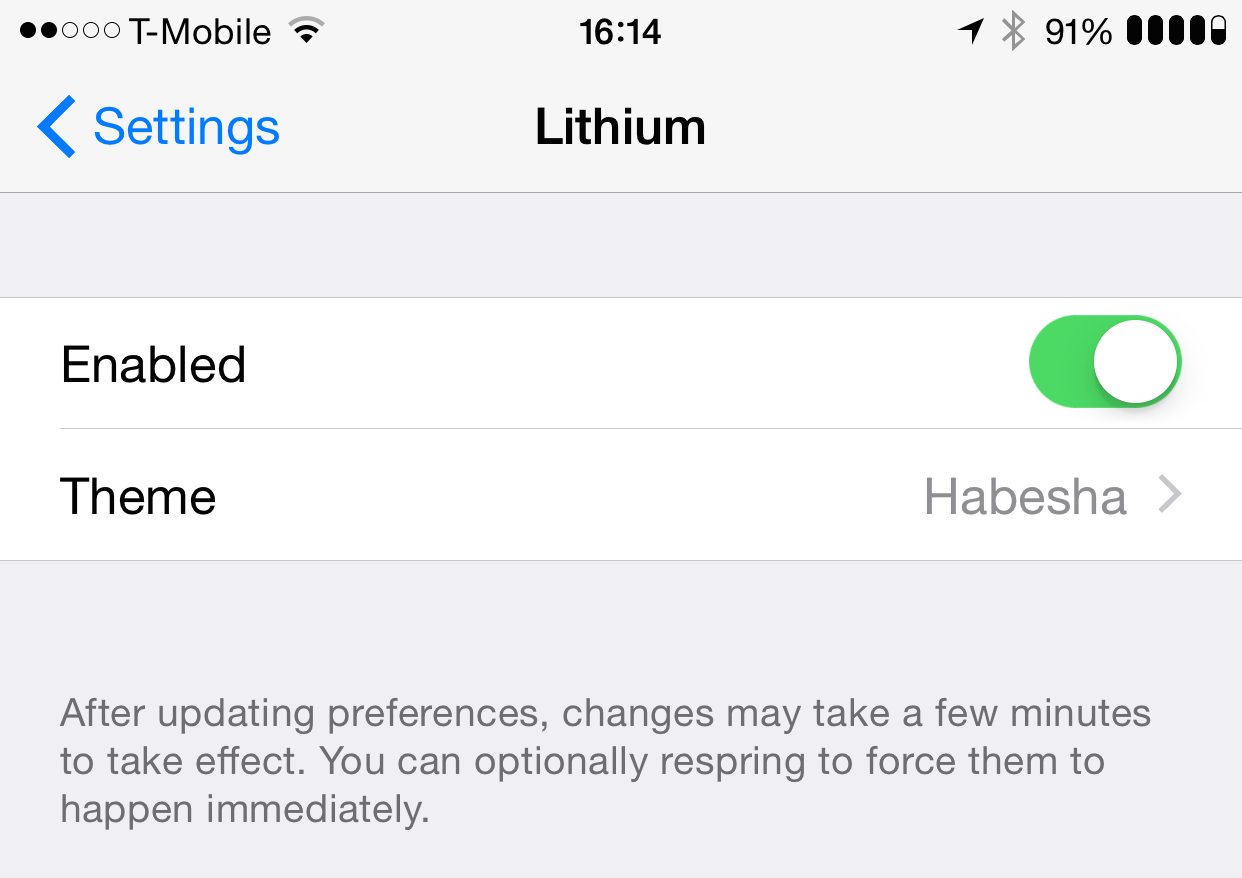 Lithium is a brand new jailbreak tweak that adds a themed battery indicator to iOS 8. A similar tweak with a similar name, Alkaline, already exists on the Cydia store, and Lithium pretty much replicates the feeling of that tweak.

While some users report that Alkaline works perfectly on their iOS 8 device, it’s never worked without a visual glitch on my iPhone 6 Plus. For that reason, I’d be up for trying Lithium on an extended basis.

Once you install Lithium, you’ll find a new preference panel for the tweak in the stock Settings app. Lithium’s preferences are almost a mirror image of Alkaline’s, and even the name of one of its stock themes—Habesha—is lifted straight from Alkaline.

You can switch themes by going into the theme panel and selecting the alternate stock theme—LBI. After doing so, you’ll need to respring to enact the changes. Lithium’s developer says that it’s possible to create your own themes using javascript. These scripts can be found within the /Library/Lithium folder. 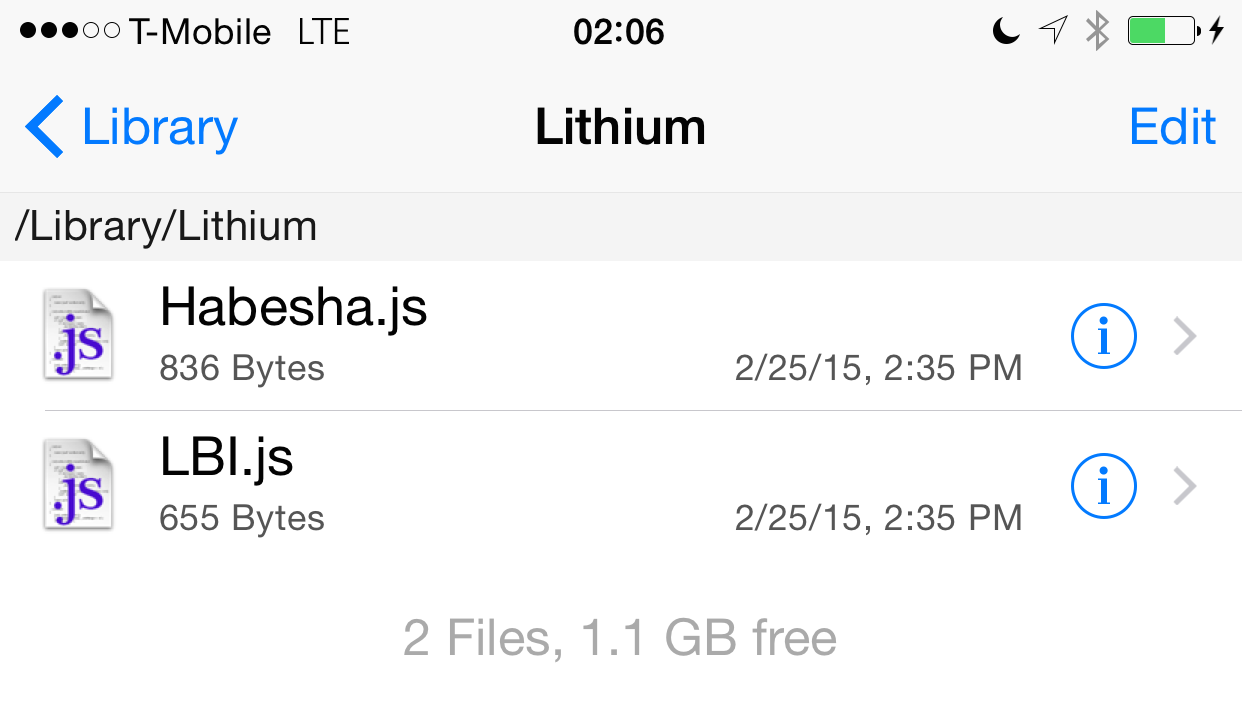 The fact that you can create your own themes using scripts is impressive. It’s also nice not to have to rely on WinterBoard for theming.

You can try Lithium today for free on the ModMyi repo. Let us know if you create any battery theme scripts; we’d be interested in seeing what you guys come up with.