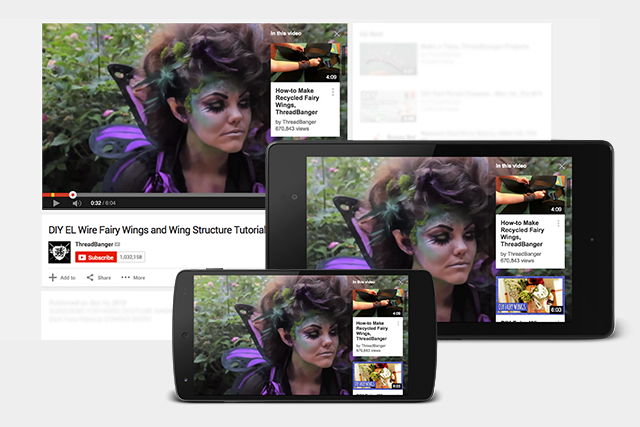 Similar to Google Now cards, YouTube Cards pop-up to deliver additional pieces of information while the video is playing. Google has said that YouTube Cards will “eventually replace annotations,” but only once they can do everything annotations can do today.

Available anytime during the video, these Cards work across mobile and desktop and have been designed to inform viewers about other videos, merchandize, playlists, websites and more. 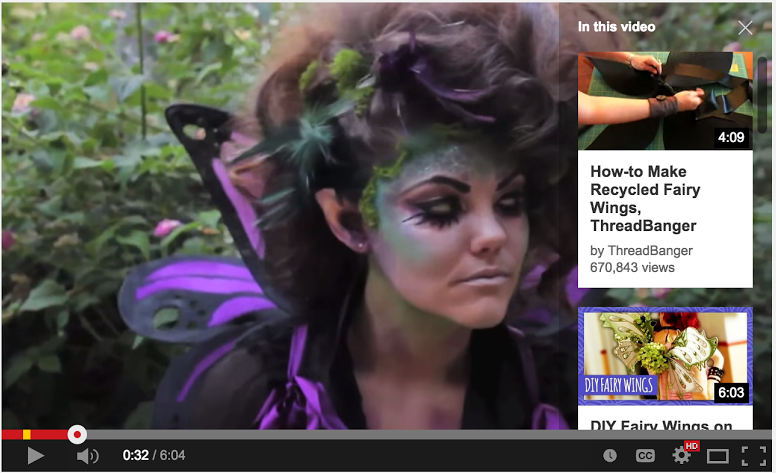 For the time being, the following YouTube Card types are supported: Merchandise, Fundraising, Video, Playlist, Associated Website and Fan Funding.

YouTubers can start creating and adding Cards to their videos by visiting a new “Cards” tab in the YouTube Video Editor.

YouTube Cards are applied on a per video basis.

Content creators can provide a destination URL from a list of eligible sites and, depending on the card type, customize an image, title and call-to-action text.

After spotting a teaser which shows at the designated time for a few seconds, a user can click on it to access the Card directly.

According to Google, they plan to optimize the system to surface the most relevant teasers and cards based on performance, viewer behavior and the device they are using.

As for other news, YouTube has started accepting 360-degree footage with 24, 25 or 30 frames per second which has been captured with the Giroptic 360cam, IC Real Tech Allie, Kodak SP360 or Ricoh Theta camera.

360-degree clips have a pan button in the top left corner of the interface and can also be rotated using the WASD keys on your keyboard. For the time being, these clips can only be enjoyed in Google’s own Chrome browser and on the existing YouTube app for Android.

By moving an Android phone or tablet around, users can see all the different angles while the video plays. You can do the same on youtube.com or embedded videos on Chrome by using the mouse to drag the point of view around.

“We’re working to bring this to iPhone, iPad and other devices soon,” reads the post. Again, content creatures will need to use a dedicated camera hardware in order to capture moving pictures from all angles.

Here’s an in-engine 360-degree VR experience created in Unity by StressLevelZero and posted to YouTube as a 360-degree video test. All alleyways were created by photoscanning real environments.

Again, you’ll need to watch this in Chrome for the full effect.

“Be sure not to make edits to the video itself using the YouTube Video Editor and Enhancements tools on desktop or mobile apps, as these tools don’t currently support 360 degree videos,” cautioned the firm.

Before a 360-degree clip can be uploaded, you must include certain metadata in the video file for 360 degree playback to be enabled, using Google’s free 360 Video Metadata app for Mac or Windows.

Google’s FAQ doc has more on this.

YouTube is also experimenting with the multi-angle video feature that you can try out for yourself now, has recently issued a revamped YouTube Apple TV app and switched to HTML5 video player, having ditched Flash at last..