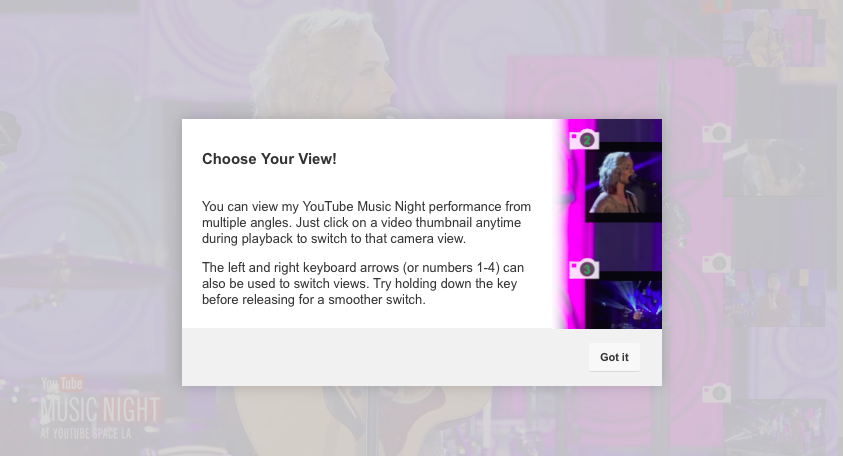 YouTube has begun experimenting with a cool new feature that lets you switch between different camera angles while the video is playing, TechCrunch reported Wednesday.

It couldn’t be easier: a multi-angle video presents you with a series of thumbnails, each representing a dedicated video stream from a particular angle. Clicking on any thumbnail switches you to that camera instantly, during playback.

“We’re testing a new feature that allows YouTube creators to upload videos from different camera angles from the same performance, letting fans choose their view and how they want to experience your video,” says YouTube.

As noted, viewers can also use the left and right keyboard arrows (or numbers 1-4) to hop between the cameras. Switching angles is nearly instantaneous, sans small jitters in the playback.

“Try holding down the key before releasing for a smoother switch,” advises Google. 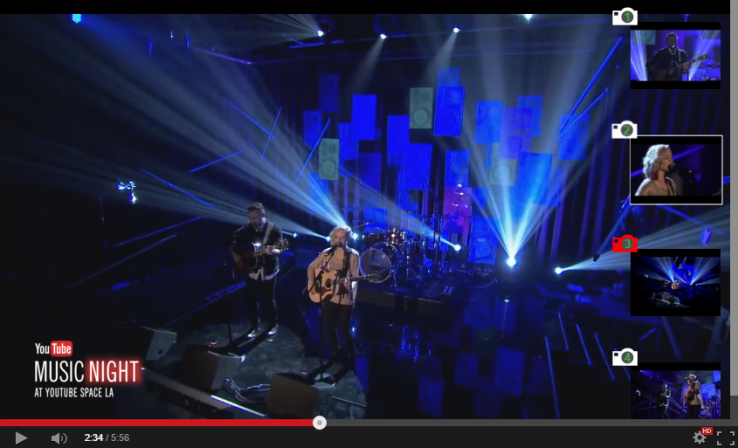 To showcase this interesting new capability, the team has converted the YouTube Music Night performance by popular indie artist Madilyn Bailey into a multi-angle video.

The process of creating these videos is automatic on the user’s side, but the feature isn’t 100 percent ready as the tech needed to support it doesn’t scale to everyone yet.

Then, try out Bailey’s multi-angle video yourself on YouTube.

This feature is currently available only to U.S. users on desktop.

Creators like our own Jeff Benjamin must be going bonkers over this trend. I can already imagine podcasters taking advantage of multiple camera angles to spruce up their technology video reviews.

Notably, YouTube has been testing another feature allowing users of its live event broadcasting to create multi-camera videos from up to six feeds, and even add unique captions for each camera angle within an event.

Unfortunately, neither the multi-cam nor multi-angle format carries over to mobile as mobile viewers get only to see the main camera feed.

That feature will permit owners of 360-degree cameras like the Giroptic to capture immersive videos.

“Ever wanted to get 360 perspectives on a video to see everything going on? That’s why we’re working to support 360 degree videos in the coming weeks,” YouTube confirmed in a statement to The Verge.