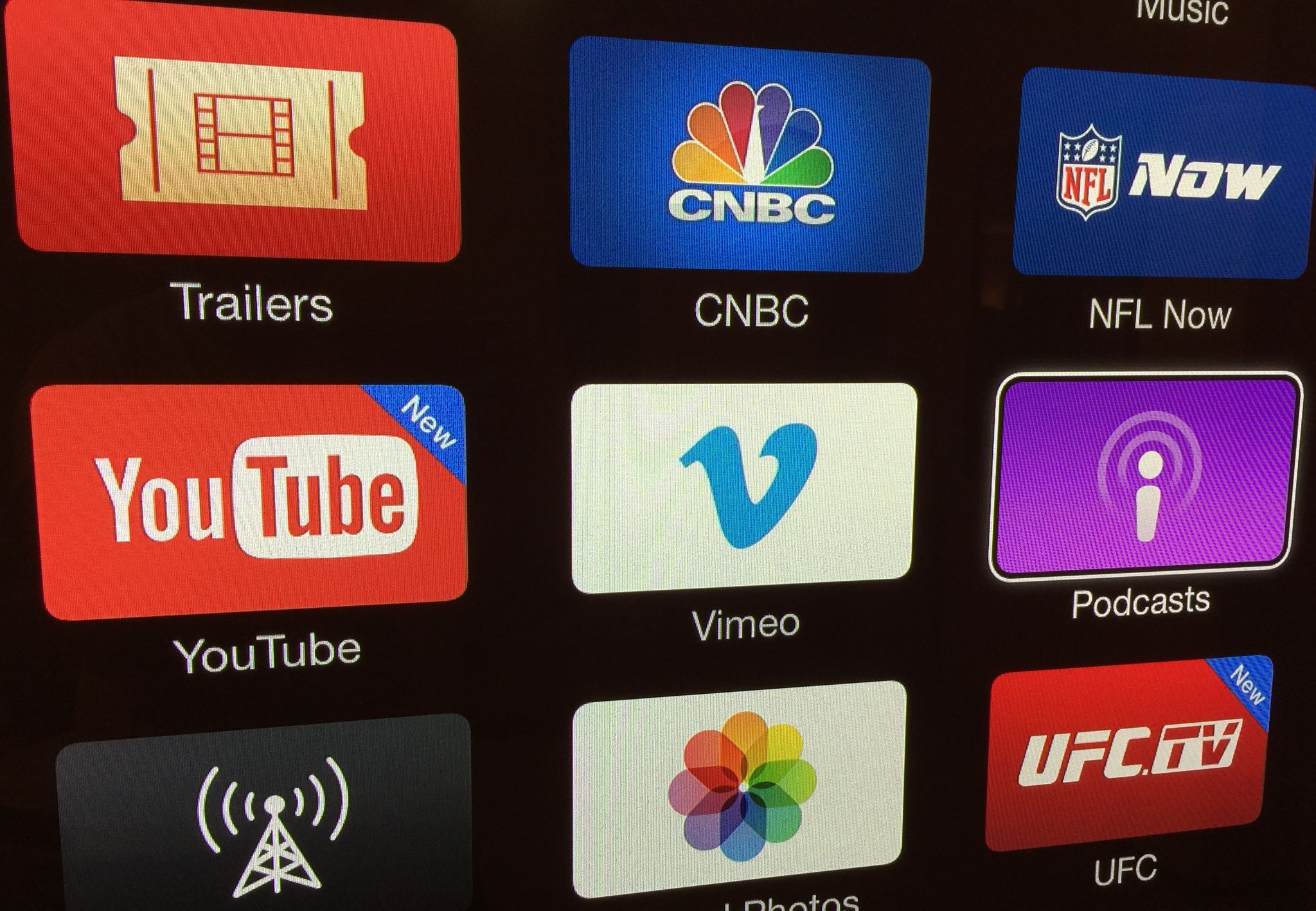 As first noted by Re/code, Apple’s $99 streaming box is getting a flurry of new channels today, including a redesigned YouTube app that for the first time shows ads on the platform which cannot be skipped.

It brings Apple’s device on par with other platforms that have been enjoying YouTube with personalized recommendations, predictive search and all the videos for quite some time now.

In addition to the refreshed YouTube appearance with improved functionality, the set-top box has gained a set of four new channels, including Dailymotion, a video-sharing website owned by French multinational telecommunications corporation Orange.

It’s interesting that the newly added or refreshed channels are now marked with a nice looking “New” label in the top right corner of the Home screen icon.

Now YouTube on Apple TV looks similar to YouTube on Xbox and other devices. The redesigned app has ditched the old login system in favor of the more secure OAuth, which requires that you visit youtube.com/activate to register your device.

After signing in, you may be presented with a list of Google identities associated with your account which may include your account’s personal identity and/or any Google+ pages managed by your account.

For starters, YouTube on the Apple TV now has a Safety mode which attempts to hide videos and search results that contain inappropriate content. 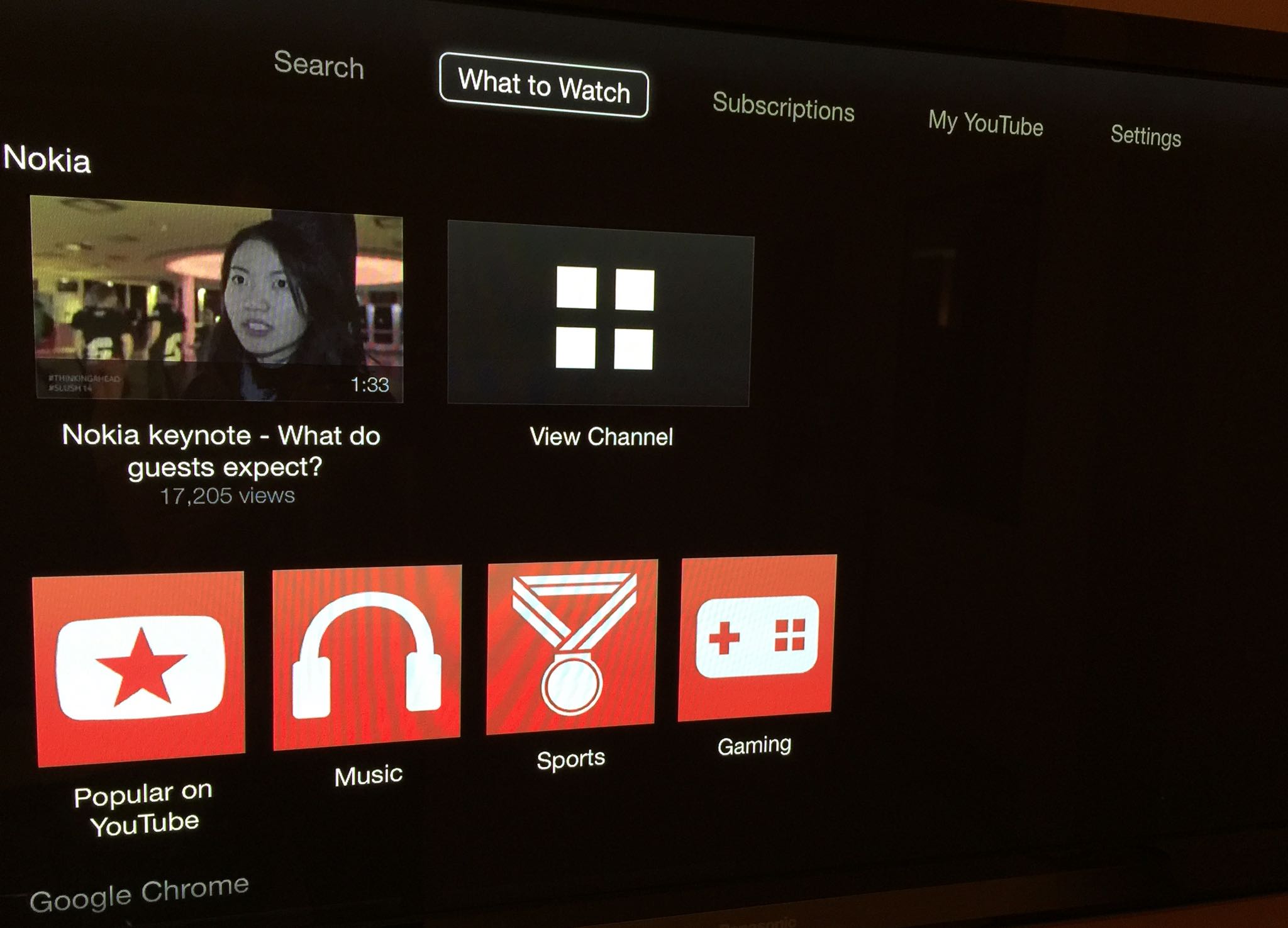 You can also browse YouTube’s personalized recommendations, use its predictive search, elect to help make YouTube better by sending anonymous usage data to Google and clear your YouTube watch history on all devices on the Apple TV.

It’s great that previously unavailable content such as music videos now at last streams to Apple’s set-top box, just like it has been doing for ages on other platforms. Developed by the YouTube team, the app “unlocks content that was previously unavailable on the older version of the app and makes it easier to find what’s popular on YouTube,” says the team. 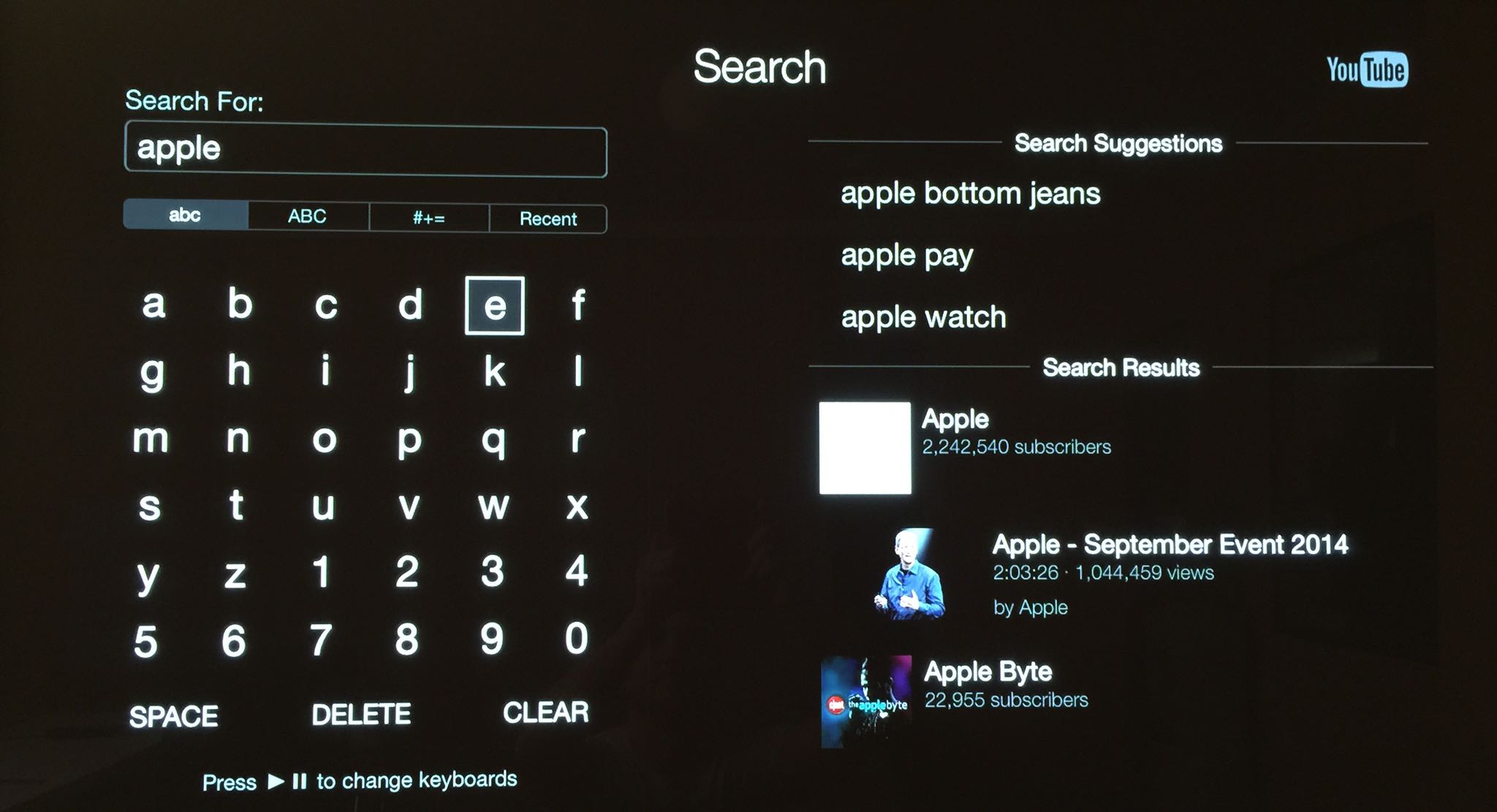 You’re also going to love the reworked Pause interface (hit the Play/Pause button on the Apple Remote) with its new Up Next feature and Related Videos like before.

Music videos with the ad-free badge on desktop and mobile will play ad-free on the Apple TV (offline playback is not supported). 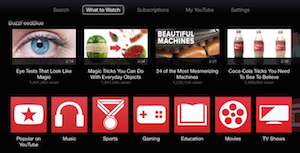 Your purchased movies and TV shows and live events are available after signing into the YouTube app under the My YouTube tab (just scroll down to Purchases).

As for paid channels, you watch videos from any paid channel that you’ve subscribed to by navigating to the Subscriptions tab.

Here’s a video overview of the new YouTube app.

Check out all the other channels Apple TV users are getting today:

These new sources should automatically appear on your device. If not, apply the update manually by going to Settings > Software Updates > Update Software.

Again, due to regional restrictions some content may not be accessible in your country.