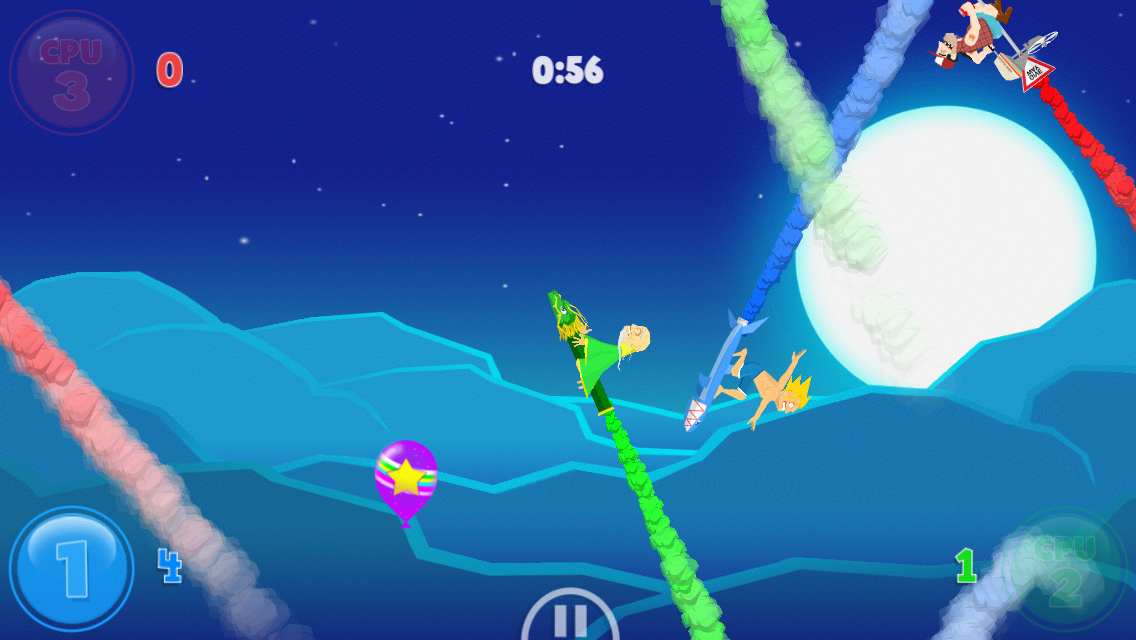 I’ve tried a couple of jousting games in the App Store. They look cool and have great graphics, but similar to golfing video games, I’m not a big fan of the type of games where you have to time the swing, or attack, with precision. I prefer to run amok and swing wild.

Rocket Joust is a competitive arena game where players try to knock their opponent off of their mount with a good solid stab. Timing is less important than attacking your foes with unrestraint. We’ve got a game review of Rocket Joust for you today.

Players compete in a sky bound arena with up to three additional opponents. You can either play on the same device with friends, one taking each corner, or select computer-generated opponents.

Each joust lasts one-and-a-half minutes (although, you can change that in the settings section). The goal is to unseat as many opponents as often as possible within that time.

The game uses cartoon graphics and a jazz-rock soundtrack. There are five different characters to choose from. You can compete as a surfer riding a shark (Sharknado reference, perhaps?), a Jimmy Hendrix look-alike straddling a guitar, a construction worker astride a one-way sign with an orange cone and, what appears to be a motorboat engine, and an elderly Asian with a Fu Manchu mustache mounted on a dragon-shaped firework.

When the rockets fly, they trail a plume of smoke in the color scheme of the player, which makes it easier to tell who is who when the sky is filled with four of the same characters. 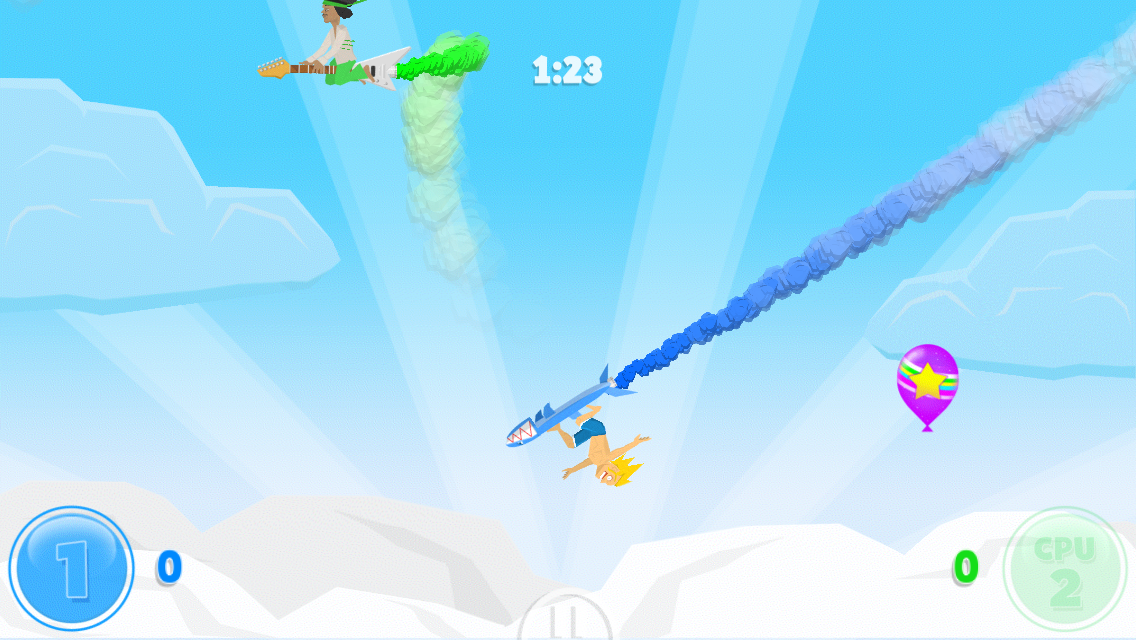 Once the game starts, players touch the screen to start their rocket. The flying mount will take off and the only other control is to touch the screen again to bring the nose up. This allows players to change directions to the left, right, up, and down by rotating in a circle while in mid-flight.

To unseat your opponent, all you have to do is ram him with your rocket. He will be knocked off and restarts from the beginning position. Unseat as many opponents as often as possible during the match to win.

There are power ups that float by in the form of balloons. One gives your rocket a speed boost. Another makes all of your opponents’ heads bigger, providing an easier target for your jabs. Another makes you invincible so no one can unseat you. All of the power ups last just a few seconds.

There are three game modes, Free For All, Team Joust, and King. In Free For All, it is every jouster for himself. Team Joust lets you play co-op with two players against another team, even if the other team is computer-generated. King is similar to Capture The Flag, except the flag is a crown and when you capture it, you become the King and your opponents try to catch you.

You can select any mode and choose one of four backgrounds and then let the jousting chaos begin. 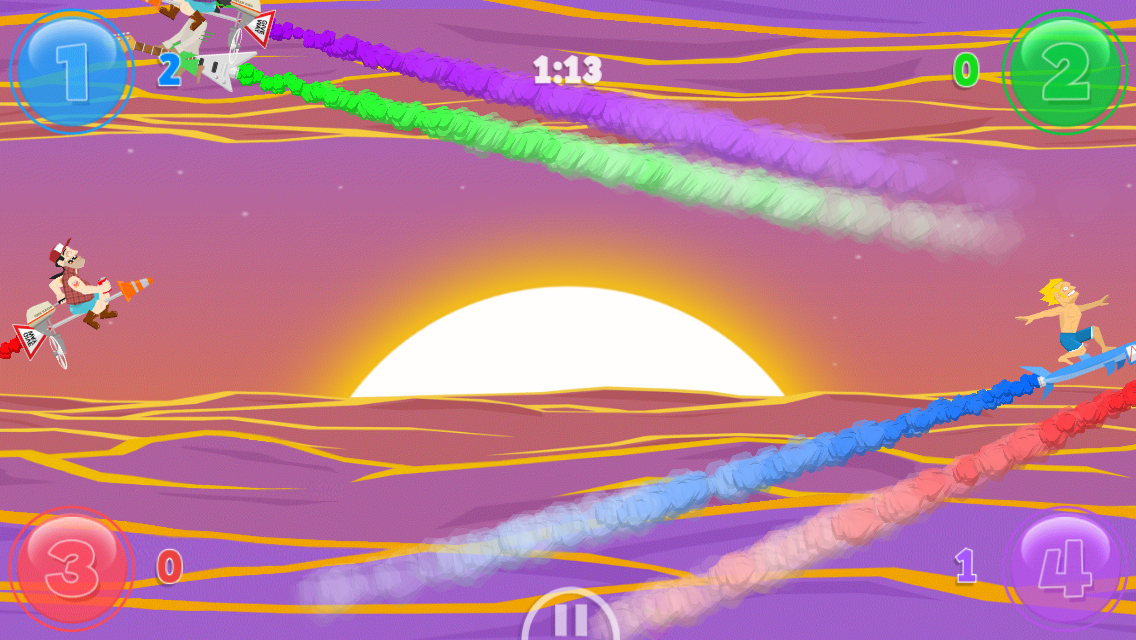 This game is good, simple fun. You can spend hours, mindlessly poking your opponents off of their mounts and getting the highest score.

I’d like to see the option to increase the difficulty of the computer-generated competition. The current ones are too easy.

I’d also be more excited about winning a match if I could win some kind of award, like unlocking funny mounts or clothing for winning a certain number of matches.

Rocket Joust costs $1.99. It does not have any in-app purchases. What you get is what you pay for up front. The game is fun as a single player, but would definitely be a source of entertainment for multiple friends standing in line at Disneyland. The replay value is high since every single game is different.

If you are looking for a fun multiplayer game that can be played with friends on one device, this is a great title to keep you smiling. If the developer adds options for difficulty levels and added rewards for winning matches, it would be an excellent single-player game, too. Download it in the App Store today.

Joust Legend is entirely unlike this free-for-all arena game, but it does feature jousting.