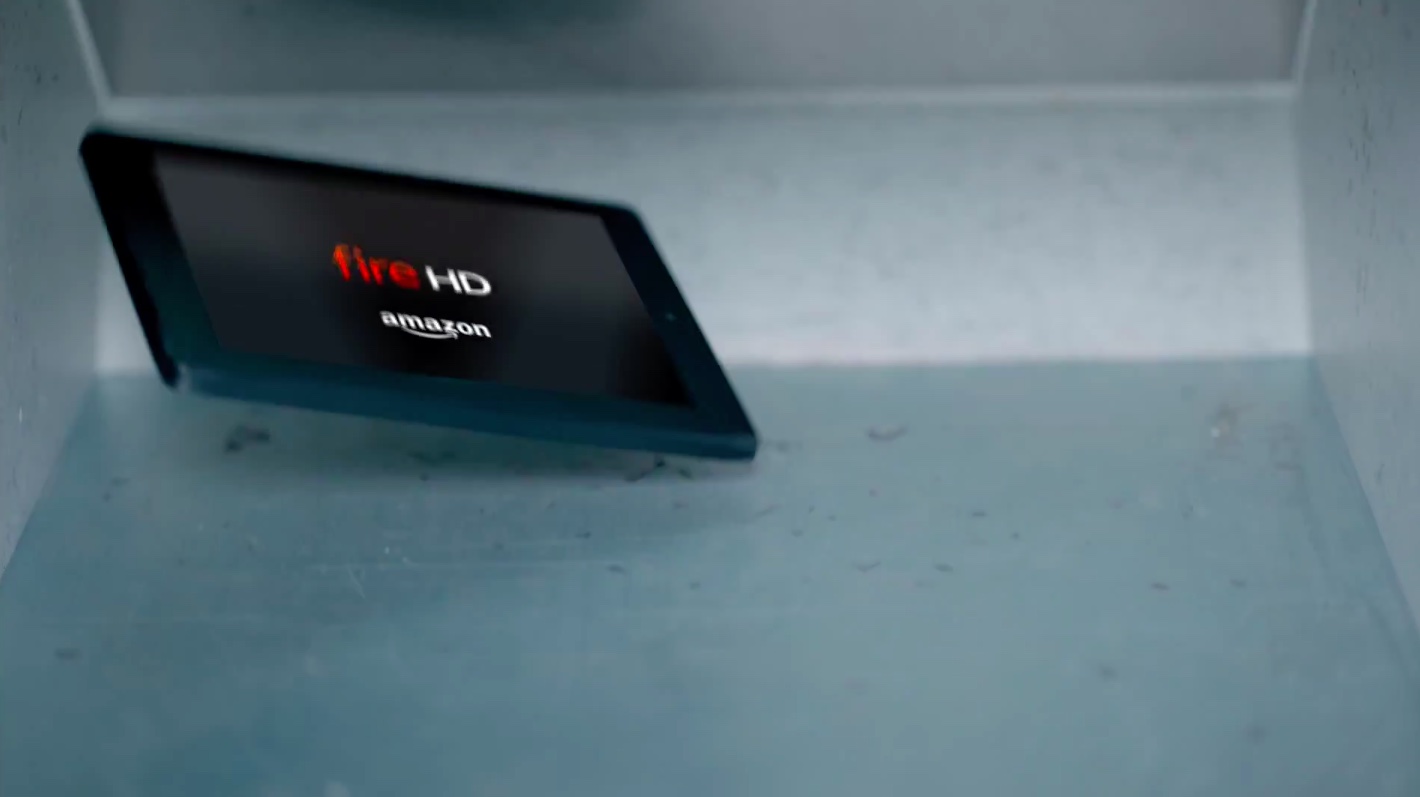 Forget about side-by-side software and hardware comparison, Apple’s iPad mini 3 is twice as likely to break into pieces should it slip out of your hand than Amazon’s Kindle Fire HD.

That’s the key message of Amazon’s latest television commercial which paints its tablet “twice as durable” as the iPad mini 3.

The 30-second video, which shows the Kindle Fire HD being subjected to various durability tests, is meant to reinforce the notion that Amazon tablets are sturdier than Apple’s.

Here’s the clip depicting Amazon’s tablet being subjected to a barrage of durability tests in an industrial tumbler.

According to Amazon, Fire HD tablets undergo over 25 durability tests and are designed to withstand forces of 1,000 g’s. “When tested against iPad mini 3 in drop tests and tumble tests, Fire HD proved 2x more durable,” argues the online retailer.

“This integrity, this durability inspires confidence in a product that’s meant to be taken places, handled and really used,” Ive says in the Apple video.

The Kindle Fire HD starts at $99 for a six-inch edition. A version with a seven-inch display is an extra $40. The Fire HD is the official tablet of the NCAA.