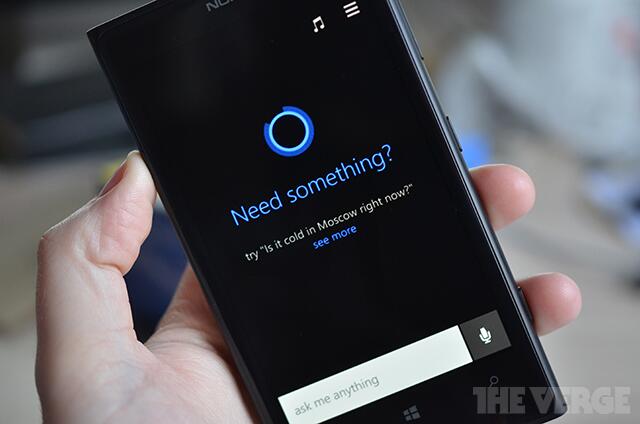 Microsoft has been hard at work developing an iOS and Android version of its Siri-like personal assistant, Cortana, which could hit the iPhone and iPad as a standalone application sometime in the fall 2014 timeframe, Reuters reported Friday.

The software giant currently provides Cortana on Windows phones and is set to launch it on desktop with the arrival of Windows 10 this fall.

Windows 10 integrates Cortana so users can perform queries and get various answers just by asking.

“Later, Cortana will be available as a standalone app, usable on phones and tablets powered by Apple Inc’s iOS and Google Inc’s Android,” people familiar with the project told the news gathering organization.

Moreover, Cortana is about to get smarter as Microsoft is working to implement algorithms from its artificial intelligence project called “Einstein.”

Like Google Now cards, Cortana uses knowledge about its users and couples it with a variety of information from a user’s device to provide relevant and contextual alerts.

For instance, it reads and understands your email, messages, contacts, calendars and other types of information, permitting it to tell a user when to leave for the airport. After it realizes you were planning a flight, Cortana would automatically check flight status, determine where the phone is located using GPS and check traffic conditions.

“This kind of technology, which can read and understand email, will play a central role in the next roll out of Cortana, which we are working on now for the fall time frame,” said Eric Horvitz, managing director of Microsoft Research and a part of the Einstein project.

Siri, as you know, responds to simpler user requests for the time being, although Apple is constantly advancing the capabilities of its digital personal assistant and could very likely announce new features at its annual summer pilgrimage for developers.