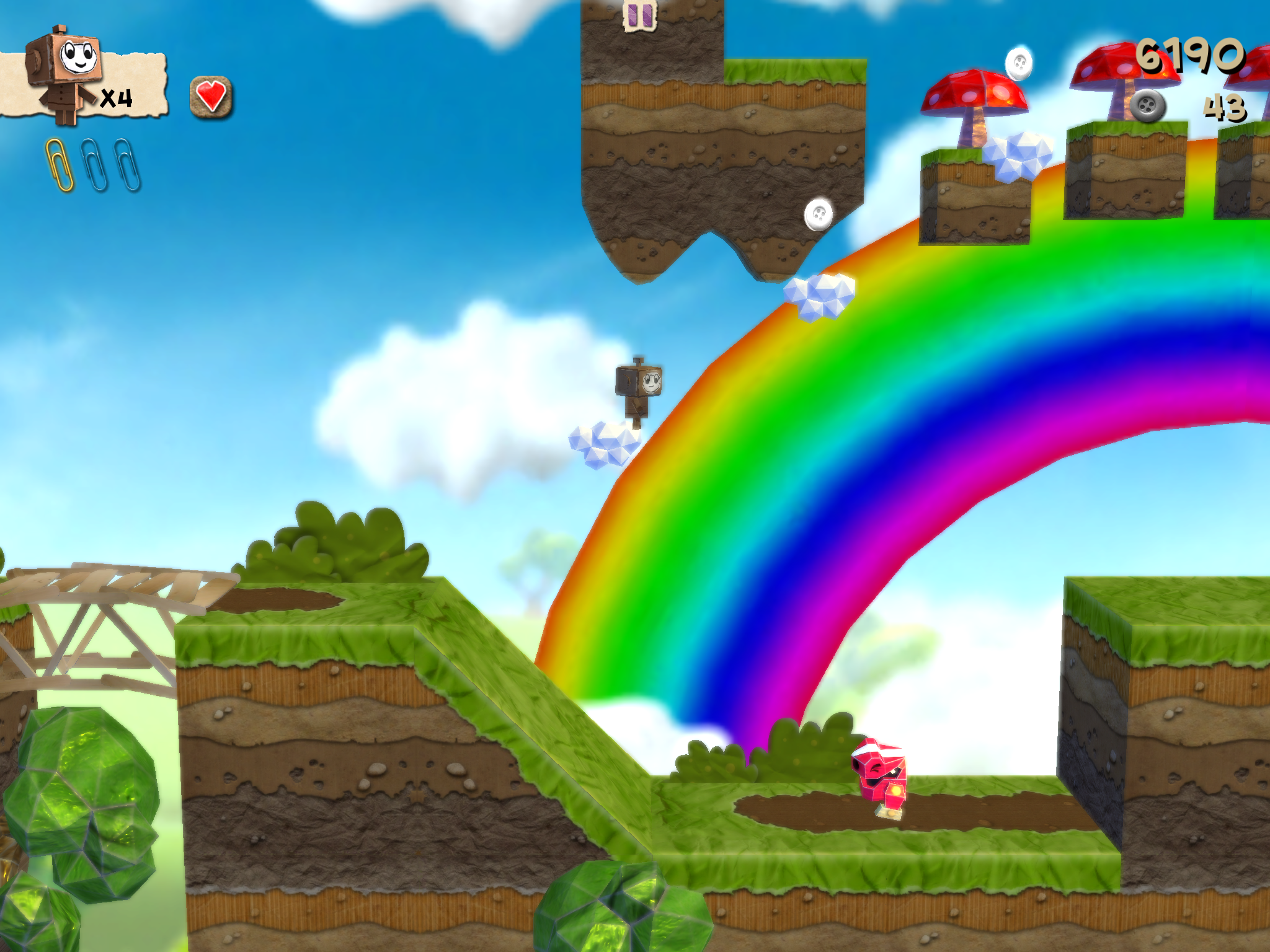 Nearly everyone with an iPhone has heard of Paper Monsters. The adorable 2-D platformer won our hearts three years ago for being one of the best in the genre at the time.

Crescent Moon Games pulled their beloved title from the App Store earlier this week and has replaced it with the PC and Wii U version, Paper Monsters Recut. One of the best aspects of this new title is that it does not feature in-app purchases. We’ve got a game review of Paper Monsters Recut for you today.

As traditional platform games go, this one is the traditional-y-ist. It features a cardboard hero out to save the day by collecting golden paper clips. This redesigned version uses Apple’s Metal framework so it is even more robust than the 2012 title.

This new title also has a bunch of brand new levels, a space-themed world, and new power ups. My favorite new feature is that the game is also MFi compatible, which makes it play like a full console platformer.

Using a cartoonish array of rainbows, blocks, and pipes, the game brings you into a paper filled world where T-Rex monsters are squashed into pinwheels and you can find secret paper clips by walking though walls. The handmade paper craft design adds to the charm of the game, making it easy to immerse oneself into the world. The catchy soundtrack is perfectly matched for the upbeat storyline.

One of the more interesting aspects of the game is that, at times, you are able to transport into the background of a level and collect items before heading back to the forefront. 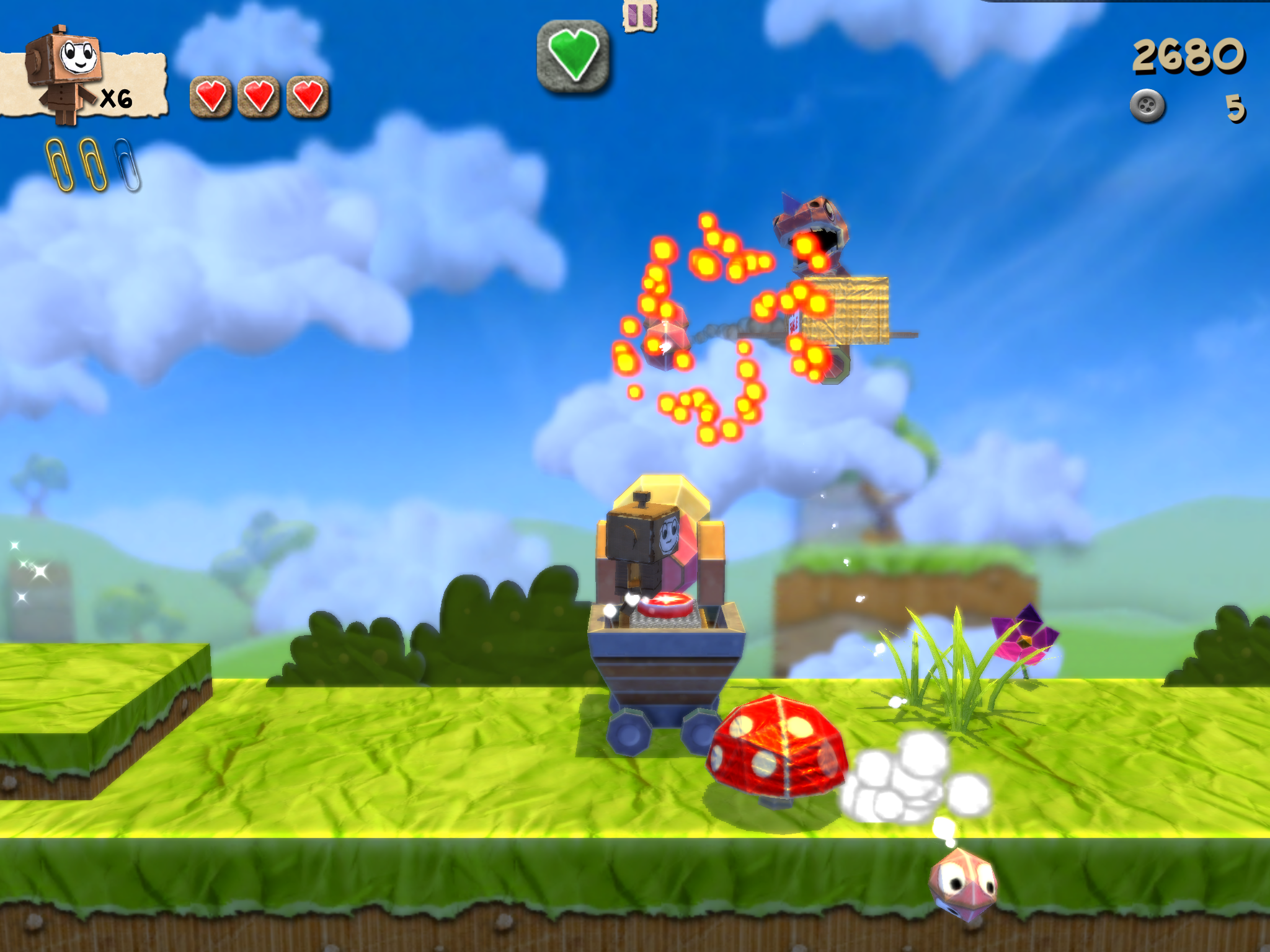 Players control a cardboard robot-like hero on a side-scrolling path to adventure. The game’s controls are fairly basic. Using the virtual joystick on the right to move and the virtual action buttons on the left, players collect buttons and golden paper clips in order to unlock new levels.

The goal of each level is to find all three golden paper clips. There are also secret, hidden golden buttons, as well as the basic buttons to collect. The more you find, the higher your point score. The paper clips unlock new levels.

For gamers that have already had their fill of the original Paper Monsters, this game has been completely redesigned. For example, instead of automatically jumping to the next level, players explore different areas in the Paperland Overworld. It is like a map of the different worlds and levels, but you interact with it, and even find hidden paperclips that unlock even more content.

Even aside from new maps and worlds, every level has been tweaked a little to offer a completely different experience from the original iOS title. The graphics have improved, the design has been updated and the basic gaming mechanics are more exciting. 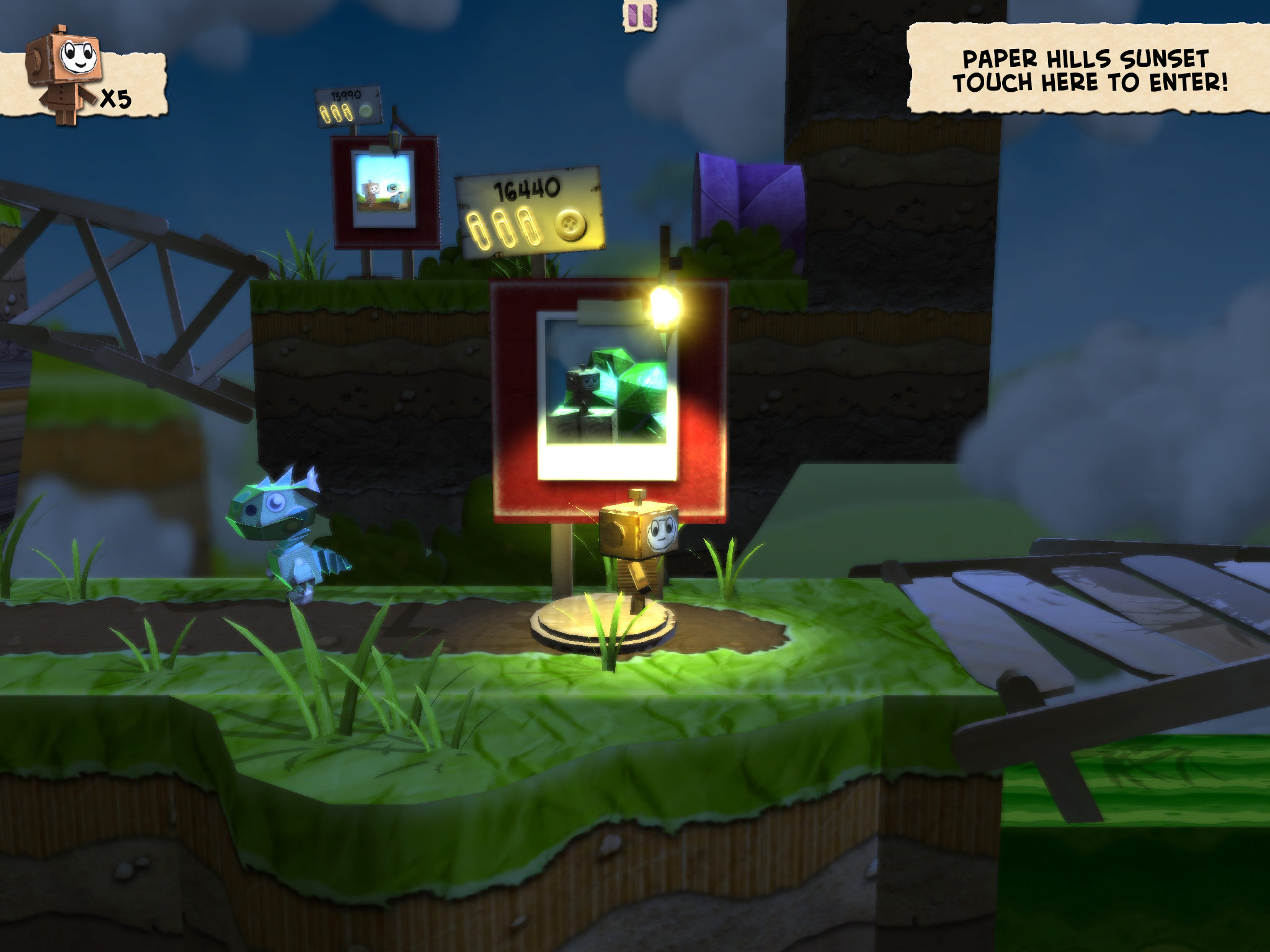 If you thought the original Paper Monsters on iOS was good, you will really be impressed with this completely redesigned version. It is just all around better – as if your favorite wallet, the one that was starting to look a bit old and worn out, was suddenly brand new again, and had extra pockets for more stuff, and was magically thinner than ever before.

I love that this game is MFi compatible. It makes the game truly a console quality title.

If you have already invested more than $0.99 on in-app purchases, you might feel a bit slighted that you’ll have to spend new money for this new game. However, it really is practically a brand new game. As I mentioned above, even existing levels have been completely redesigned with new content.

In the process of redesigning, the developers decided not to speed up the action of this game, so it still suffers from feeling a bit too easy.

Paper Monsters Recut costs $4.99 and it does not include any in-app purchases. It seems like more and more game developers are choosing the premium model over free-to-play, which is a good thing. This five-dollar version includes additional levels, power ups, secret mini games, and a whole new space-themed level.

If you have already played Paper Monsters and loved it, this new version will bring a smile to your face, but you may not want to pay for it considering you have already invested in the original one. However, because every bit of the game has been redesigned with new mechanics, I don’t think you will be disappointed to pay up it. If you’ve never played Paper Monsters, but enjoy good-looking, charming platform games, this is a pleasing addition to the roster. This game is available on iPhone, iPad, and iPod touch. Download it in the App Store today.

It reminds me a bit of the PlayStation game LittleBigPlanet. If you like platformers, you have to check out Leo’s Fortune.