At first, the company’s iCloud Status Page would not acknowledge the downtime. Earlier this morning, the company refreshed the dashboard which now shows the App Store, Mac App Store, iTunes Store and iBooks Store as being unavailable “for all users”.

UPDATE: following what became an eleven-hour long outage, the App Store and iTunes services are now back online.

Though you can see apps, music, film and TV shows in these stores, you cannot actually buy or update content for the time being.

In addition to these ongoing issues, other iCloud services were down for over four hours. iCloud Mail, for instance, was unavailable for all users so you may not have been unable to access your mail messages. 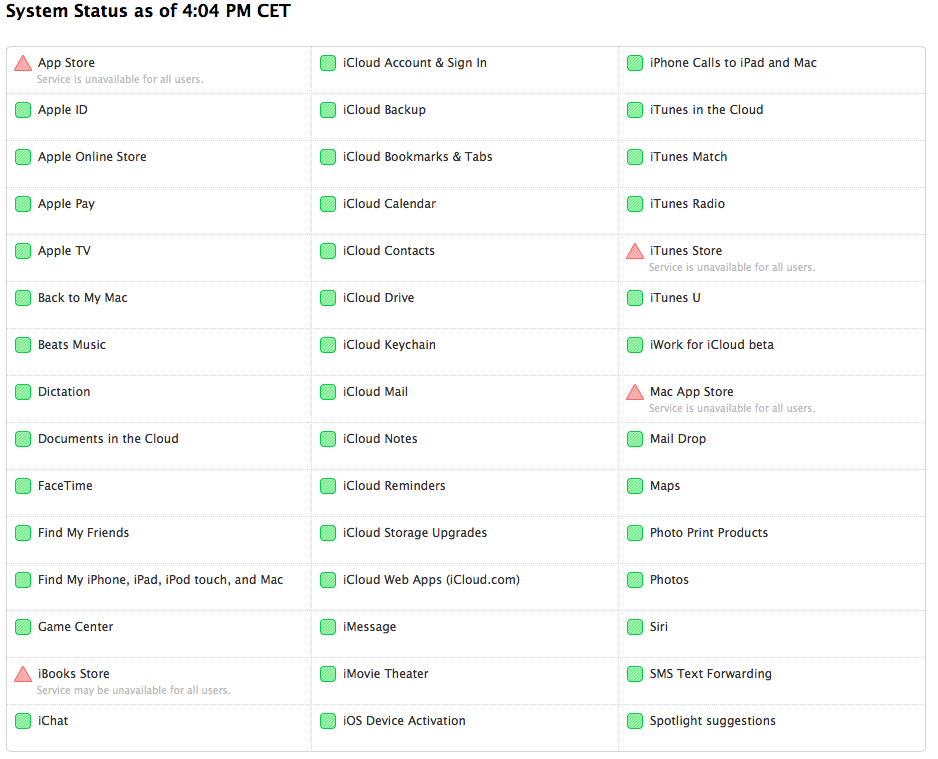 The iCloud dashboard also acknowledges that the iCloud Account and Sign In services were affected so some people may have been unable to sign in. The Next Web reported that some developer-focused services, like iTunes Connect and TestFlight, are also down.

Making matter worse, In-App Purchases seem broken and logins through the Apple Developer site were affected, too. Even the Apple Support website was down for some users.

Are you seeing these issues on your end?