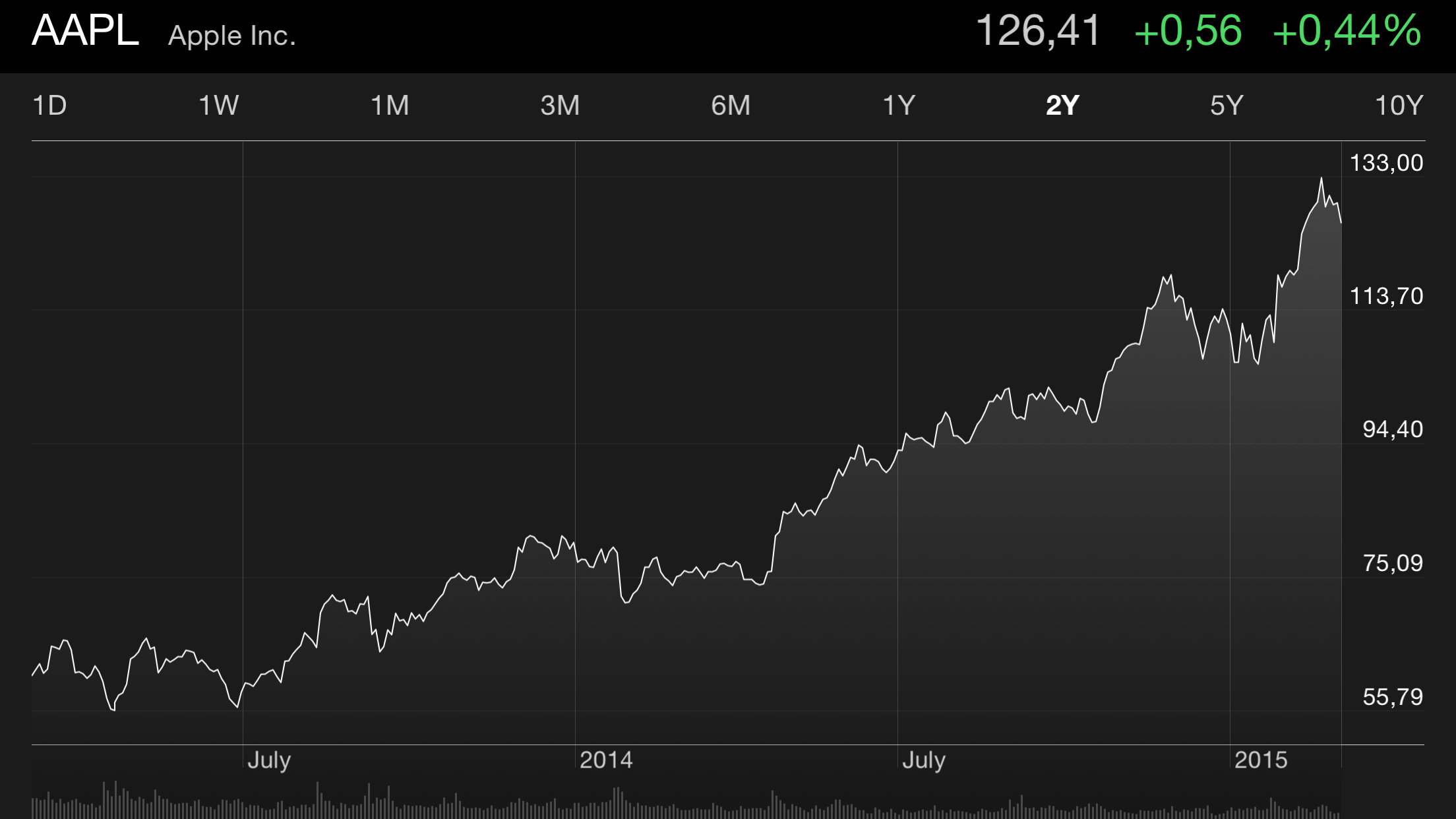 Because the Dow is a weighted average of absolute stock price (unlike other indices), Apple was unable to join the Dow until its seven-to-one stock split, which took place in June of last year.

Apple holds a market capitalization of about $736 billion, making it the largest publicly traded company in the world. By contrast, AT&T has a market value of $176.5 billion.

“As the largest corporation in the world and a leader in technology, Apple is the clear choice for the Dow Jones Industrial Average, the most recognized stock market measure,” said David M. Blitzer, Managing Director and Chairman of the Index Committee at S&P Dow Jones Indices.

Due to Visa’s impending 4-for-1 stock split reducing the weighting of the Information Technology sector in the index, they have added AAPL to the 30-stock average in order to partially offset the reduction caused by Visa, according to the S&P Dow Jones Indices.

“In price weighted indices such as the DJIA, a large change in price of a high priced stock can have a material impact on sector representation in the index and this index change is designed to minimize that impact,” the organization said.