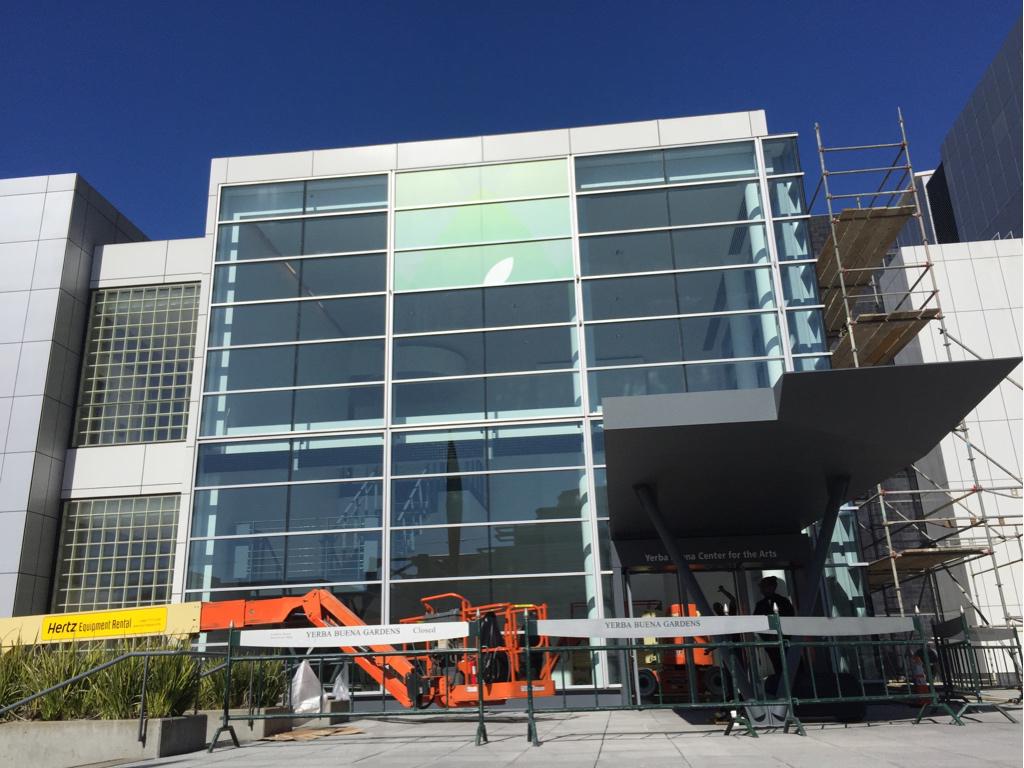 Apple has begun decorating the outside of the Yerba Buena Center for the Arts in San Francisco, ahead of Monday’s Apple Watch event. Creative Strategies analyst Ben Bajarin posted the above photo on Twitter this afternoon, showing a banner being hung on the front of the building.

The image on the banner matches the one on the invitations Apple sent out to media members last week for the event, which it has dubbed ‘Spring Forward.’ The phrase is a reference to Daylight Savings Time, which begins Sunday, and hints that the event will focus on the Apple Watch.

In addition to decorations, Apple has also constructed a separate building just outside the Yerba Buena Center, similar to the one it built for its fall event. It’s believed that the structure will also serve a similar purpose this time, as a sprawling display and demo area for the wearable.

The event begins at 10am Pacific time, and there will be a live stream. As usual, iDB will be covering the keynote and all subsequent announcements throughout the day, so make sure that you join us—with Apple Watch and who knows what else, this is one event you won’t want to miss.