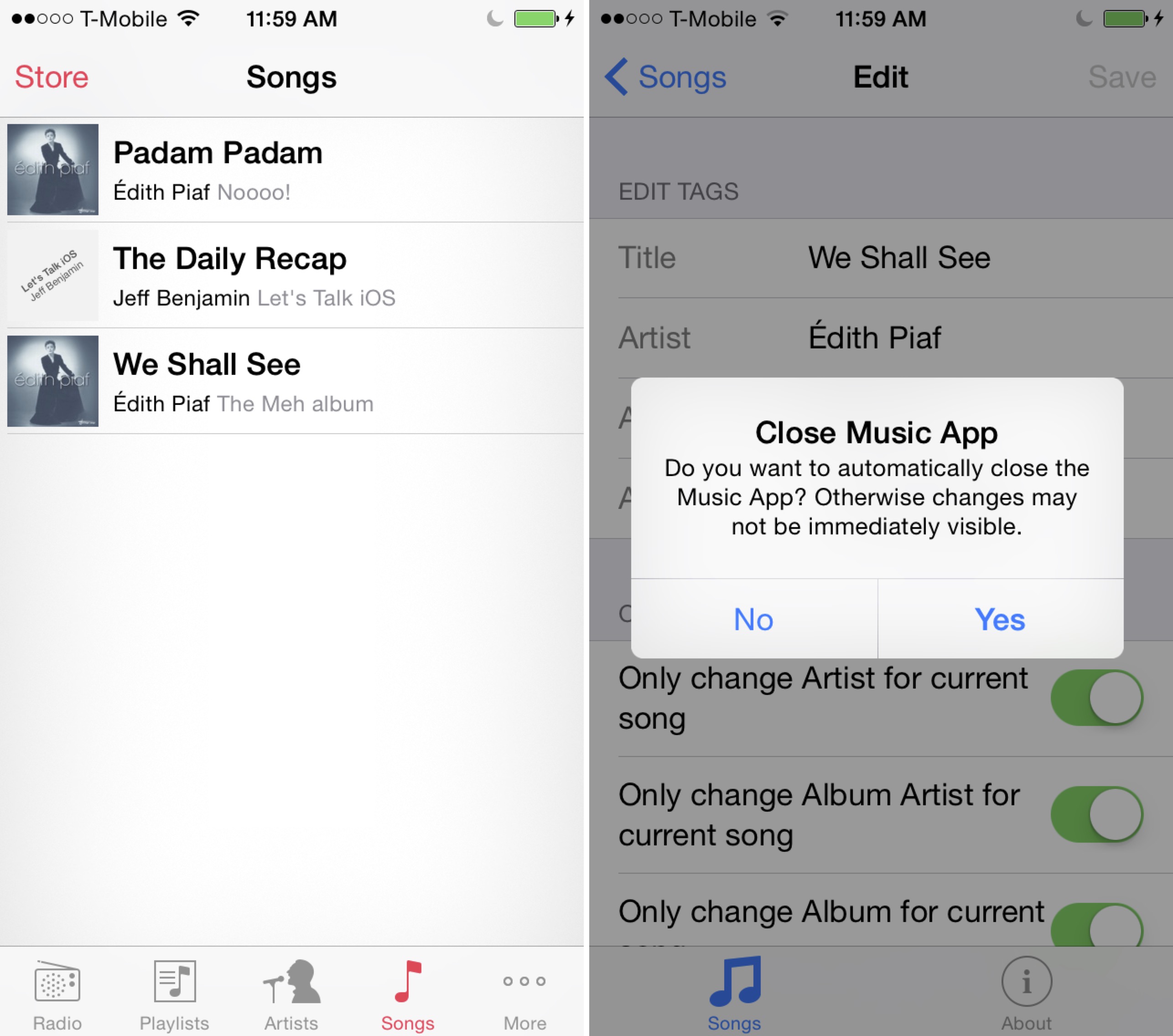 If you’ve ever had the desire to edit the metadata tags for the media content on your iPhone, then TagExplorer is a brand new $2.99 jailbreak app that you’ll want to, ahem…explore. It brings metadata editing capability to the iPhone, and allows users to edit the tags for music, podcasts, videos, and more. It even lets users locally edit tags for music downloaded from iTunes match.

Since TagExplorer is a standalone app, once it’s installed, there is no need to respring. You’ll find an app icon on the Home screen for the app, which is what you’ll use to modify your media content’s tags.

TagExplorer lists all of the content available for tagging on your device. For example, for music it lets you customize the Title, Artist, Album Artist, and Album tags. You can then choose whether or not to make the changes only to the current song, or if you’re rather the changes to take place for all songs matching the current artist of album.

Once the changes are made, tap the Save button in the upper right-hand corner of the screen. You’ll then be prompted to restart the Music app to pull in the latest changes.

You should be aware that the changes on device only apply to that device, and don’t sync back. It’s possible to edit content provided by iTunes match, or to edit content synced via iTunes, but the changes that you make won’t sync back to the cloud or back to iTunes. With this in mind, TagExplorer is primarily aimed at people who use tweaks like Bridge or AudioExplorer+ to clean up their tags. 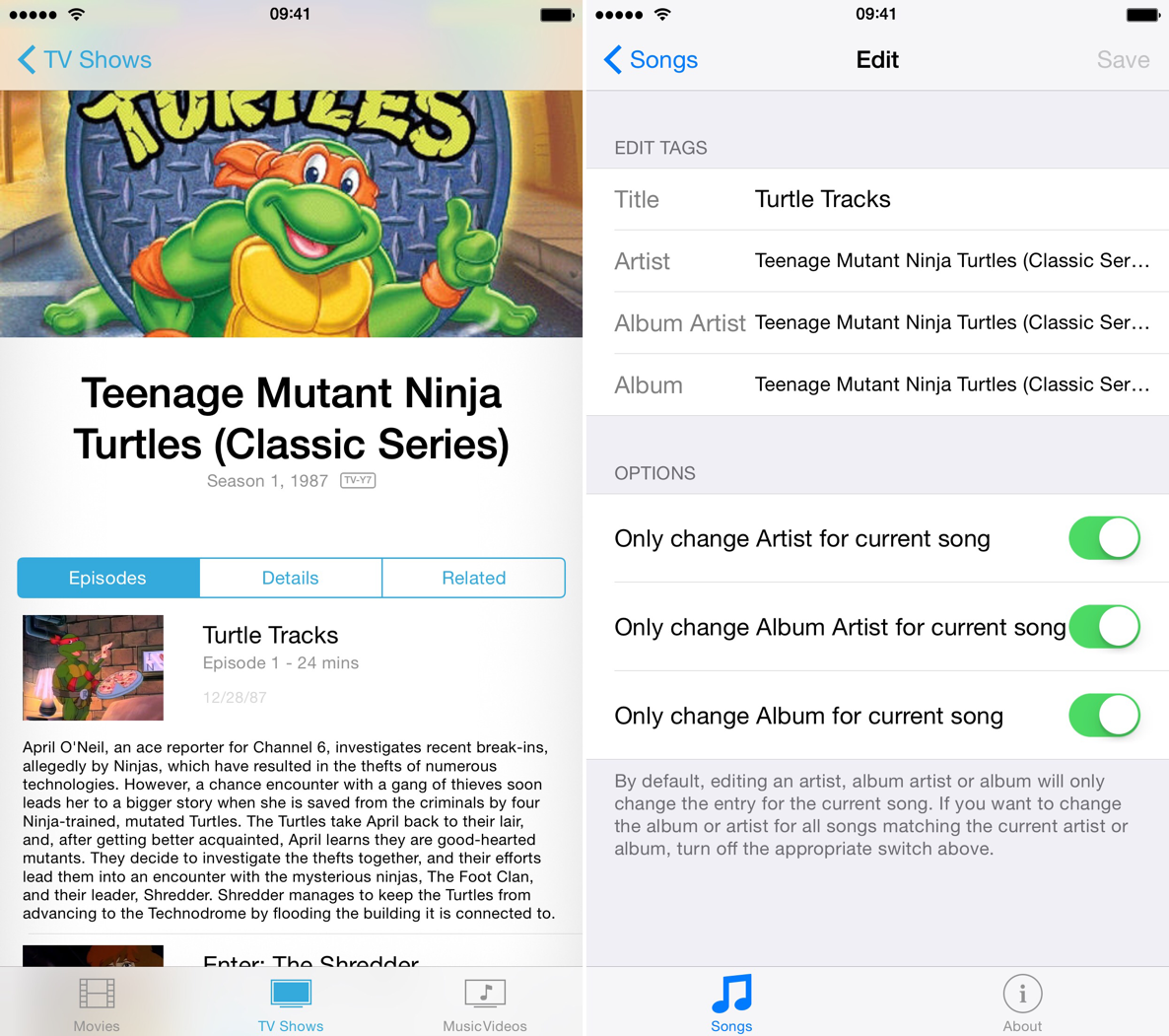 Although TagExplorer says that it allows users to customize tags for other media types like podcasts and even videos, I found that anything outside of a traditional music track wasn’t very ideal. For example, I downloaded an episode of Teenage Mutant Ninja Turtles, and although I was able to edit its tags, the tags were limited to the typical song stuff like artist, album, etc.

While TagExplorer works, it is limited in scope. If you recognize the app’s limitations, then I think most will be satisfied with what it can do. With that said, if you do lots of local importing of content with messy tags, then TagExplorer is the ideal app for you. You can have it for $2.99 on the BigBoss repo.