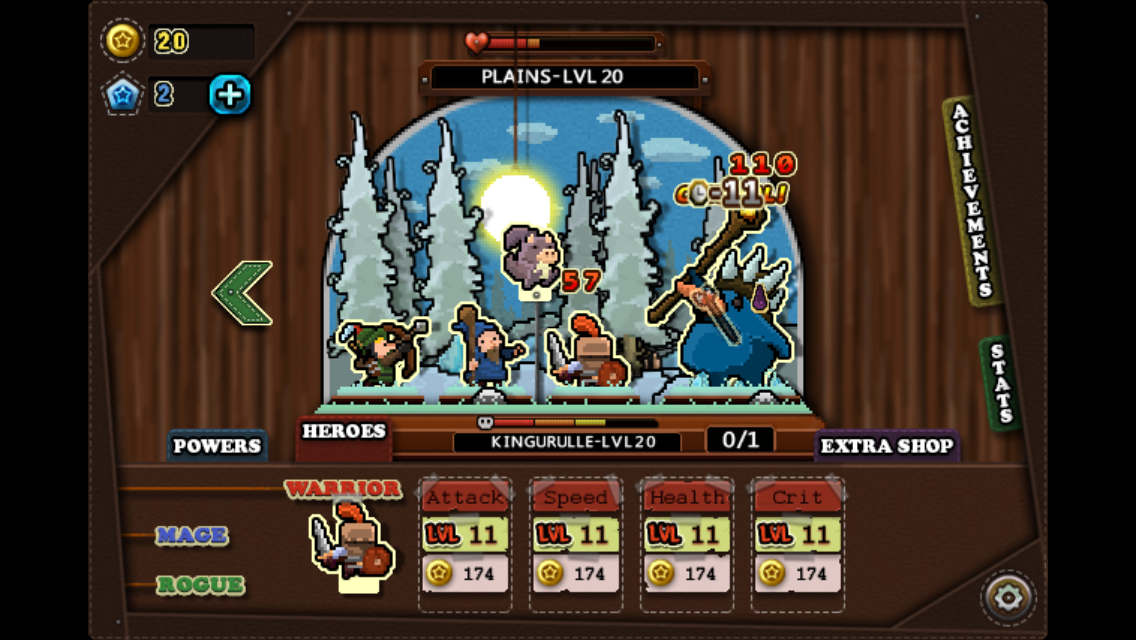 You may recall my review of Dreeps, which is a role-playing adventure game that plays by itself, even when you don’t have it open. It works great for gamers that just don’t have time to game.

Tap Heroes is similar in that the fighting continues whether you actively participate, or simply watch the action unfold. We have a game review of Tap Heroes for you today.

The idea is that, you can play along by tapping the left or right side of the screen, which will definitely get you more coins, gems, and experience points. Or, you can simply watch as a bystander and see how your heroes manage on their own. The level of participation is dependent on you.

The landscape two-dimensional screen looks like a cut-and-paste puppet show. The heroes and monsters appear to be sitting on top of sticks. The surrounding frame could be the window of a puppet theater booth.

Your heroes and their stats are displayed at the bottom of the screen, along with their current level and the cost to upgrade each stat. The achievements section, which is the main reason to play the game, is accessed by tapping the tab on the right side of the screen. Your game stats are available from the tab right below the achievements. 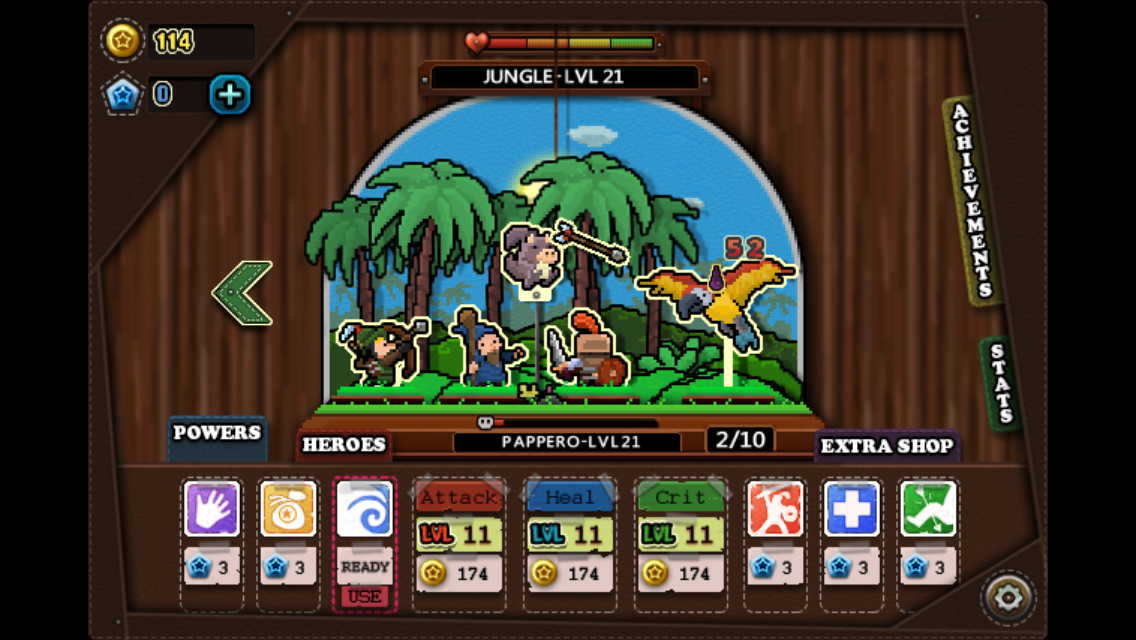 As I mentioned above, your level of gameplay could amount to zero, if that is your preference. However, if you want to participate in the game, tap the right side of the screen to attack and tap the left side of the screen to heal. If you do nothing, your heroes will perform both actions on their own, but not as fast.

As you earn coins, use them to purchase upgrades for your heroes and powers. The higher your level, the faster you can defeat your enemy.

You can also earn gems, which are used to buy special powers, like the Great Tide. Once purchased, these powers can be manually activated at any time, but have a lengthy cool down duration.

The key to earning more gems, which are rare in this game, is to earn achievements. The first couple of achievements in a category will only earn you coins, but once you make it to the harder tasks, you’ll begin earning gems instead. For example, you will earn a gem for defeating 10,000 enemies, or tapping the screen 50,000 times.

So, while the game may continue without your interaction, it behooves you to participate so you can earn gems. 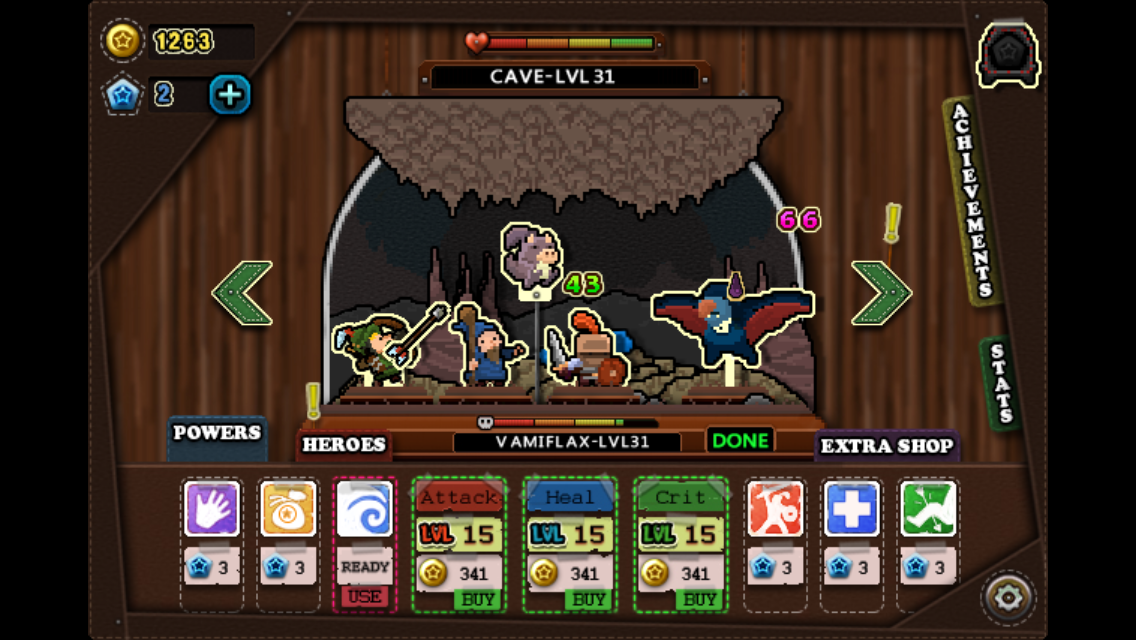 I like opening this game and letting my heroes play by themselves while I work. Every once in a while, I’ll jump in to help defeat a boss or level up some stats. When I have more time, I tap away at the screen, mostly so I can try to earn those achievements faster.

You can’t select an item that you have not purchased in order to see more info about it. For example, in the Extras Shop, there is an inn that I could buy for 35 gems, but I have no idea what the inn does.

There is both a free version and a paid version of Tap Heroes. The only difference is that the paid version comes with the Familiar Pet, which you could get from the free version with gems. The replay value is definitely high since you can play through at least 100 locations. You don’t even have to play. Just watching the heroes fight is good enough.

If forced to make a choice, I’d download the free version and spend any additional money on in-game gems that I could use to buy special powers. As cute as the Familiar Pet is, it doesn’t seem to add much to the party. So, if you are interested in an idle RPG, you can grab the free one and play at your own rate and investment. This game is available on the iPhone, iPad, and iPod touch. Download it in the App Store today.

The same developer of this game also made the simple, yet fun tapping game Loot Hero.

Tap Heroes developer, Daniel Hjelm, has generously offered our readers for additional promo codes for paid version of this game. Don’t forget to say “Thanks.”