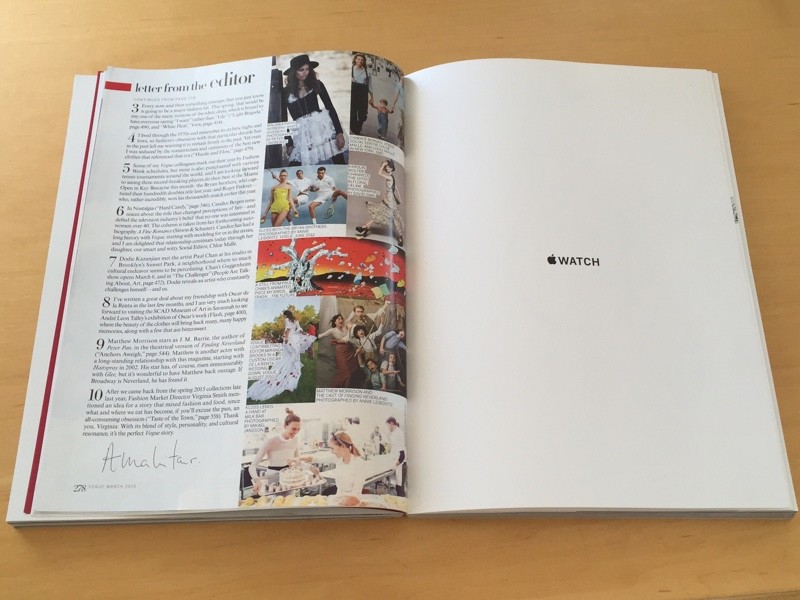 Looks like Apple’s marketing department has chalked up another win as the widely respected Vogue just gave the Apple Watch serious exposure.

Because the device is depicted in actual size, the magazine’s fashion conscious readers can get a feel of how big the Watch is in real life.

Vogue is a fashion and lifestyle magazine so these ads depict higher-end Watch models. Seen below is the Apple Watch with a Milanese loop. 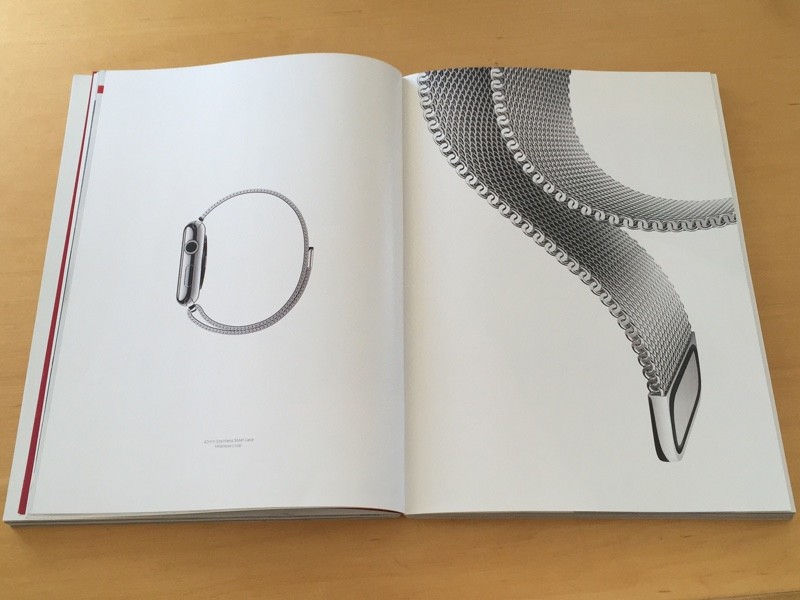 Needless to say, no fashion-focused Watch advertising is complete without the Apple Watch Edition appearance. 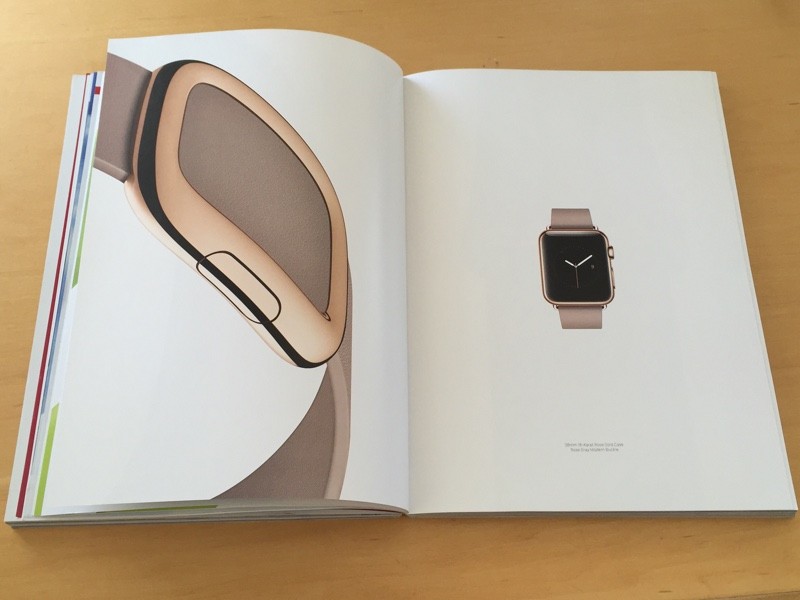 Additional photos below via Carlos Ribas. 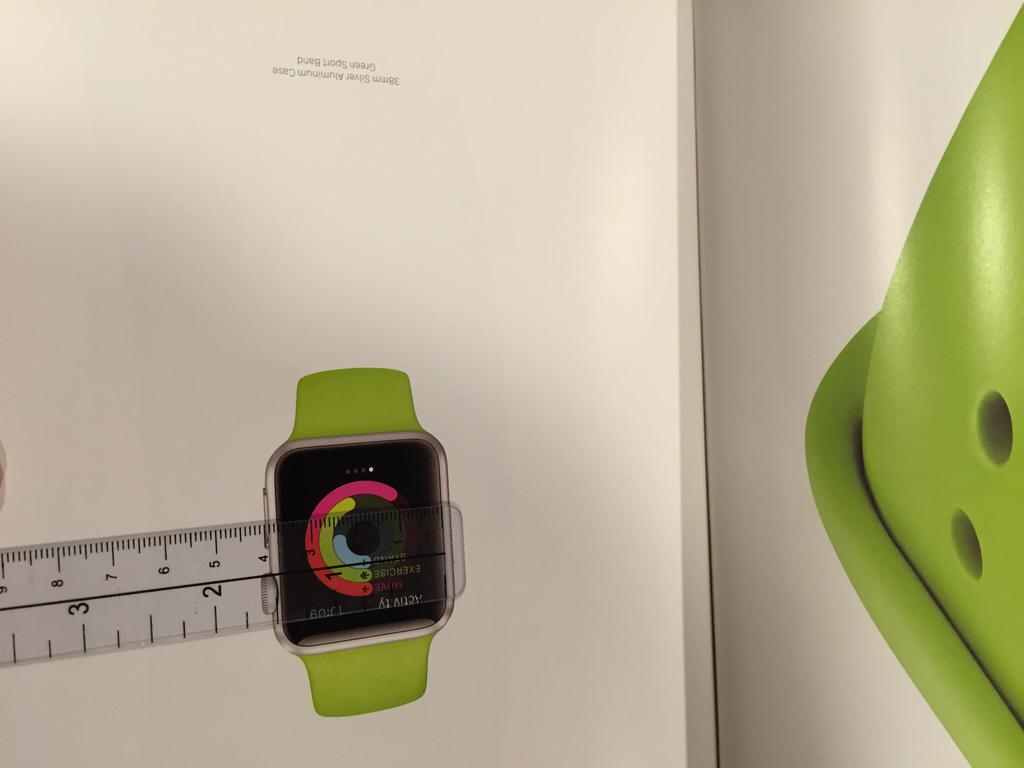 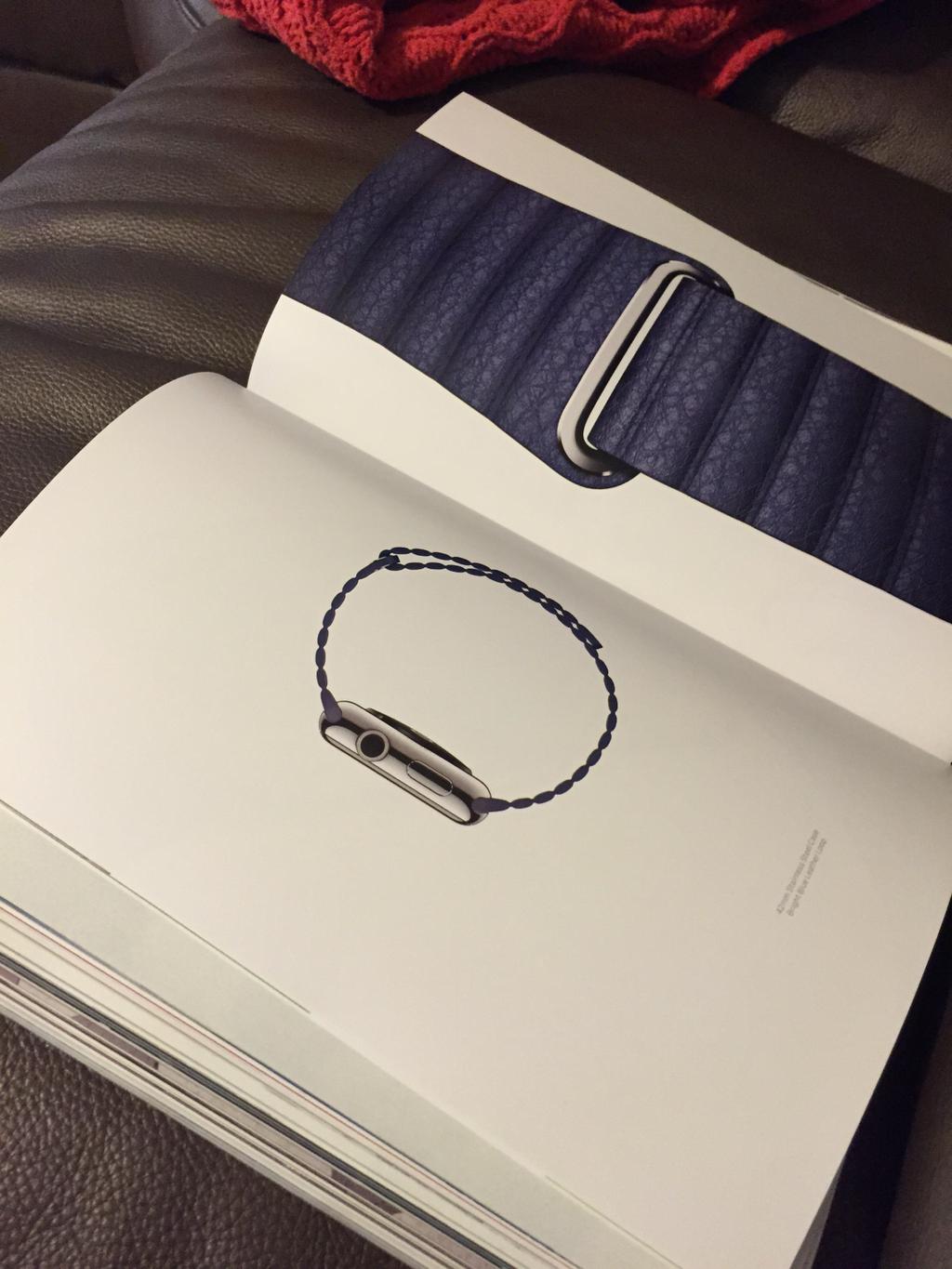 Apple didn’t stop there: the tablet edition of Vogue features a video ad for the Apple Watch Edition, check it out below.


Apple has been amping up Watch advertising in recent weeks.

Last week, the March edition of Self magazine pitched the device to fitness enthusiasts in a need of a comprehensive activity tracking accessory, by featuring supermodel and Victoria’s Secret Angel Candice Swanepoel who can be seen on the magazine cover wearing the Apple Watch Sport. 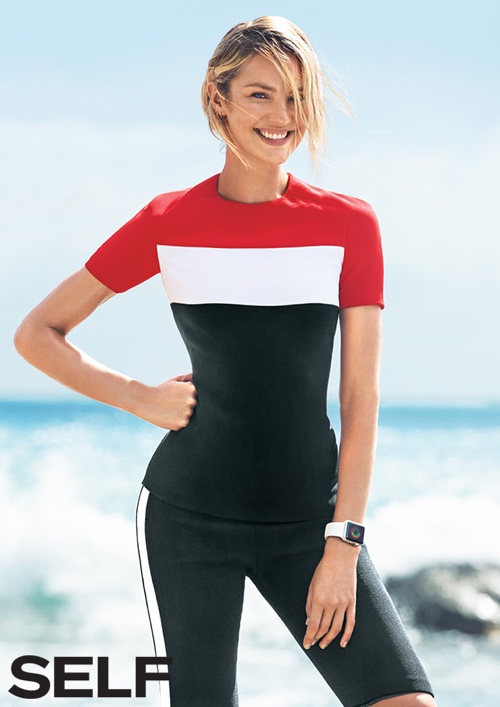 Apple Watch is arriving this April, starting at $349 for the Sport model.

Word on the street is that Apple will be holding a media event prior to the device’s arrival, presumably to discuss currently unknown specifics like Apple Watch and Apple Watch Edition price points, battery life, repairability, upgradeability and more.

A report earlier this morning quoted Apple CEO Tim Cook as saying that he wears his Apple Watch everywhere, “even in the shower,” prompting speculation that the device’s water resistance specification may have changed since it was first announced last fall.